The Mac is still an extremely credible creative machine 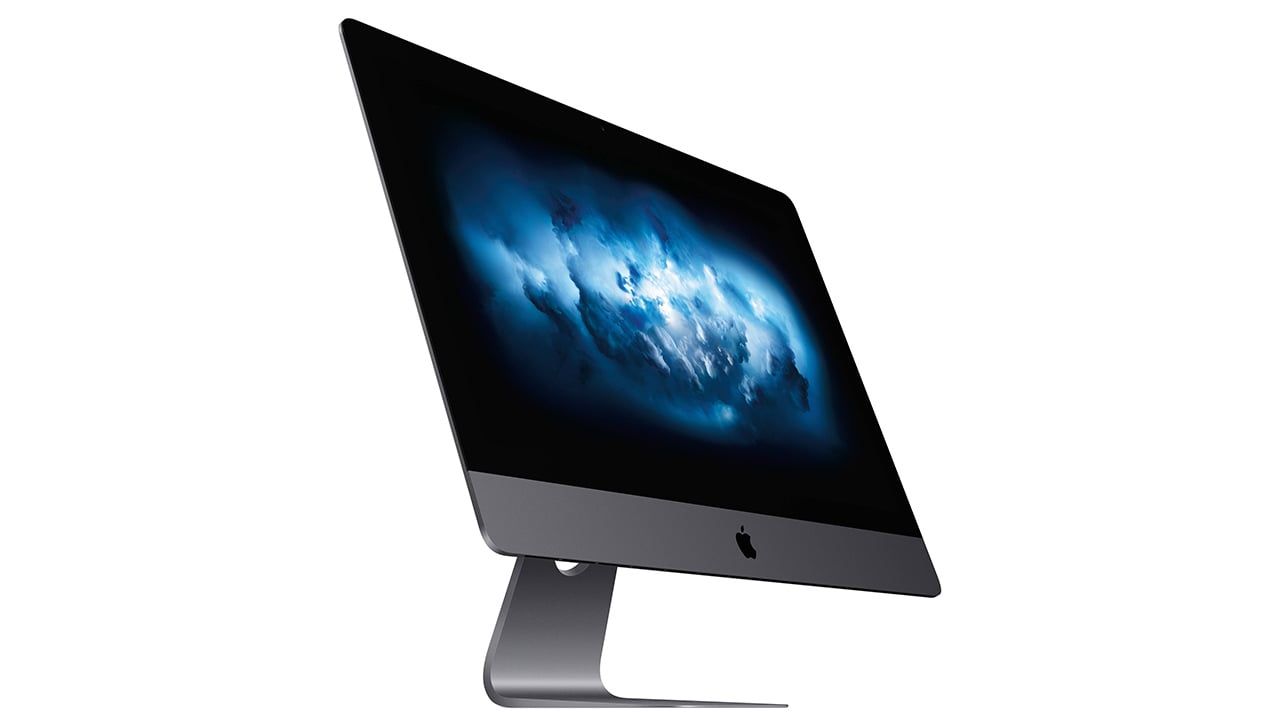 The iMac Pro is a powerful machine, but is the lack of expandability really a reason not to buy one?

Opinion: Why are Macs criticised so much when their actual performance with video is so good?

As a Mac user I find myself constantly bombarded with suggestions that I should move back to Windows because I can buy a computer that is much cheaper than my current one, but with much better specifications. Expandability is also thrown my way as a reason to move back amongst many other reasons. Apparently I am a fanboy and a sheep with no capability for independent thought.

I used to be a heavy Windows user

Now, a little background. I used to use Windows all the time. I used to build my own workstations for editing on, and even ran Linux Ubuntu on a few of them. So I’m not technically illiterate, and I’m not closed off to what other OS systems are like or are capable of. But I am also a creative person. I make video, so I must be by definition, apparently.

One day early in 2007 I was given the opportunity to try a Mac with FCP 6 Studio on it. Let’s just say that I pretty much sold my existing workstations immediately and got a Mac Pro tower, which lasted me for a good number of years. For me, the difference in usability and thought that had gone into the user experience in OSX was simply beyond compare at the time. And I haven’t budged since. Although I have gone back occasionally and dabbled to see if anything has changed that could persuade me to move back.

When I was younger I used to tinker and fettle with things, whether it was a mountain bike or a computer. But these days I am fed up with dealing with technical issues, and I don’t have much patience for cryptic user interfaces and errors.

I don’t want to have to download or pay for codec packs just so that I can get certain types of footage to play back or work in an NLE. I don’t want to have to download Java Runtime whatever etc just to get an NLE installed and working. I don’t want my operating system beeping at me with random sounds that don’t appear to be connected to anything that is visually happening, or popping up with random messages telling me that I should run some kind of optimiser for a particular app I am using. And I certainly don’t want my OS telling me that the web browser I am using (Chrome) is effectively rubbish before booting up what it thinks I should be using without my permission instead.

I like the little things to be right. If I go to the mouse settings I don’t expect to have to follow a secondary link to get to more of them before being presented with dialogue boxes that were designed in 1998. I would also expect the icons for turning on and off Bluetooth etc would at least look like they were designed this millennia and part of the current OS versions visual design ethos. I don’t want to have to jump through hoops to solve the issue of why some apps have really blurry text on a high resolution screen even though they would appear to be using system fonts. These are just the tip of the iceberg. And while you might tell me that I’ll just get used to such happenings, the fact is that I shouldn’t have to!

And that’s one big reason I am sticking with my Mac. I just do not have those issues. Ever. The user interface is a pleasure to use. It makes me more productive. All those little foibles within Windows do not seem much at the time to someone who has only ever used that system, but added up over a long period that’s a lot of potential frustration. 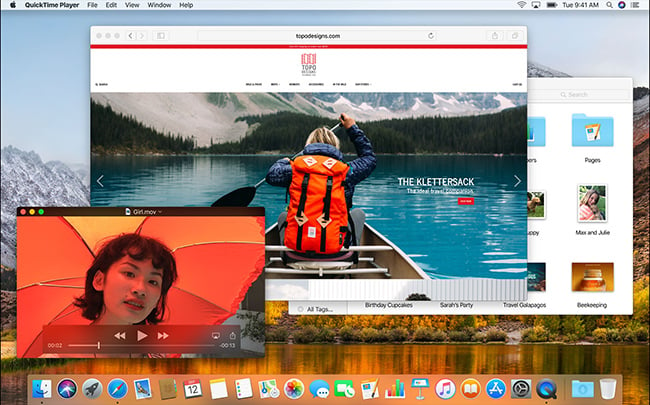 The ease of use and convenience of macOS aids productivity

Apps are the same on both systems, or are they?

It is perfectly true that once you load up an app it looks and works the same whether it is the Mac version or the Windows version, assuming you are using Resolve, Premiere, or other multi-platform software. Until that is, they don’t.

It’s the point at which you go to render out a file and realise that you only have half the codec options, or you need to collaborate and discover that unlike the Mac your PC can’t deal with hard drives that are formatted from other operating systems. I can collaborate with PC users if they send me a drive. If it goes the other way I have to specially format a HDD for them or buy a new one for them.

Then there are the day to day conveniences. My web book marks go with me on all my devices, including all the ones I am currently reading on a different machine. I can deal with text messages to any phone on my desktop using the Messages app. Calls will pipe through to my computer so I don’t have to fumble around for my phone. The often much derided Apple ‘ecosystem’ that for some reason certain people see as being ‘evil’ generally works very well indeed without fudges. Will it work for all? No, but it works very well indeed for me.

Resolve 15 is an example of software that I discovered rendered files out much faster than a Windows based machine with much better 'on paper' hardware. Rudimentry tests I admit, but it shows that paper specifications are only half the story.

Performance turned on its head

One thing that I hadn’t expected when I recently went back and dabbled in the Windows world was that my current MacBook Pro was rendering out files for Vimeo etc faster than a machine that, on paper, should have knocked it into a cocked hat. In some cases the Mac was twice as fast. Now, this all depends on the encoding software. My initial test was done in DaVinci Resolve 15 public beta. The Windows machine went faster and sealed the gap when I used the Adobe Media Encoder. But the main point here is that speed isn’t always to do with outright hardware specs. The efficiency of the software programming and optimisation plays a massive part in things.

The lack of expandability is usually the biggest criticism levelled at Mac based systems. This wasn't always the case. For example I upgraded my 2006 Mac Pro tower from a 4-core machine to an 8-core using slightly later generation Xeon processors, as well as changing the graphics card out to one with a much more capable GPU.

But in general I find upgradeability to be something of a fallacy. I have often found, and indeed used to find when I ran PCs, that by the time I reached a point where I wanted or needed to upgrade something in a truly meaningful way, the CPU socket types had changed, meaning a new motherboard was needed, or the interface with the graphics card, or some other must-have new technology had arrived. All of which meant that by the time I had priced up all the new components I would need to make it work, I was pretty much just buying an entirely new machine from scratch anyway. With Apple computers generally retaining a much higher resale value than Windows based counterparts, you can generally sell on a couple of years after first purchase and buy a later generation machine with the proceeds.

The Mac OS is not perfect. No OS can possibly be. If it was there would be no need to ever update it. Making a new OS is a huge deal, and it can certainly be argued very effectively that the low number of hardware combinations gives Apple a head start. Or does it?

Where Windows is concerned, coping with different hardware configurations under the hood is one issue, and a very difficult one to deal with at that. But it is an entirely separate issue to one of interface design, efficiency, and user experience. In fact I would argue that the need to deal with lots of issues relating to different hardware configurations should mean that even more focus should be placed upon UI cohesiveness and useful error reporting on such a system. But this is not the case.

Is one better than the other?

I’m going to stick my neck out and say categorically that I rate Mac’s higher than PC’s. And that’s because I’m looking at the whole picture, not just outright hardware technical specifications. I couldn’t care less if it has a year or even two year old GPU in it. But then I’m not doing the sort of work or the amounts for which a few seconds better render time could add up to many hours over a year. If that’s you then perhaps a Windows PC is better for you

And that’s why I can say that while personally I rate Mac’s much more highly than Windows based PC’s, I am not curmudgeonly enough to say that a Mac is what you should be using, because I am open minded enough to know that if you need certain hardware and software combinations the Mac may, simply, not be able to cater to them.

But by the same token I do know that while I could very easily use a Windows machine instead, I wouldn’t enjoy doing so anywhere near as much. The fact that I haven't yet felt the need to throw my Mac through a window is testament to that.