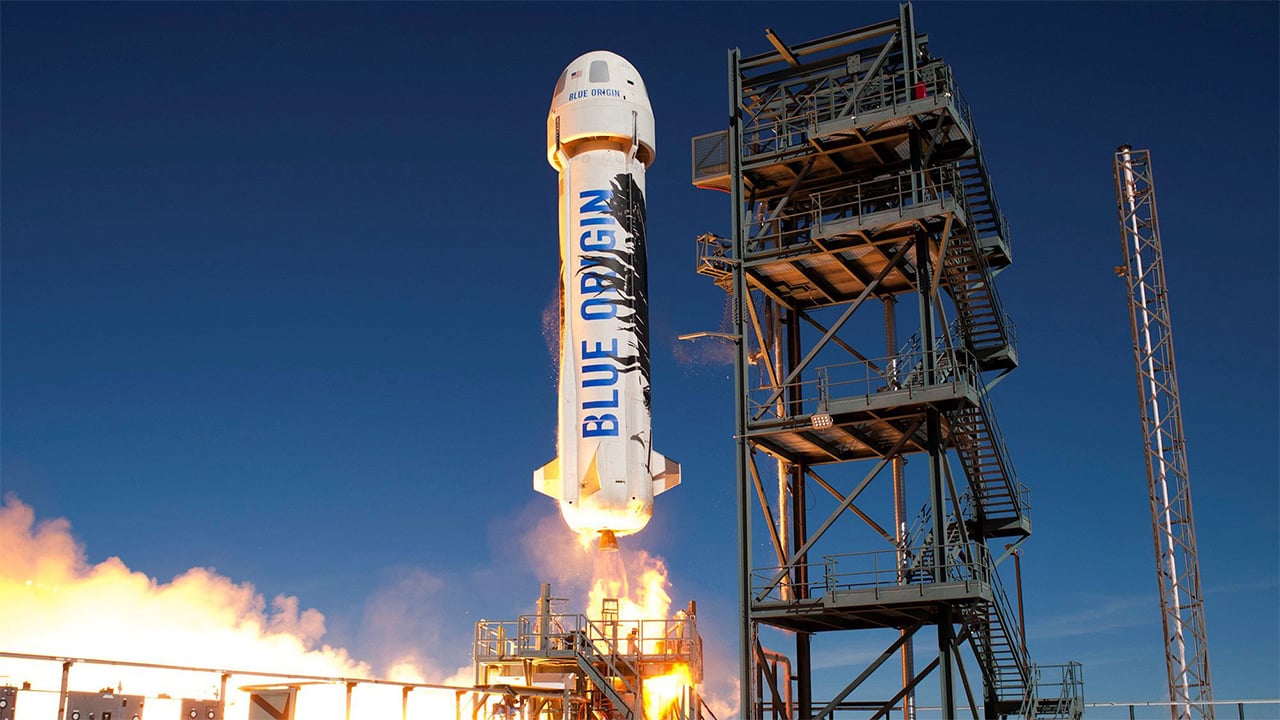 Ok, Elon Musk is probably better known for re-usable rocket launches, and landings by his Space X company. But his nearest rival, Jeff Bezos, is not far behind him, and the latest flight by Blue Origin's New Shepard rocket is still just as impressive.

Any time a rocket is launched, and then lands successfully just like Thunderbird 3 I'm impressed. The engineering complexity to enable this must be staggering, and I'm on edge each time it happens. What's even more staggering is that both companies are aiming to be able to land these craft on moving platforms in the sea (previous landings have been to platformd that have been static at the time of landing).

We could talk about the cameras and lenses that were used to capture the 8th flight of New Shepard. In video terms that is quite an achievemet, to track a rocket travelling at over 2000mph at a height of 350,000ft. But it is the flight itself that needs to take centre stage. Given what we have seen of Space X so far flights such as this might come across as routine. They are anything but. Although of course the aim is to be able to make such things more routine than they are.

To give an idea of how things have progressed since govermentally owned departments such as NASA were relegated almost to spectators in this race, the Space X Falcon 9 rocket was fully developed for a cost of $390m. In contrast NASA admitted in 2011 that if they had developed it, due to procurement procedures, it would have cost them $4bn to do the same job.

What does this have to do with the film and television production world? Nothing really, except to say that when we look at technological development as a whole, we seem to be progressing at an exponential rate. Only 140 years or so ago we could barely drive a reliable car. It sounds like a long time ago. But my Great Grandmother was still alive in the mid-90's and she was born in 1896. We are only a two to three generations away from such periods being within living memory. And now we have private individuals funding the creation of rocket systems that not only fly into space and then land again, but do so autonomously.

It's the huge progression in computers that have allowed this. From the height of the space race through to the days of the Shuttle, neither NASA nor its Russian counterpart could have developed such craft as cost effectively, reliably, or possibly at all!

Without further ado, enjoy the video below. Launch is 38 mins in. Thunderbirds are go!