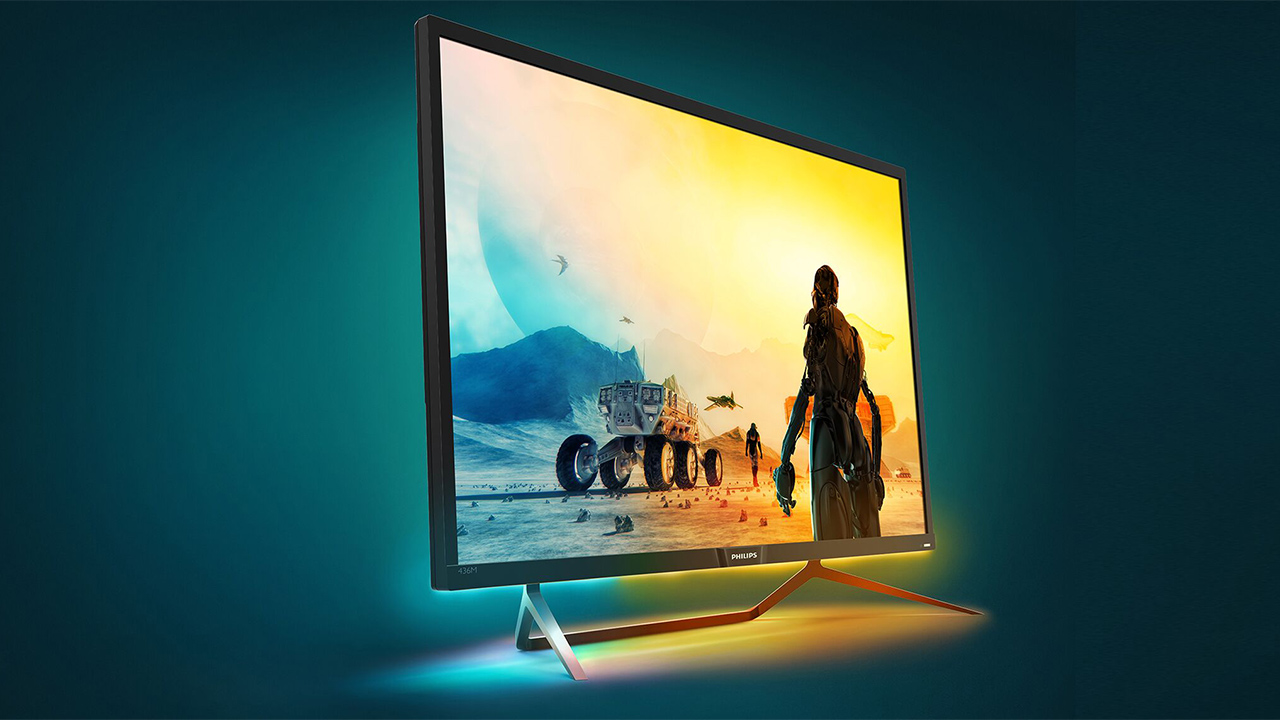 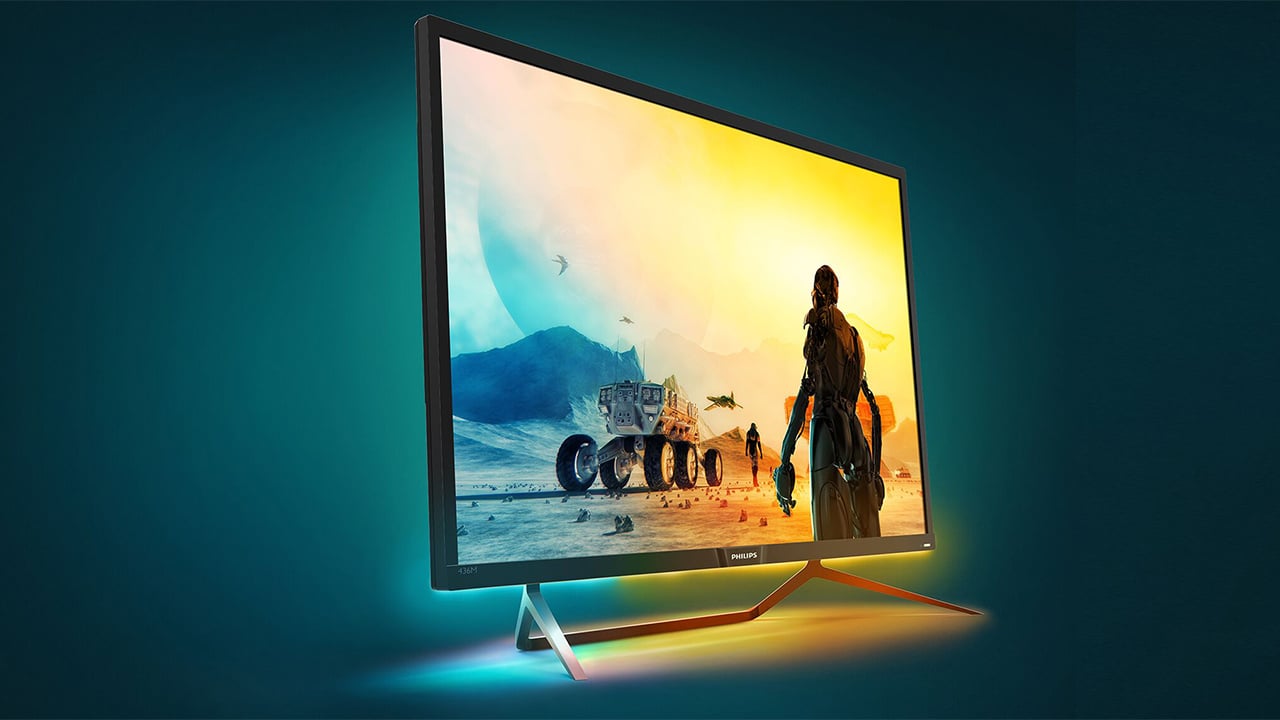 When DisplayHDR was launched late last December as the first open standard specifying HDR quality, few would have predicted that its highest benchmark would have been attained quite so soon. Yet Philips has done this with the Momentum 436M6, a new 4K 43-inch monitor for content creation as well as gaming or film or sports viewing, that achieves a DisplayHDR rating of 1000 – the highest possible.

The Momentum further features Ambiglow, an ambient-lighting technology that Philips says “enlarges” the picture by creating “an immersive halo of light” around the outside of the screen. In other words, it illuminates your walls and floor to match the content on screen. Internal processing analyses the incoming image content and continuously adapts the colour and brightness of the emitted light to match the image. Users can adjust the ambience to their liking.

Another of the monitor’s functions, called MultiView, means that you can work with multiple devices like PC and Notebooks simultaneously for multi-tasking. So that, could be viewing and simultaneously colour grading a piece of content or watching a live football feed from a set-top box on one side, while playing a gaming console on the other.

So, Philips is pitching the Momentum 436M6 for both production and entertainment and has priced it accordingly at sub-U$1000, at least when it launches (in the U.S market initially) in the summer.

As with any new technology there can be confusion out there regarding HDR specs and benefits. The DisplayHDR standard, developed and administered by the Video Electronics Standards Association (VESA), is designed to make monitor shopping easier by offering a comparable standard to judge HDR picture performance.

The standard codifies the quality of HDR displays in three tiers: DisplayHDR 400, 600, and 1000 - numbered for their brightness in nits.

The baseline DisplayHDR 400 is 50 percent brighter than your typical SDR laptop display and must meet a bit depth of 8-bit, whereas the vast majority of SDR panels are only 6-bit. The 600 mark ups the brightness to 600 nits while requiring improved black levels and 99 percent BT.709 colour accuracy. A 1000 rating delivers even deeper and more nuanced darks with local dimming for two times greater contrast than the 600 with advanced specular highlights.

All product with a DisplayHDR certificate have been tested for peak luminance, contrast measurement, testing of the BT.709 and DCI-P3 colour ranges, bi-depth and a HDR response performance test.

The spec is limited to LCD monitors – covering 99% of the desktop monitor market, although VESA has suggested it will incorporate OLED displays down the line.