4G on the moon? If Elon Musk's rocket makes a successful mission in 2019, we'll soon all be able to get a live stream direct from our closest celestial body.

Space is being commercialised – or as the spin would have it – democratised. It’s certainly being televised. With 3D printed rovers, a member of the original Apollo team, an online site retailing orbital transport and $20 million cash up for grabs, are you sceptical or excited as the new space race heats up?

In July 2019, it will be fifty years since the Eagle landed on the Moon and while the anniversary will be widely celebrated, there can be few better ways to mark the occasion than to go there again. Virtually at any rate.

For Elon Musk’s SpaceX launching a rocket into Earth orbit is the easy part as it ramps up plans to send a human crew to Mars, but when this one lifts off in 2019, it will carry vehicles and telecommunications equipment to touch down on the Moon’s surface.

The mission is being run by German engineering and science company PTScientists and sponsored by telco giants Vodafone, Nokia who aim to supply the first 4G network on the moon, supporting live HD broadcasts from the lunar surface back to Earth.

Live streaming from the Moon

This will include live streams of footage from the area around NASA’s Apollo 17 lunar roving vehicle, which was abandoned in the Taurus-Littrow valley in 1972 – the last time humans walked on the Moon.

The stated goal of PT (short for part-time) Scientists is to show that it is possible to build a sustainable business in space exploration.

Chief executive and founder Robert Bohme, said – with no understatement - “In order for humanity to leave the cradle of Earth, we need to develop infrastructures beyond our home planet. We will establish and test the first elements of a dedicated communications network on the moon.”

More pertinently, it stands to win $20 million from Google if it succeeds. Google launched the Lunar X-Prize challenge in 2007 and invited a race to land a privately-funded rover on the Moon’s surface, drive 500 meters and send the pictures back. 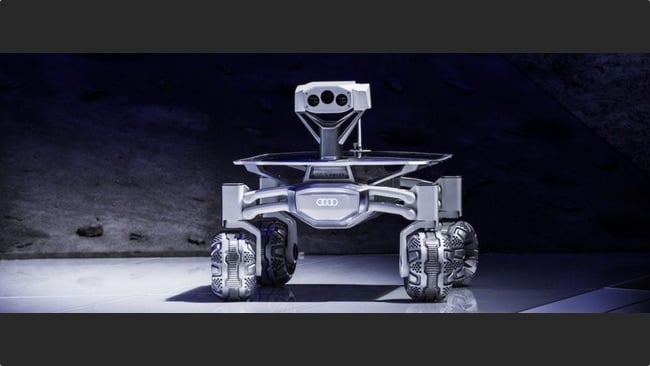 PTScientists plans to broadcast to a global audience via a deep space link beaming back to its mission control centre in Berlin.

Other cash prizes will be awarded by Google for achievements such as ‘travelling an extra distance’ and ‘detecting water ice’.

PTScientists has developed the Autonomous Landing and Navigation module – (ALINA) which can travel from Earth orbit to lunar orbit under its own propulsion. It’s capable of delivering two rovers, or up to 100 kg of payload, to the lunar surface. Using it, the group says it will transport third-party payload and experiments to the Moon “at affordable prices”.

If you want to buy some capacity, then 1 kilogram will cost 800,000 Euros and a bit less per kg if you want more weight.

Nokia has built an ultra-compact network for the trip that will be the lightest ever developed – weighing less than one kilo.

The pair of Lunar Quattro rovers is sponsored by Audi, developed with contributions from German carmaker Volkswagen and the rovers are 80% 3D printed to cut costs. The 4-wheel drives come with tilt-able solar panels, rechargeable batteries and bespoke HD cameras which use a CMOSIS chip and Schneider-Kreuznach lenses.

The cameras have a focal unit as well as a filter wheel allowing the team to create spectral and/or focus-stacked images. The cameras are also capable of taking HDR images and stereoscopic 3D video.

The plan is to drive them (remotely of course, from Berlin) to within 200 meters of the Apollo site from where they should be able to send back images of the old lunar rover.

NASA has asked for no landing closer than two kilometres and no probe to go closer than 200 metres, to preserve the area for posterity.

Once it has completed its soft landing on the Moon, ALINA will be used as an LTE communications base-station.

Its leadership team boasts Dr Jack Crenshaw who worked on the original Apollo program at NASA where he performed seminal work on the circumlunar trajectory – in other words getting a rocket to orbit the Moon and back to earth in a figure-8 pattern. Can you think of anyone better as the project’s Senior Adviser on Flight Dynamics? 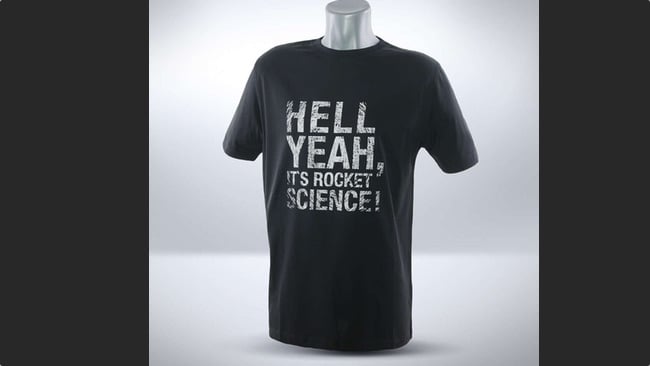 And of course, the company has its merchandise sorted. You can buy pens, pendants and T-shirts branded, ‘Hell Yeah, it's Rocket Science!’ from the Mission to the Moon fan club.