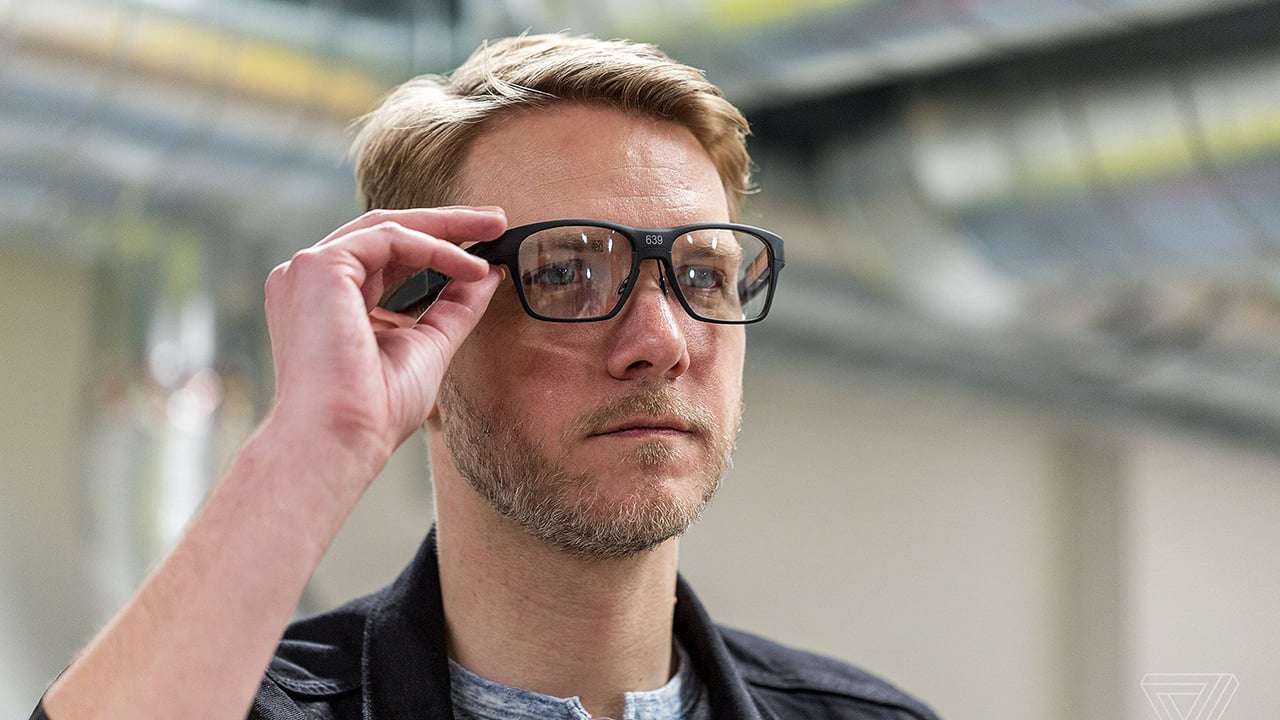 Smart glass you can actually wear while looking normal? Who'd have thought!

Let's be honest, most attempts at smart glasses don't exactly imbue the wearer with savvy style. Intel on the other hand has just unveiled Vaunt, its version of such a gadget that is nothing if not totally normal looking!

What if smart glasses didn’t make you look like a techno cyborg jerk? That’s what Intel is making, or as The Verge puts it: smart glasses that won't make you look like a Glasshole. Not designed to conjure 3D projections before your very eyes, nor capable of the rich mixed-reality experience targeted by Microsoft Hololens and Magic Leap, the form and function of these glasses are intended for every day and unobtrusive use – an important lesson to get right if the failure of Google Glass is anything to judge by.

There is a clue in the internal name of the project, ‘SuperLite’, referring to the goal for the glasses to weigh less than 50 grams.

Unveiled as Vaunt, Intel shared details on the prototype in an exclusive interview with The Verge. Rather than integrate a bulky camera, the frame contains a red low-powered laser (VCSEL or vertical-cavity surface-emitting laser) that projects text onto a reflecting area in the glasses' lens. That image, of 400 x 150 pixels, is then beamed into the back of your eyeball, directly onto the retina so you can read it.

All this is claimed to happen at an intensity so low that you should not risk damaging your eye. The iPhone X contains the same laser for facial recognition.

Because the image sits directly on your eye, near- or far-sighted users can see the text as clearly as someone with 20-20 vision. Of course, these users will still need prescription lenses in their Vaunts to see the outside world clearly.

The plastic frame also contains a battery intended to give 18 hours of life.

Intel says it will launch a developer’s program this year to open up the tech to other services and devices and will eventually integrate voice assistants via a small mic. Vaunt already works over Bluetooth with an Android or Apple smartphone.

Intel says it aims to offer ambient, contextual information when you need it, but the use-cases it outlines don’t exactly sound like things that will persuade many to swap their phone for one; getting directions, checking a recipe, viewing restaurant ratings, an occasional email notification. These are the sorts of basic information offloaded to smartwatches - and who has one of those?

Yet, the notifications appear about 15 degrees below the user’s “relaxed line of sight,” which means the user can easily ignore the display. The second the user looks up, the display disappears. What’s more, there’s no obvious sign to anyone else that the user is checking their dashboard since there’s no need for hand gestures. Instead, you interact with the information with subtle head movements, tracked by Vaunt’s AI.

The Verge speculates that the device may rely on streaming content from apps based in the cloud, or from your smartphone via Bluetooth, to run its software. This could keep hardware requirements, as well as prices, low.

The development also needs to be seen in the wider context of Intel’s business. Just before Vaunt was given its first outing, Bloomberg reported the company’s plan to spin off its augmented reality division into a separate company and sell off a majority of its shareholding.

The main IP in the AR division is Vaunt, itself derived from technology and personnel acquired by Intel in 2015 from AR outfit Recon Instruments.

This could be, as Bloomberg suggests, designed to raise cash and bring in experts who can turn the prototype into a commercial retail device. It may also be because Intel’s core business is making processors and it doesn’t want to shoulder the R&D cost of a peripheral business.

After all, last autumn, Intel shuttered development of mixed-reality headset platform Project Alloy and discontinued the RealSense SDK for Windows, although it continues to market the RealSense cameras which capture depth data from images.

Google Glass, meanwhile, hasn’t gone away. Google has refocused its efforts on the business world with the Glass Enterprise Edition. GE, Volkswagen, Boeing and DHL are among around 50 organisations testing it.

Assuming Intel can find the right investors/partners, then Vaunt is a step in the right direction for wearable VR, short of inserting a chip into one’s optical cortex, of course. There’s probably a division working on that too. Intel Inside.