ThunderBlade V4: possibly the fastest external drive on the market 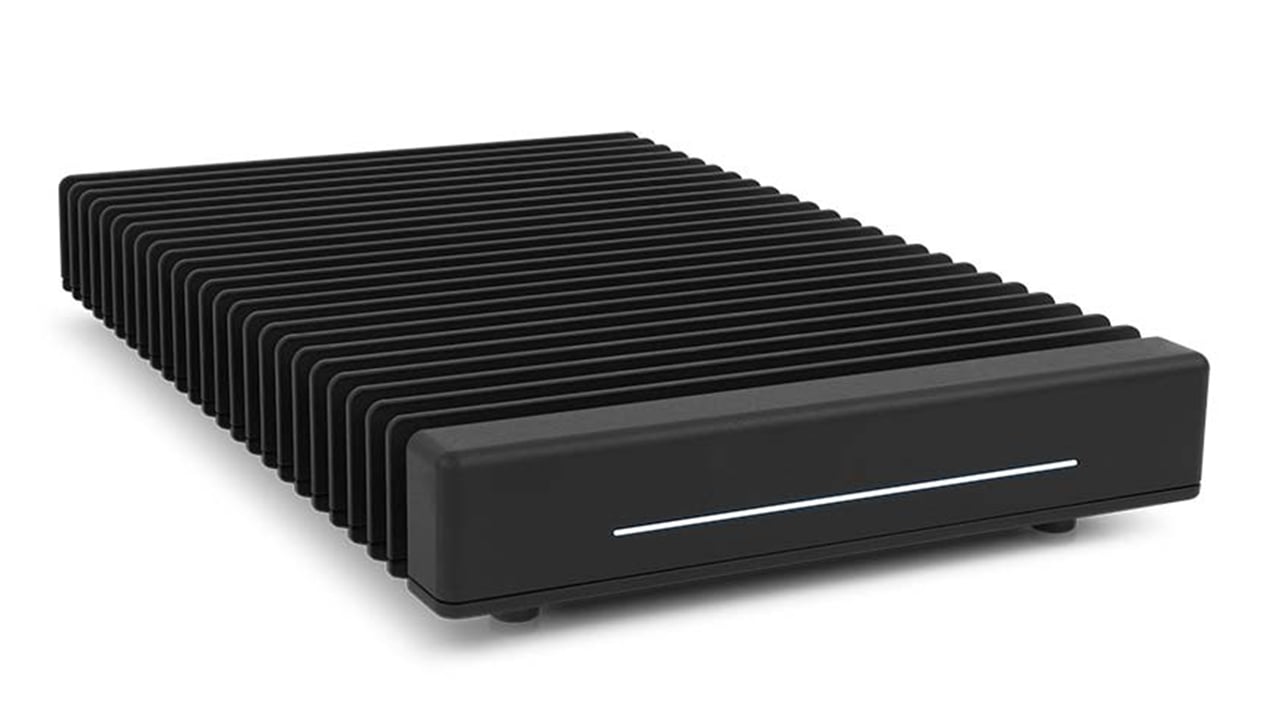 The ThunderBlade V4 is designed to be rugged and dependable, but its major appeal will be its speed. It is truly blazing fast, with speeds up to 2800MB/sec read and 2450MB/sec write performance.

When I first saw these specs, my first thought was that this must be the fastest external drive built so far, while my second thought was that this is the perfect drive for video producers and editors who are working with 4K/60fps and 8K footage, AR and VR content. When I searched the Internet for equally fast drives, I ran into LaCie’s Bolt3 Designer, which is also an M.2 PCIe SSD drive, has the same read performance, but a considerably lower write performance at 1300MB/sec and comes in a housing with a fan that makes it less suited to video and audio editing where silence is important.

In a flat, black anodised fan-less aluminium housing with cooling ribs, the ThunderBlade V4 is built like a tank and actually looks like one as well. Where the LaCie, which comes only in a 2TB version, has a suggested retail price of $1,999, the 2TB ThunderBlade v4 goes over the counter for $200 less. Better yet, OWC sells these drives in 1TB, 4TB and 8TB versions as well, and with OWC’s SoftRAID, two V4s can reach speeds of up to 3800MB/sec.

That makes it the perfect solution for digital ingest and other applications that need very high sustained throughput.

The ThunderBlade v4 has two Thunderbolt 3 ports so you can daisy-chain the device with five others perfectly and if you use it in a RAID setup, it sucks in and delivers data at speeds that far outperform other 2-blade and 4-blade RAID drives.

As there's no fan in the ThunderBlade V4, it runs silently. A LED that can be dimmed ensures your workflow will not be interrupted by background light. Compact and tough enough to withstand rough treatment between locations, OWC sells the ThunderBlade V4 with its own hard-shell carrying case for even greater protection.

The carrying case allows you to use it on the road, but you will still need access to main power. You can't power it from the Thunderbolt 3 ports, so the device won't be usable in the great outdoors unless you're willing and capable of carrying a full-size AC/DC capable battery pack with you. Without actually having had one in my hands and trying it out, that’s about the only disadvantage I can come up with.