How to ensure plenty of 8K content: use AI to upscale it 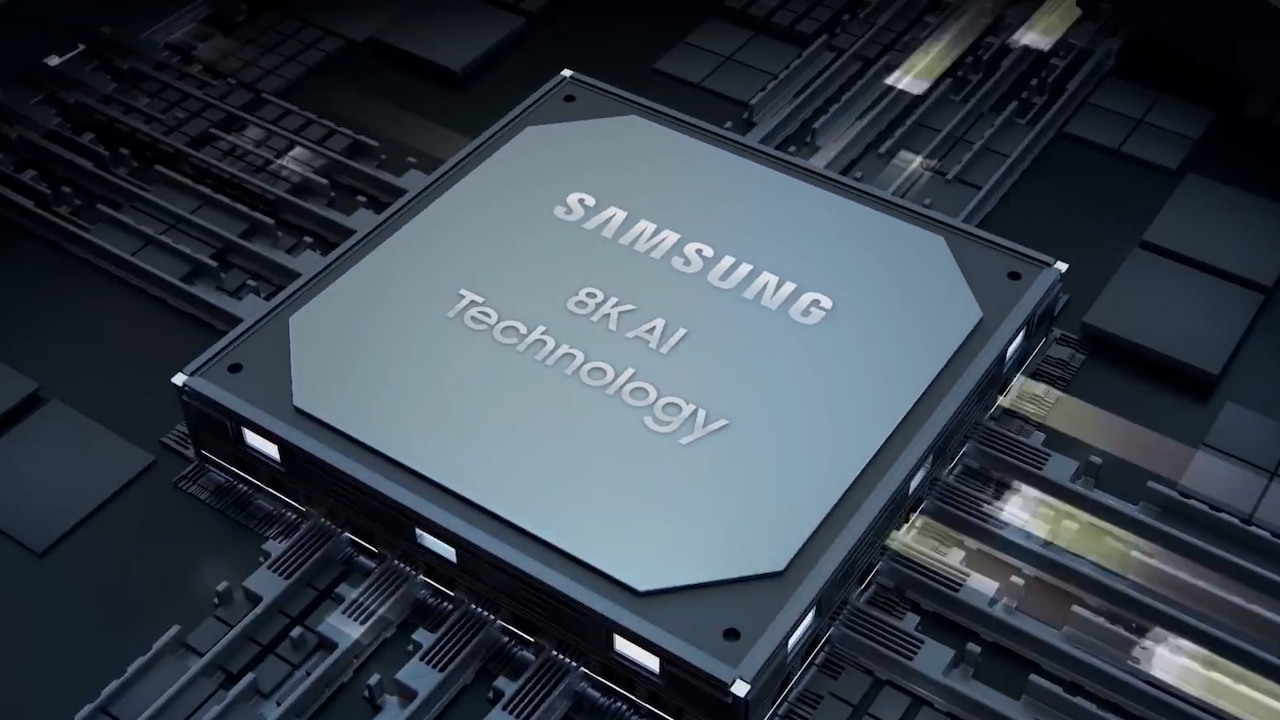 AI was a big theme of CES this year, with Samsung’s use of it to power the upscaling of lower res content to drive its new 8K screens particularly impressive.

Is there nothing AI can’t do? At CES, it was touted as doing everything from building the multi-trillion dollar driverless vehicle market to delivering 8K video from low-resolution content.

With prices of 4K TV displays tumbling there’s only one direction a manufacturer of display hardware can head. Both LG and market leader Samsung have debuted 8K TVs and, although there’s hardly any content to watch on them outside of Japan, Samsung has a solution to the content gap.

It is using an AI-powered algorithm to upsample 4K, and even lower-resolution content, to 8K.

“It lets consumers enjoy just about any movie or TV show on any channel in 8K resolution regardless of native resolution or method of transmission,” said Samsung in a blog post.

The company says it uses machine learning and a database of millions of images in order to find the best way to upsample images and video. When fed with a source in low resolution, this feature of the QLED TV selects the optimal filter and converts the source into a high-quality image.

In addition, by increasing image processing 64 times, the technology helps offer natural images in high-resolution, “without compromising gradation in the picture.”

Lastly, the new QLED TV categorizes elements of picture quality (black/blooming/brightness) in input sources by scene to produce pictures with richer and more detailed contrast. With this feature, the edges of text are rendered sharp and a moonlight image is offered with the edges of the moon in the background clear, not blurred.

While this software is embedded in its new flagship 85-inch Q9S, Samsung says it will launch more 8K TVs with the technology in the second half of this year. 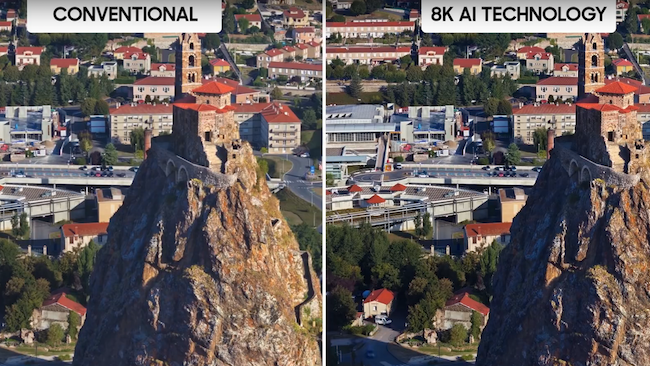 This was one of the more eye-catching uses of AI sprouting at CES, though it has to be said that a decent number of things marketed as AI are, in fact, merely very good algorithms. Separately, Samsung is intent on trying to persuade people to engage with Bixby, its digital assistant which is already incorporated in its smartphones and is now added to its smart TV lineup.

LG has opted for Google Voice Assistant on its TVs to enable users to control numerous functions on the TV and search the programme guide using the remote control. If you can't find your remote, you'll be able to control your TV with a Google Home speaker instead. Alexa users are in luck, as well as LG says the TV will be compatible with Amazon Echo devices.

The company is branding its AI-compatible products as ‘ThinQ’. The idea is that ThinQ will transform TVs into smart home hubs, so users can control devices like robotic vacuum cleaners, lighting, air purifiers and smart speakers connected to any of its high-end TVs via Wi-Fi or Bluetooth.

Companies are rushing to incorporate voice assistant control into their connected home devices as consumers take to voice assistants and buy smart speakers in ever-increasing numbers.

The Consumer Technology Association, which backs the CES, revealed that sales of smart speakers are expected to nearly double in 2018, to 43.6 million units in 2018, worth a whopping $3.8 billion. "That market is not just heating up. It is a wildfire," chief researcher Steve Koenig said.

The CTA added that it expects AI to evolve in conversation that will allow people to “truly converse” with their devices to a much greater degree. The CTA also expects greater trust of AI by the average person using it.

The company most voluable about AI was computer processor developer Nvidia. It reckons AI is a $3 trillion industry in which recent breakthroughs “have made it possible for software to write software in a way humans never could, enabling unsolvable problems to be solved.”

Nvidia CEO Jensen Huang went on to outline the company’s research work in using AI to predict what colour should be in a picture; and using AI to create audio-driven facial animation. It is also working on AI-based generative adversarial networks, or GANs, to synthesize images of humans, and to use AI to write music. Nvidia used an AI to write John Williams inspired music in homage to the latest Star Wars movie and played a clip of it performed by the LA Philharmonic in its press conference.

Uber has selected Nvidia technology for the AI computing system in its fleets of self-driving cars and trucks; VW will also infuse AI into its future vehicles while Nvidia is also creating a production-ready AI autonomous vehicle platform designed for China, the world’s largest automotive market.

All of this is powered by Xavier, which with more than 9 billion transistors, is the most complex system on a chip ever created. The first samples of Xavier, initially announced a little more than a year ago, will be sampled to select customers sometime in the first quarter.