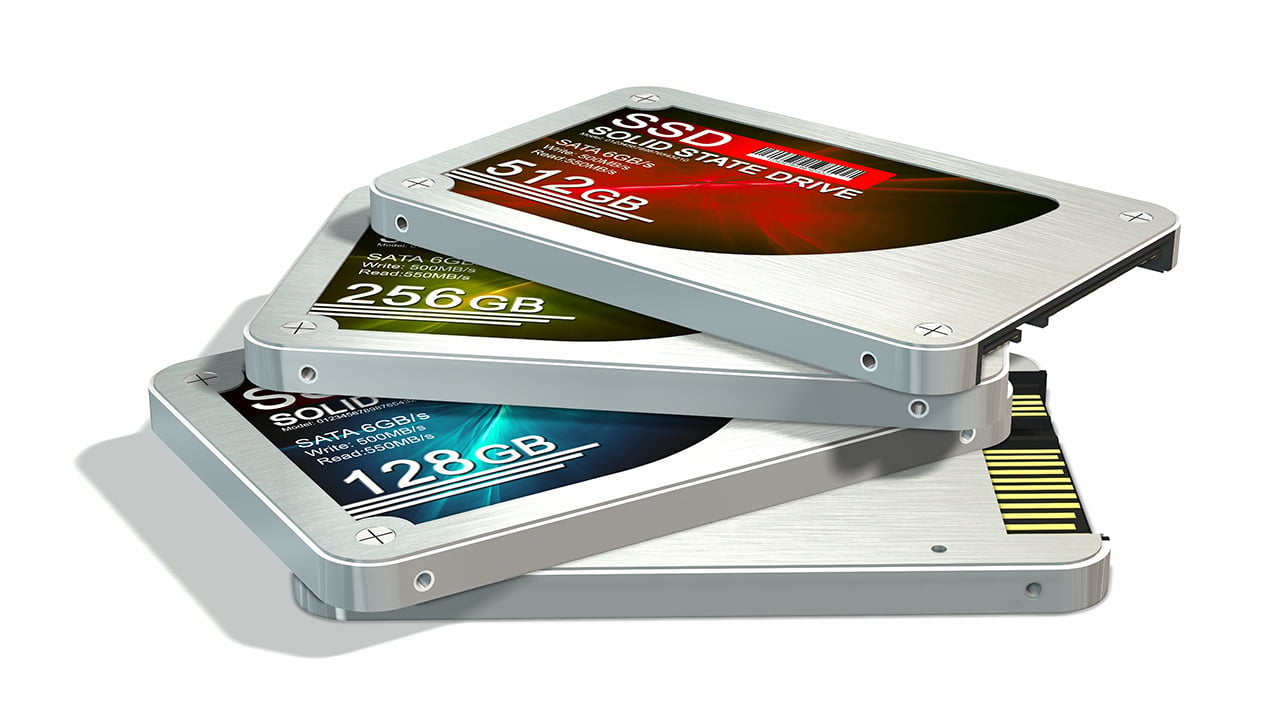 The price of memory is remaining high

While 2017 took great strides with technology, we haven't seen a breakthrough in the cost of memory. Leo Waldock takes a look at the state of play as we enter 2018.

If you have bought an SSD (Solid State Drive) or a kit of RAM for your PC or laptop at some point in 2017, you may well have noticed the wheels appear to have fallen off Moore’s Law. We hope and expect to see a regular increase in transistor density in CPUs as well as in volatile DRAM memory and NAND flash with the result that Megahertz speeds increase, capacities get larger and prices drift ever more downwards.

Instead, we have seen incremental improvements in silicon products over the past year while prices have been going up, rather than down. This is a global phenomenon and while we Brits can moan about the fact that our currency has crashed and we get charged parity GBP-for-USD, the fact is that storage and RAM prices are high everywhere.

The fundamental problems are that demand is high, supply is restricted and innovation is glacial, with the result that we, consumers, are being hit in the wallet. High demand extends beyond PCs, Apple Macs and laptops, and includes servers, those wretched miners of cryptocurrency and, in particular, the smartphone.

These days, it is common for a smartphone to include 64GB, 128GB or 256GB of flash storage along with 3GB or 4GB of RAM. When you consider that global sales of PCs from the likes of HP, Lenovo and Dell total 200-250 million units and that smartphone sales are around the 1 billion mark annually, it seems reasonable to conclude that PCs and smartphones demand roughly equal shares of these all-important chips.

Let’s separate RAM from SSD flash and start with RAM, which these days means DDR4. You can still buy DDR3 for older systems. However, the supply is drying up and prices are on the increase. If you require a DDR3 upgrade you would do well to stand back and consider a platform upgrade to the modern era along with a shift to DDR4.

The fundamental problem with DDR3 and DDR4 is that there are only three monster companies in the market. While you may well buy your RAM with Corsair, G.Skill, Patriot, GeIL or Crucial branding, the actual chips are produced by Micron, Samsung or SK Hynix. At present, Micron and Samsung are working on 17nm and 18nm fabrication processes while SK Hynix appears to be working on a second-generation of its 21nm technology.

The upshot is that supplies of DRAM are tight and this means prices are up around 40 percent over the past year. A lightweight PC can get away with 8GB of RAM. However, a decent PC benefits from 16GB minimum and 32GB is better. If you’re going for a powerhouse Intel Core i9 or AMD Threadripper, you owe it to yourself to invest in 64GB of RAM.

The situation with SSDs is slightly more complicated as there are more players in this particular chip market. In addition to Micron, Samsung and SK Hynix, we are also interested in Intel and Toshiba/SanDisk/WD. Toshiba has recently been in turmoil as the parent company has lost a load of money and has been working to sell off the NAND business to bail out the rest of the group. This has been fraught as the NAND business is co-owned by Toshiba and WD (you will recall that WD bought SanDisk) but a deal has now been struck with Bain Capital for US$18 billion.

We consumers simply want to buy SSDs with higher capacity and lower prices but progress has been slow in 2017. If you want to buy a 2.5-inch SATA SSD you will pay £140 for a 500GB drive, £300 for 1TB, £500 for 2TB £500 and a painful £1300 for 4TB. The only brand that supplies a full range of drive capacities is Samsung while other brands such as Crucial will top out at 1TB in one product range or 2TB in another. Part of the reason is that Samsung designs and manufactures controller chips, RAM cache chips and NAND chips and can, within reason, make and sell anything it chooses. The other reason is that development of 3D NAND has been very slow, so 64-layer NAND is now in production but 96-layer is only now being sampled. Manufacturers can cram a good number of NAND chips inside the relatively large 2.5-inch drive housing and hence can reach that 4TB capacity.

It is a different story in the world of M.2 drives where the space for packaging chips is extremely limited. In addition to that, M.2 drives use a PCI Express interface and may support NVMe, so there is a significant difference between the controller chips used in one drive and those in another. The final part of the equation is the type of NAND chip, so a Samsung 960 EVO uses TLC NAND with 3-bits of data per cell while a 960 PRO uses MLC NAND that only stores two bits per cell. TLC can store more data than MLC but is slower.

These differences lead to a significant spread in prices:

We have to hope that supplies of these various chips will increase in 2018 as that is the only way prices will fall. Truth be told, I am not optimistic as tight supplies and high prices suit these companies quite nicely. Given that they are investing huge amounts in their fabricating plants and the fact that there seems no chance a new company to enter the memory market, we are pretty much stuck with the status quo.