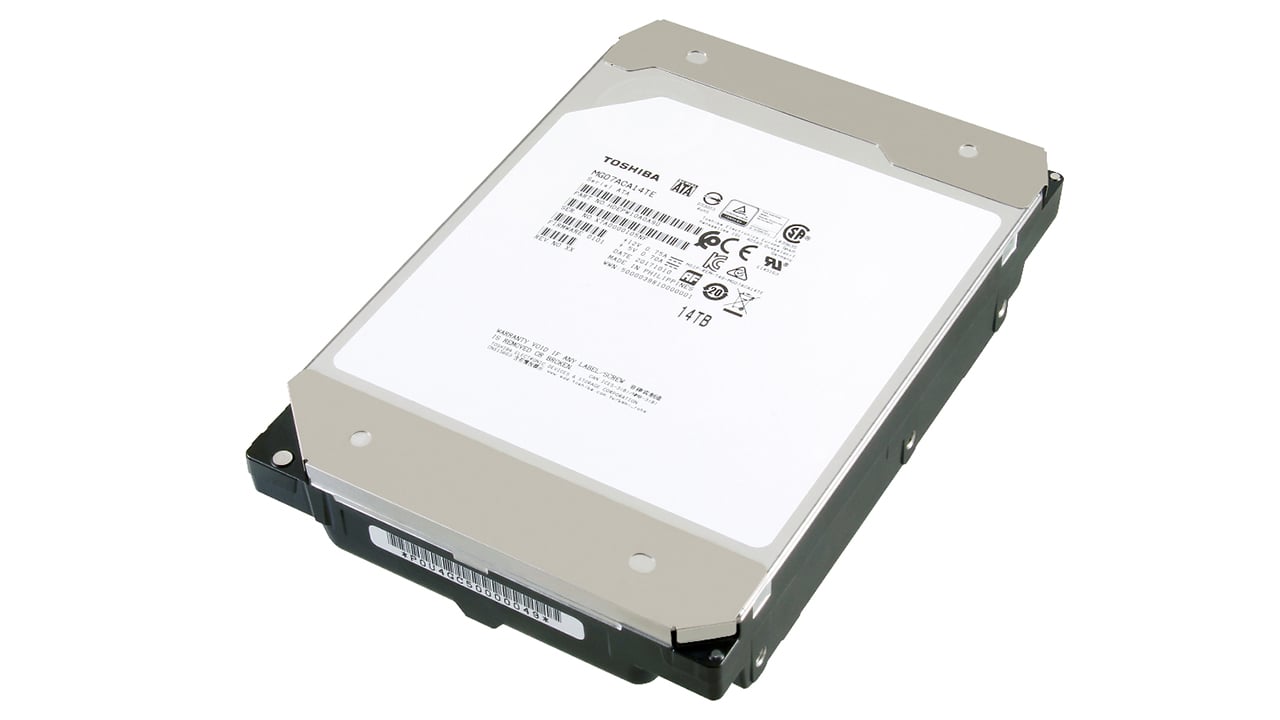 Just when you think the days of mechanical storage are ebbing, Toshiba has come along and injected new life into the technology with a rather staggering 14TB drive, without the need for shingling.

Hard disks are like batteries: every few months, someone will breathlessly rush out a press release claiming some staggering new development which will change everything. Quite often, we're still waiting for everything to be changed years later, which is why Toshiba's announcement of a 14TB drive (that's right, fourteen terabytes) is interesting: they reportedly exist, are being demonstrated to people, and at some point you'll be able to have one.

Details are, admittedly, still somewhat sketchy, but one particularly important fact about this is that Toshiba has built this drive without using shingled magnetic recording. 14TB hard disks already exist (Western Digital have one) but they rely on an overlapped-writing technique which is destructive to existing data, requiring it to be rewritten. This makes drives using shingled magnetic recording much slower to write, which isn't something anyone wants, especially in the context of blindingly fast flash storage having become fairly mainstream. We wrote about shingled recording way back in 2014, and while it's a perfectly valid technique, it isn't something most people will want for video storage. It's been big in server farms, but not for media.

Toshiba has achieved their big disk without needing shingled recording mainly through the application of a technique called microwave-assisted magnetic recording. The trick here is that hard disks are still magnetic recording devices, as they have been for decades and capacity is, as we'd expect, limited by the minimum size of a single zone of magnetism on the surface of the disk. That zone size is limited by the tradeoff between the need to use a powerful magnetic field, so as to write quickly, and the need to use a large write head to create that field, which tends to increase the size of the field and thus the size of the zone of magnetism.

Making the zone of magnetism smaller is a key goal of hard disk people. A big leap was made in this regard in about 2005, when perpendicular recording became available. This packs the magnets – think of a little rod with a north end and a south end – vertically, rather than laying them end to end, making smaller zones possible with a new head design. Going any further, though would require some way of making the magnetic material on the disk easier to magnetise, so that a smaller head can be used. This can be done by heating the material up, a technique known as heat-assisted magnetic recording, and it's done by firing a laser into the surface of the disk as it's being written. It works, but it can cause exactly the sort of reliability problems we'd expect for something that's constantly being heated up and cooled down.

One alternative is microwave-assisted recording. High frequency radio energy can also make it easier to write data onto the disk; the concern is building a tiny little microwave emitter onto the head. Toshiba's engineering solution to this basks in the name of a spin-torque oscillator, which sounds like the macguffin from a Star Trek episode and reportedly gives Toshiba a way of firing sufficient microwave energy into the disk to achieve the stated aim.

Technological details aside, this has one key effect on the film and television industry (among, presumably, many others.) Every so often, most of us end up buying new bulk storage for video material. Traditionally this has meant an array of spinning disks, but recently, huge development of flash has frequently meant it's worth doing some careful budget calculations: since flash is faster, is it likely to become cheaper to do the big video storage array as a bank of flash, as opposed to a bank of spinning disks? The decision has long been complicated by a cost-performance-capacity compromise that's very sensitive to requirements and expectations, but the point at which it becomes worth doing that has perpetually seemed a year away - for years.

This sort of development pushes that situation away again. Spinning disks will be around for a while longer.