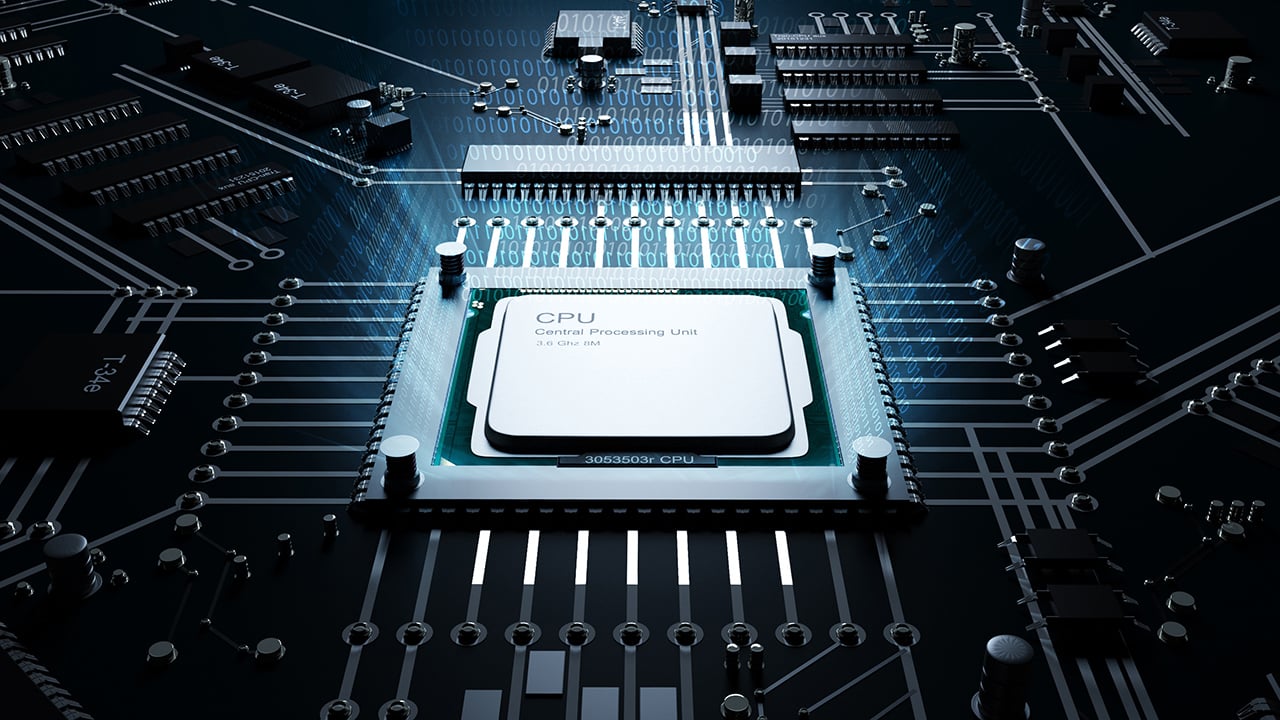 2017 has been a siesmic year for CPU developments. Leo Waldock takes a look back and summarises the state of play

As we come to the end of 2017 you can take some satisfaction that we have seen a revolution for the desktop CPU. Not so much for mobile CPUs in laptops, although we are confident that will change early in 2018.

The CPU (Central Processing Unit) is the heart of your PC and those people who flog their CPU hard, processing videos, care at least as much about the number of cores as they do about clock speeds.

And that is the reason why workstations and serious PCs run on expensive Xeons or use the X99 LGA2011-3 platform with a six, eight or ten-core CPU.

In March 2017, you may have heard the huge popping noise as AMD burst Intel’s bubble with the launch of its Ryzen 7 CPU. There were four models (1700, 1700X, 1800 and 1800X) and they each had eight cores and 16 threads. The new AMD AM4 platform supports dual-channel DDR4 memory, just like Intel, so broadly speaking you could buy the equivalent of a Core i7 with double the cores and clock speeds about 500MHz lower.

Most games stress a handful of threads so the extra cores in a Ryzen 7 don’t offer any immediate advantage and for gamers, the emphasis is on higher clock speeds, no matter if that means they have fewer CPU cores. You can overclock a Ryzen to 4.0GHz with a bit of work, while a Core i7 will run 1GHz faster at 5.0GHz so for the mainstream customer, a Core i7 makes better sense than a Ryzen 7.

Meanwhile, in the world of serious people who want plenty of cores to drive software such as Adobe Premiere, we knew those eight cores in the Ryzen 7 were going to change things for the better. The Ryzen 7 powers through video editing tasks, as well as software such as Cinebench and Blender, yet the cost is in the same ballpark as a quad-core Intel Kaby Lake. AMD has based the Ryzen on an architecture called Zen that combines two quad-core CCXs (CPU Complex) using an interconnect called Infinity Fabric. This is cheaper than building eight-core processors but adds an extra level of communication between CCXs, reducing the efficiency of an AMD Ryzen.

In April 2017, AMD added the Ryzen 5 (six cores, 12 threads and four cores, eight threads) and the Ryzen 3 (four cores, four threads) to its portfolio using the same AM4 platform, which meant they had a complete product stack of 11 CPUs starting at £99 and heading up to £450.

Things went quiet for a few short weeks until AMD started to talk about the Ryzen Threadripper and the EPYC which promised to ramp up the number of CCXs such that a Threadripper would push 16 cores to the desktop while an EPYC would deliver 32 cores for a single-socket Server chip. These numbers are significant because they are multiples of four, so AMD ‘merely’ had to connect enough CCXs together with Infinity Fabric to hit the required number and then design a CPU and socket large enough to accommodate the resulting monsters. The timing was also significant as Intel was due to launch its next HEDT (High-End Desktop) platform at Computex in the first week of June. HEDT had progressed through the X58, X79 and X99 chipsets and was due to be replaced by the X299. The corresponding HEDT CPU for X99 was the Core i7-6950X with ten cores and the new high-end CPU was scheduled to be the Core i9-7900X, also with ten cores and a speed bump of a few hundred megahertz.

The decision to stick with ten cores for the most expensive HEDT CPU was a careful decision as Intel has three CPU-dies that it uses inside its Xeon Workstation and Server CPUs. The LCC (Low Core Count) silicon has 12 internal modules of which two are reserved for the memory controllers, so an LLC can be used for up to 10 CPU cores. Then we have the HCC (High Core Count) with 20 modules. Again, two are reserved for memory controllers, so the HCC can be used for up to 18 CPU cores. The ultimate silicon is called the XCC (eXtreme Core Count), which has 30 modules and supports up to 28 CPU cores.

The HEDT is intended to beat quad-core desktop CPUs without threatening sales of the lucrative Xeon and so it follows that a 10-core HEDT CPU using LCC silicon makes sense while a 12-core or 14-core would be madness as that encroaches on HCC territory.

When it became clear that AMD had plans to launch 16-core and 12-core Threadripper CPUs for the desktop, Intel responded the only way it knew how. At Computex, they launched the X299 with matching Skylake-X CPUs up to the Core i9-7900X and they also announced further Core i9 models with 12-, 14-, 16- and 18-cores that would clearly use HCC silicon. The Core i9-7900X performed well in reviews but was an incremental improvement over the Core i7-6950X and, truth be told, we were all waiting to see what AMD was going to deliver.

In August, AMD delivered the Ryzen Threadripper 1920X and 1950X on the new X399 platform and this monster CPU delivered an amazing level of performance. Clock speeds were very similar to the Ryzen 7, around 3.7GHz and about 4.0GHz overclocked, while the increase in core count and the doubling of PCI Express was little short of amazing. To make things more interesting, the 12-core 1920X cost £799 and the 16-core 1950X cost £999, which dragged down the price of the Core i9-7900X.

And then, finally, in September, Intel launched the 18-core Core i9-7980XE at £1,800 and the performance was truly remarkable. If you could afford the price, the new Core i9 was the answer to pretty much any question you might ask. If the price was too steep, you could opt for a lesser Core i9 or move sideways to a Threadripper. We had options galore and the world was looking good.

Believe it or not, we weren’t yet finished for the year.

The new Coffee Lake required a Z370 motherboard as it was incompatible with Kaby Lake and Z270.

In essence, Intel burned Kaby Lake to the ground three months before its replacement was expected to launch at CES in January 2018. Intel was determined to prevent the Ryzen-7, -5 and -3 from gaining any more traction on the desktop and if that meant sales of the Z270 and Kaby Lake hardware ground to a halt, well that was just one of those things.

That sprint through 2017 should make it clear that every desktop CPU has been updated in 2017, and that even extends to Kaby Lake which was itself only launched in January of this year. Without a doubt, this has been a seismic year and the increase in CPU cores is a major boon for anyone who requires the maximum amount of grunt for editing videos.