Are drones spying on us? 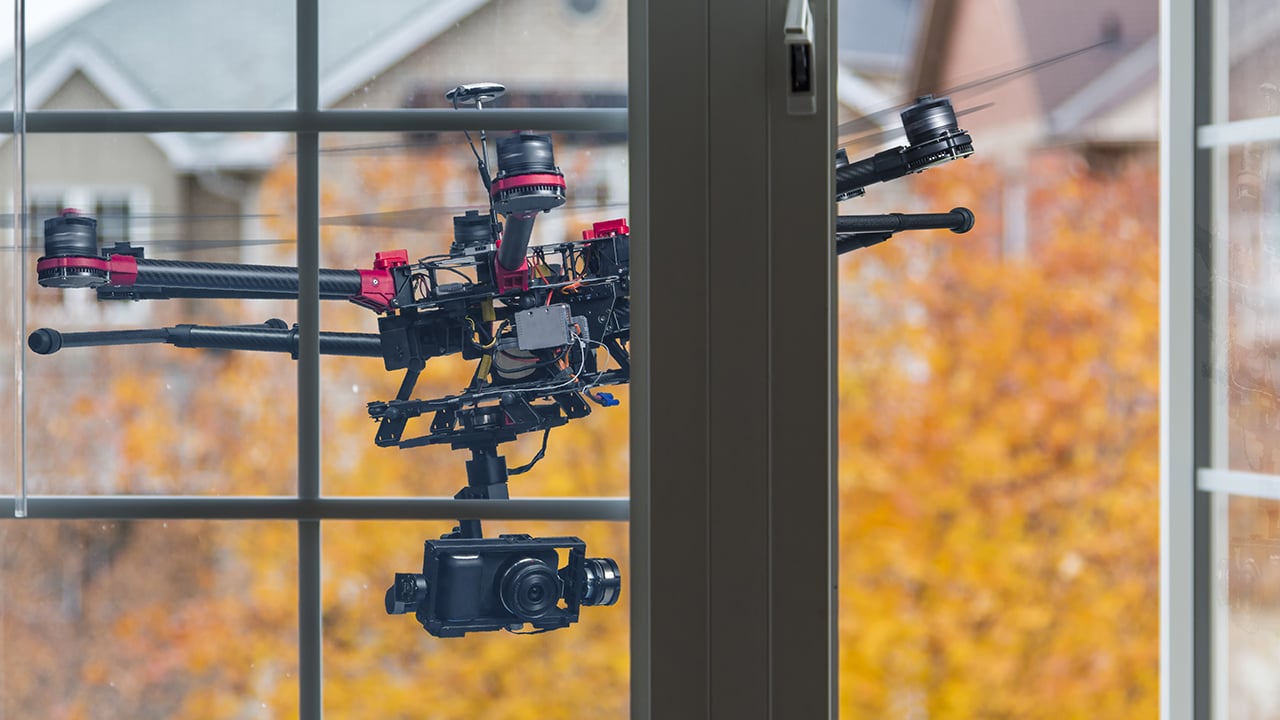 Can we be sure the information that drones collect is safe?

Questions are being asked increasingly openly about what exactly is happening with all the data that drones acquire. Are we being spied upon?

Drones are all about surveillance right? That’s why they’re so cool. For hobbyists and filmmakers alike, drones record images we never could before. Provided they are flown responsibly – generally understood to be not close to people and airports – users should not encounter any public backlash.

Ever since commercial drones began to take off, however, their use has been accompanied by concerns about invasion of privacy.

Matters are coming to a head because the rapid expansion in the global drones market promises a very different relationship between society and its use of the sky.

A report by Business Insider in August this year expects global sales of drones to surpass $12 billion in 2021 including 29 million sales of consumer drones.

What’s more, drones are being fitted with increasing battery of sensors from GPS to infrared scanners. Those on the ground, may of course, not be able to tell what on-board features a drone buzzing above them includes, meaning that a perception of being spied on can potentially persist regardless of the drone’s data gathering capabilities.

This expansion in drone technologies brings with it a number of important risks and challenges for regulators, drone manufacturers and operators. Some risks, such as compliance with aviation laws, will be obvious but other risks and threats, including those to privacy and data protection, are equally important – but the line in law is blurred.

In the absence of definitive (more accurately, widely known) legal guidelines, people who deem themselves ‘victims’ of unwanted drone attention have taken matters into their own hands.

It’s not necessarily NRA hotheads either. Last year in the Channel Islands a drone was downed while being flown to photograph a house nearby at the request of the owners. The shooter later referred to the drone as the "flying Peeping Tom machine”. In a later incident near London, a man (called a ‘Furious Farmer’ by The Mirror) winged a drone flying near his estate. Video of this has been viewed 275000 times on YouTube.

There is clear common sense etiquette here. Hovering over sunbathers in their back garden or zooming into a bedroom window is voyeurism at best and potentially illegal.

From a data protection perspective, however, the collection and use of all personal data of individuals (such as images, sound or location information) by equipment on-board a drone can be subject to law.

Infringe this inadvertently and you could be slapped with a half a million-pound penalty in the UK served by the Information Commissioner’s Office (ICO).

That rises exponentially next May when a new EU General Data Protection Regulation comes into force with stricter privacy laws. Get on the wrong side of this and the fine racks up to EUR 20 million or in the case of in the case of a larger business, up to 2% or 4% of the total worldwide annual turnover.

It will only be a matter of time before someone tests this in court and a legitimate drone filmmaker gets burnt.

There are guidelines and they should be pretty familiar to any producer who has to clear image rights for use in a documentary or reality show or indeed anyone has ever been asked kindly not to take pictures of their own kids at the school dance show or church nativity.

Essentially, data captured by drones is the personal data of individuals. That means drone operators should obtain the consent of the subjects of images or video recordings and be clear and upfront about its use. In particular, they should be told who the controller of the drone is, the purpose of the processing and other information such as the type of data being captured, who it may be shared with and their rights to access and correct the data.

Such ‘privacy notices’ could take the form of letters posted to people’s homes (accompanied by the address of a website where the photos will be published), or messages on social media, according to the ICO.

That may be seem pretty clear cut but there is also the issue of proportionate processing. This, according to legal expert Sally Annereau of Taylor Wessing, means ensuring that only personal data that is adequate relevant and not excessive for the purposes are collected.

So, what happens if you are in any way unclear about how the data collected by your UAV is being used by the manufacturer of the drone or its operating system?

That’s the issue confronting drone maker D.J.I just now. It’s being taken to court by a department of the U.S government alleging that D.J.I’s commercial drones and software may be sending sensitive information about American infrastructure back to China.

This fits into two stereotypes. The first is that we are all in the web of technology giants like Google, Facebook, Amazon and have abdicated control over every aspect of our lives to computer key strokes, smartphones and global CCTV like Google StreetView.

It also speaks to the paranoia that much of this data is being siphoned off to the Chinese who, it’s feared, will turn us all into Manchurian Candidates.

As the New York Times, which reports this story points out, D.J.I. stands as a symbol of China’s growing technology prowess – and therefore something to be shot down. DJI has about a three quarter share of the entire market.

Now, if Da Jiang Innovations Science and Technology Company were an American company, or a German one, would it have received half as much suspicion and attention? Parrot, a French based firm which has seized a large part of the commercial and civil quadcopter market – the type that actually do scan crop yields and map power lines - hasn’t received any of the same reputationally damaging charges.

The current U.S case against D.J.I is only the latest in a line of accusations – all unfounded - trained against it. In April 2016 the firm felt the need to issue a statement stressing that it does not routinely share customer information or drone video with Chinese authorities — or any authorities for that matter. Its extensive privacy policy can be seen online on its website.

“Unless a customer has chosen to sync flight data via the DJI GO app or sent the aircraft back to DJI, we would have no flight data to provide,” DJI’s statement read. “The policy is the same for requests from authorities in China, in the U.S., in Europe, and anywhere else in the world.

“When you fly a DJI drone, nobody but you can see the live video feed or the recorded video it generates — unless you decide otherwise.”

Sensible advice. Who is in control? You are.