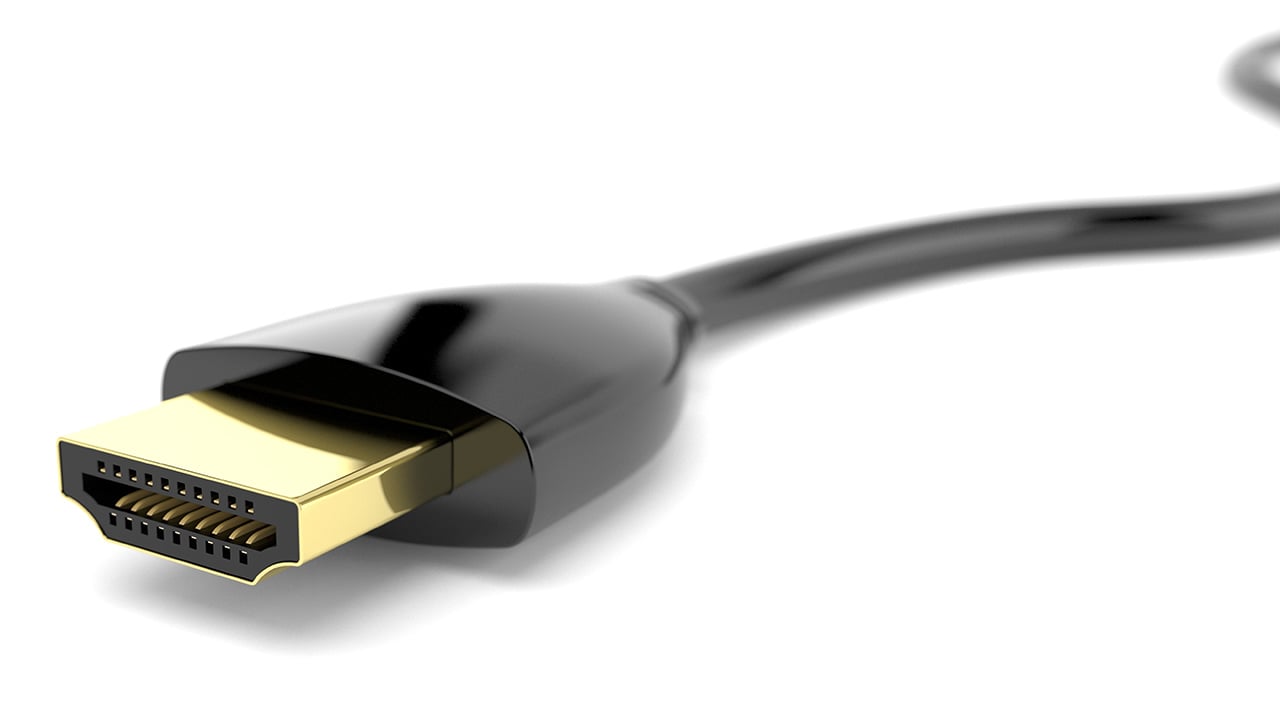 Be prepared, be very prepared

If you need more convincing that higher resolutions are coming, look no further than HDMI 2.1, supporting resolutions up to 10K. If you have high blood pressure look away now!

There’s nothing like being prepared – and armed with the latest version of HDMI you can be as prepared as you will ever need to be for a future of ultra-resolution and high frame rate video. Despite all the chatter - on RedShark as much as anywhere else - about the coming tide of extreme resolution content there’s no need to junk your TVs, game consoles, Blu-ray players, video streamers, sound bars, computers or HDMI cables any time soon.

However, TVs and other consumer products badged as having HDMI 2.1 will begin appearing at CES in January and throughout next year so it’s worth getting the basics down.

High Definition Multimedia Interface is of course the main audio/video connection for consumer displays and carries both video and audio in one cable, with digital encryption.

The latest spec, announced last March and released this week, is a future-proofed design that supports a range of higher video resolutions and refresh rates including 8K60 and 4K120, and resolutions up to an astonishing 10K.

To shunt that increased data through, HDMI 2.1 will only work at its full potential by using a new cable which supports 48Gbps bandwidth – up from the 18Gbps in HDMI 2.0.

The new Ultra High Speed HDMI Cable will look the same as current cables and even have the same connector (so it works with all HDMI 2.0 device) but it will ensure high-bandwidth dependent features are delivered including uncompressed 8K video with HDR.

We kind of skimmed over the 10K resolution figure – and that’s because we really are in the realms of the not likely for at least a decade territory. Its rated to that resolution for commercial AV, industrial and specialty usages according to developers the HDMI Forum, which includes consumer electronics leaders and stakeholders like Qualcomm, AMD, JVC, Google, Microsoft, Philips, Sky, Sony, Technicolor and Sharp.

Refresh rate is more interesting, as broadcasters of sports like Sky and BT Sport are keen to up the frame rate to at least 60 and ideally to 120Hz to erase the ugly blurring that blights otherwise pristine live action 4K pictures.

Additional refresh rate features in the spec are said to ensure “an added level of smooth and seamless motion and transitions for gaming, movies and video”. For gamers in particular this includes something called Variable Refresh Rate to reduce or eliminates lag, stutter and frame tearing for more fluid gameplay. Another mode reduces latency for real-time interactive virtual reality while ‘Quick Media Switching’ for movies and video eliminates the delay that can result in blank screens before content is displayed.

eARC is the next evolution of Audio Return Channel, which allows simpler connections between AV devices like TVs, video players and sound systems. eARC “supports the most advanced audio formats and highest audio quality”. For that read Dolby Atmos and other object-based audio systems.

Also requiring an uplift in cable bandwidth – at the top end where 8K video at frame rates of 60 or more are being displayed – is high dynamic range. The HDMI 2.1 spec calls this Dynamic HDR

which vary how each scene or even each frame looks by optimising each individual frame’s ideal values for depth, detail, brightness, contrast and wider colour gamuts – provided this metadata is present in the content in the first place.

HDMI 2.1 cables can be expected on the market early next year along with display devices to support them and it will become the defacto standard.  As we observe it will be some time before content starts coming down the track that is even close to the maximum potential of this interface, but at least you know which way the industry thinks media is headed.