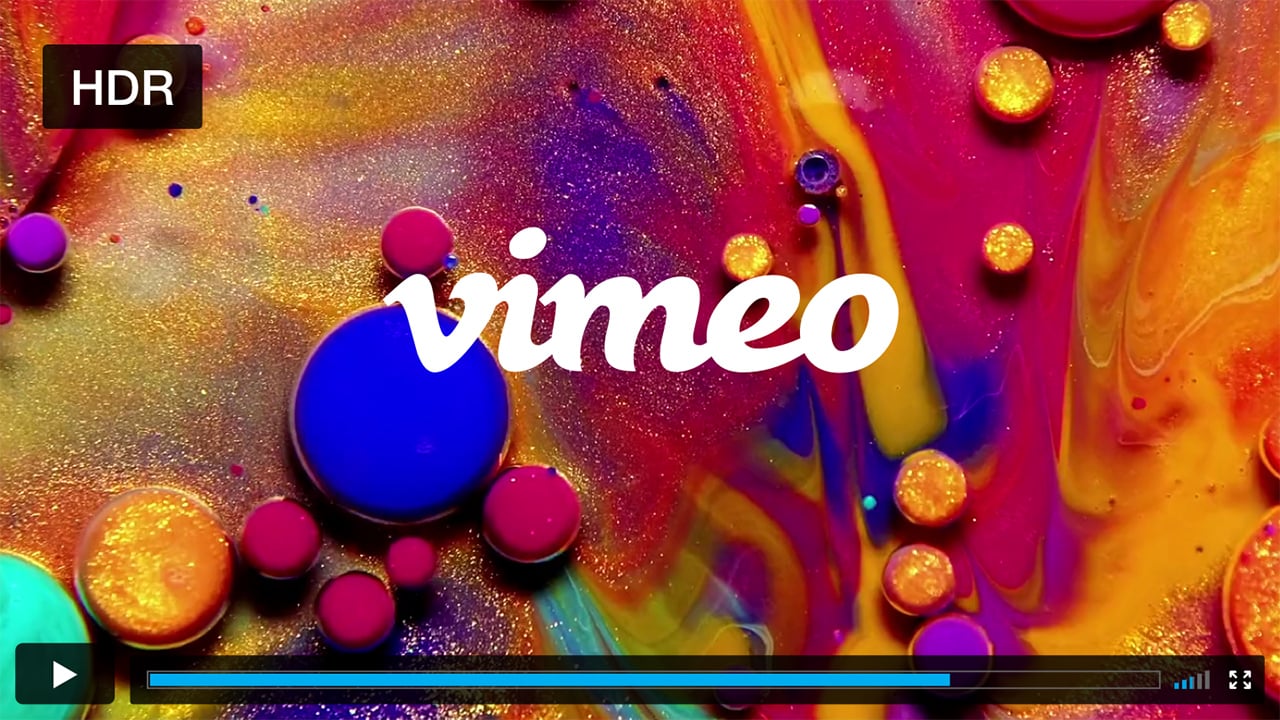 8K and HDR are set to be on an exponential rise as Vimeo's latest update shows.

It might have slipped a little under the radar, but Vimeo has just had a major update to the types of videos that it can now host. Both 8K and HDR feature prominantly.

It seems that 8K announcements are now coming thicker and faster than ever. It isn't surprising since it is inevitable. After all, 4K is now pretty normal. It can be streamed over major film supplier services, and pretty much any new camera that comes onto the market is now 4K. Looking back 4K was already starting to pick up a huge amount of pace in 2013. When we hit 2018 in a months time that will be 5 years ago. 4K has reached maturity, and although there are still large numbers of people who have yet to move beyond HD for their day-to-day work, now we are looking beyond this.

Vimeo's inclusion of 10-bit HDR is long overdue, but extremely welcome. In fact Vimeo is currently now the only social video hosting service that is capable of streaming 10-bit HDR video over all of Apple's latest devices, such as the new 4K Apple TV. Although ironically HDR is not currently supported on Apple's desktop models.

Uploads can be made using HLG or PQ (SMPTE 2084) standards. The latter requiring that the relevant metadata is included, and videos uploaded in HLG format will be converted to PQ. Vimeo has stated that users only need to upload an HDR version of their video, and the hosting service will take care of any downconversions to an SDR version of the file for people watching on legacy displays. Notably Vimeo has stated that files must be 10-bit to be considered HDR on its system. This is perfectly understandable, but it is a point worth noting due to cameras such as the FS5 only being able to internally record HLG with 10-bit colour fidelity in HD modes, while being restricted to 8-bits in 4K.

To acheive the improvements the service will use the HEVC/H.265 compression scheme. The advantages of using this are well documented and it is most certainly set to be the standard of the future. Which is just as well, because to shift the latest 8K videos around will require some huge file sizes. Utilising HEVC mitigates this disadvantage to a degree.

In addition to HDR we now come to the inclusion of increased resolution. Vimeo will now cater for 5K, 6K, and 8K uploads, which clearly shows the company's anticipation regarding the increased use of such resolutions. While 8K cameras are currently thin on the ground, it is still currently possible to shoot at resolutions above 4K with affordable equipment. Namely at 4.6K with the Blackmagic URSA, and 6K with anamorphic lenses on the Panasonic GH5. So the tide is well and truly starting turn.

When it comes to 8K the biggest elephant in the room isn't CPU grunt, but the bandwidth required to stream such videos in realtime. This does highlight an important issue when it comes to communities that still find it difficult to stream SD content. Such developments are certain to widen the gap between those who have fibre to the premises, and those who are stuck with either fibre to the cabinet, or even just old copper wires.

Pop along to the Vimeo website to check out the latest compression guidelines.