HP boasts new workstation is ‘the most powerful on the planet’ 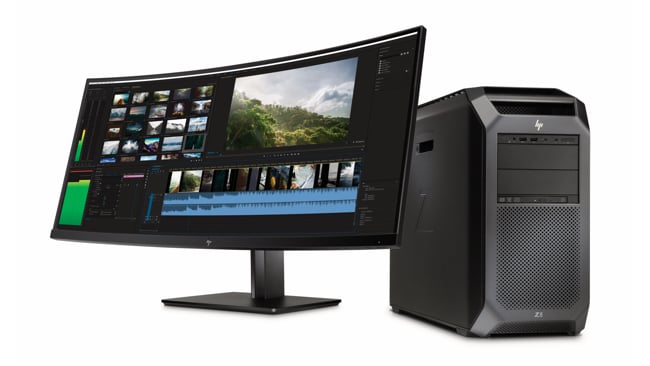 HP’s new HP Z8 G4 workstation promises the ability to edit 8K in realtime and heads a trio of new desktop machines with some serious grunt.

HP has also released a new range of displays, with a beautiful looking 38-inch, 3840x1600 monitor as the stand out model. But first the workstations, and that HP Z8 G4 in particular.

The company talks of reinvention when it comes to the range, and, from the outset, it looks that this is not just hyperbole; every square centimetre of the tower workstations has been redesigned and remodelled.

A completely new ID features ducting that routes fresh air to a second CPU, rather than recycling warm air expelled from the ducting on the first CPU. A split chassis architecture enables rear access to a maximum 1700 W power supply with a locking mechanism, 24 DIMMs, and a total of 9 PCIe slots (7 full length, full height PCIe slots and two internal PCIe “personality” slots).

So, all in all, that’s a 56 core machine which, when coupled with the 24 memory slots and maximum 3TB DDR4-2666 ECC SDRAM, provides a lot of serious amount of power.

All of which is fairly impressive, but the most powerful on the planet? The small print in HP’s press release admits that that statement is based on a number of factors including processor, graphics, memory and power supply, and further that it was last checked for veracity on June 14. Three months is a long time in the current computer industry, but all the same you’re going to be hard pushed to find something with more grunt for a while yet, especially that you can pick off a shelf for a starting price of $2,439.

Two other new machines sit below the Z8. All three include optional Thunderbolt 3 ports, Dual 1GbE, and 12 USB 3.1 ports if we’ve counted all the front and back ones correctly. The $1919 HP Z6 G4 has a very similar spec, apart from the 12 DIMM slots that expand up to a lower 384GB of system memory. All the same, HP says that the Z6 has up to 1.5x the amount of total system memory and roughly the same performance percentage improvements for customers upgrading from the Z640.

Like most of them, the curved display is available now, though two of the models won’t be appearing until December. As far as the workstations go, the Z8 and Z6 will both be available to buy in October, with the single-processor Z4 available a month later in November. 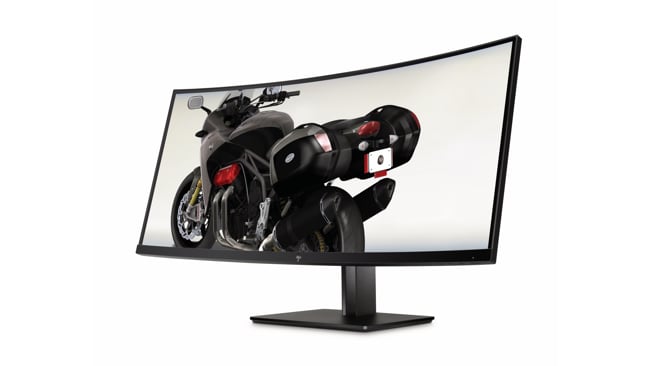