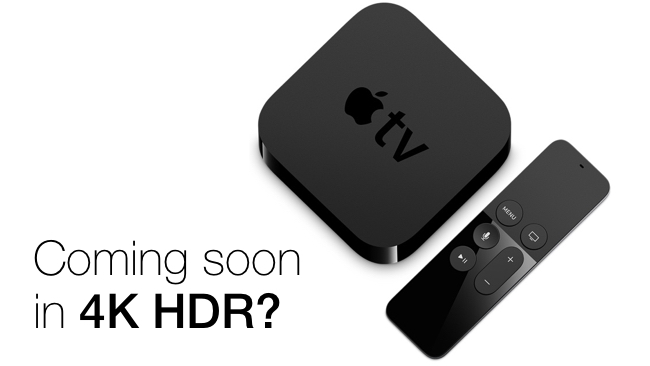 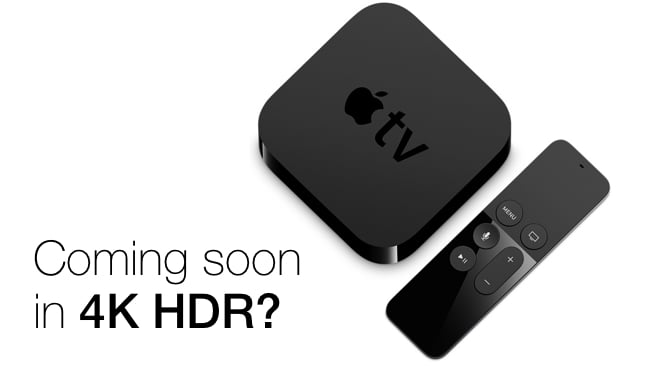 Apple's TV is now seriously behind the curve. Can 4K HDR capability save it from obscurity?

People have been expecting a 4K capable Apple TV for a long time, even before the last version of the device was announced way back in 2015 but now it seems like a 5th generation of the Apple TV might be on the horizon that is both 4K and HDR capable.

How do we know this? Users of iTunes in the UK have been noticing that some films have been appearing in their purchase history with tags to say that they are 4K and HDR compatible: "Movie (4K, HDR)". Users of iTunes in the United States are not experiencing the same phenomenon so it would appear perhaps that the UK is being used to test a new version of the iTunes shop front with support for 4K and HDR standards.

Of course, at present Apple doesn't support 4K or HDR movies on any of their products. It could be that Apple will release software for their computers that will support 4K and HDR, but it seems most likely that the new product will be a 5th generation Apple TV that is 4K and HDR capable in some form and will probably also have enhanced support for Siri as well (so that you can shout at your television while pretending you aren't crazy).

Roku, Amazon Fire and Chromecast all support 4K video already so it is a constant surprise that Apple TV is presently maxed out at 1080p, especially as Apple TV is an expensive product compared to the competition. The 32GB Apple TV model presently sells for $149 whereas the most expensive Roku set-top box is about $110 but 4K Roku boxes can even be bought for much less than that. An Amazon Fire TV is only $89.99 and supports 4K, and a 4K Chromecast Ultra is only $69.

As a result of this Apple has been losing market share for the fourth generation box. In September of 2015 their latest device had a market share of 12.5% of connected TV customers but a little over a year later, in January 2017, that share had dropped to 11.9% as cheaper and more powerful media boxes from other companies were able to increase their market share.

On the surface, it might appear like Apple is asleep at the wheel, but earlier this year Apple managed to bring Timothy D. Twerdhal on board. Twerdhal was formerly the chief of Amazon's Fire TV unit and he is now running Apple’s TV operations.

It might seem surprising that Apple ia still so keen to be active in this area when the response to Apple TV has been so lukewarm thus far. You might even be mistaken for thinking that Apple TV is not even such an important product for Apple to be focused on at all but it turns out that sales from services like iTunes are the second biggest source of revenue at Apple after the iPhone and contributes as much as $25 billion in revenue. Apple TV is thus effectively another gateway to Apple’s media shop fronts such as iTunes and thus it is indirectly a really important part of Cupertino’s revenue stream.

A big advantage that Apple will have from having waited this long to add UHD and HDR is that the processing power needed for such technology is now easily available and cheaper to implement. The standards for 4K and HDR are also now a lot more established than they were back when the fourth generation Apple TV was released. Having said that an extended version of the HDR10 standard has recently arrived which Apple may not have had time to add to its product.

Apple TV has looked in danger recently of being left behind. A new 4K HDR box would go some way to changing that.