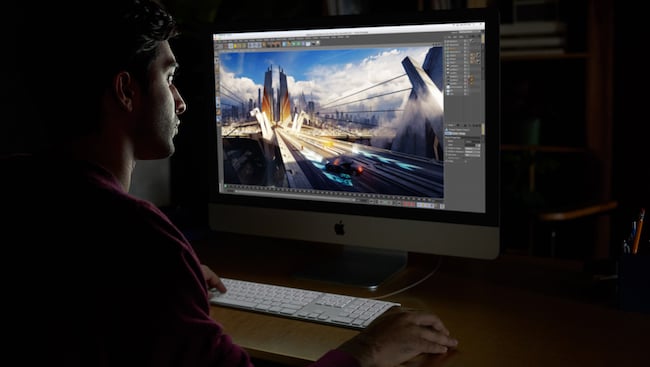 Editing on one of these is about too get fun again...

Like the return of a long-lost friend, Apple has come back in the best possible way for professionals.

We all do it. We make guesses about where Apple’s going next. We make pronouncements like “Apple’s a consumer goods company now. It’s not interested in professionals anymore."

The eccentric “trash can” Mac Pro did little to provide comfort to the still-loyal army of content creators for whom Apple is a way of life. As the years (and it was years) passed with absolutely no update for this expensive machine, many, often in desperation, changed platform to Linux or Windows. And some were happy with their choice.

But, as I’ve always said, there’s something about a Mac. Yes, they’re expensive. No, they’re not expandable. But Apple is the world’s largest tech company for a reason, and that reason isn’t unconnected with style and quality. Creatives like to work with nice things. They appreciate design. And they especially appreciate solid, powerful functionality.

And now, while we’ve all been speculating about the shape of the new Mac Pro, Apple has played an absolute blinder. They’ve not just updated the iMac (a machine that has always had a following from professionals as it has become increasingly suitable for Pro work) but they’ve catapulted it into another dimension.

Read our coverage about the new iMac Pro and everything else from WWDC 2017 here: Apple's new 18-core iMac Pro is the most powerful Mac ever built.

It’s a bit like the way some of those monstrous creations in the Mad Max films distantly resemble production cars. Except that with the iMac Pro, all of this exotic madness is inside the impossibly slim case. Outside - and this is a masterstroke - the entire system has been transformed into a functional but beautiful Space Grey.

Make no mistake: this is an ideal machine for professionals. Sure, it's not expandable. Except that it is. Incredibly so. Thunderbolt 3 is PCIe on a very fast cable. There’s enough video bandwidth for 40 megapixel frames. Add that up and it’s more than 8K. The system comes by default with a 5K monitor. Changes to the Mac OS will make it easier to work with external GPUs.

More important than the arrival of the iMac Pro itself is the certainty that Apple is back on track for professionals. This isn’t a token gesture. It’s a profound statement of intent.

Maybe Apple has listened to the deafening chorus from professionals, all of them saying that Apple has abandoned them. They had good reason to think this. There’s been precious little from the Cupertino company to comfort professionals for the last four years, although there’s clearly been a lot of work done on Apple’s flagship professional apps, FCP X and Logic (their music creation app).

I think it’s possible that Apple reached a crunch point a little while ago, when Microsoft launched their Surface Studio all-in-one system. This is a computer that is unashamedly expensive. It has a superlatively great screen and a cleverly engineered mechanism to take the screen from almost vertical to almost flat - making it ideal as a touch and pen device. But it’s not very powerful - not compared to the iMac Pro, that is.

Apple has more than matched this in my view with a 5K screen and simply the most powerful PC components on the planet. It’s a perfect response to the Microsoft system and it’s going to make Mac users feel good again.

Ultimately, I think Apple lost sight of the “halo effect” of being the default choice for creative professionals. This happened some time ago and the company has been adrift ever since then. It’s now realised that if you can keep aesthetically demanding power users happy, good things will follow.