Core wars and a return to competition in the CPU market 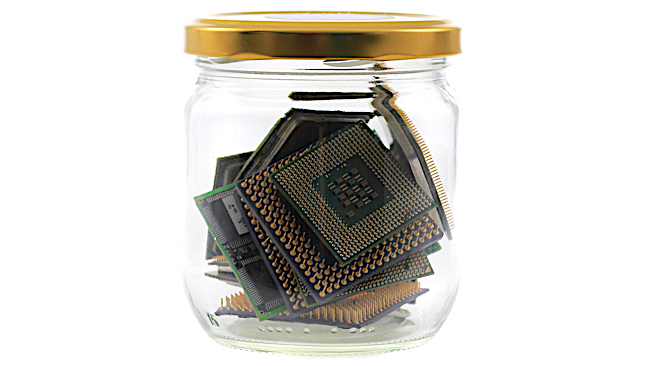 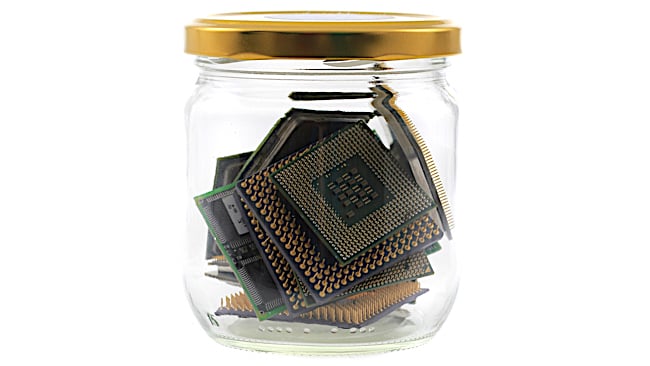 Core blimey: new chips will belong firmly in the workstation rather than in a jar on the shelf

The news that both Intel and AMD have multi-core chips ready to roll out of the fabrication plants this summer is going to be good news for workstation users.

CPUs have been boring for a very long time. AMD and Intel had been holding each others' feet to the fire in the first few years of the twenty-first century, and while it's a matter of conjecture as to whether this sort of competition really provoked lots of new engineering, that period certainly coincided with some fairly significant advances in clock rate, instructions executed per clock, and core count.

Since then, AMD's CPU offering has been less competitive, and there have been only fractional improvements in CPU performance from either manufacturer. This hasn't bothered most people since office work is hardly a high-performance pastime at the best of times. Games are still often built for consoles and fail to take great advantage of more than a few cores. Really, PC performance for the most common tasks has reached a post-scarcity nirvana limited principally by the performance of the latest Playstation – which is currently made out of much the same sort of parts.

Workstation people – that's us – often tend toward a rather different point of view, especially from the perspective which likes lots of cores. Now, to be fair, there's no guarantee that post production applications will use a multi-core system as efficiently as we'd like. After Effects actually lost some of its ability to make best use of multi-core systems with the loss of the “render multiple frames simultaneously” option after CC2014. With luck, though we'll see some improvements in that direction soon, though, because it seems as if both AMD and Intel are pushing for CPUs with core counts beyond the now-common four.

The first contender for this is AMD's Ryzen CPU line. Careful press speculation also informs us that Intel is to launch a series of CPUs with the i9 moniker (compared to the existing i3, i5 and i7), something that will clearly have been designed to counter AMD's move. Both Ryzen and i9, assuming currently-available information is correct, are likely to offer more cores than we've often enjoyed to date.

There is good evidence of a market for this: the rare, expensive six-core CPUs compatible with older computers, things like the now-ancient Core i7-980X, have held an admirable proportion of their value over the seven years since their release, and that's simply because it's a way to add 50% more performance (assuming reasonably multi-threaded code) to an otherwise run-of-the-mill old machine. There's also been a growth in systems craftily built around used Xeons pulled out of server farms, where the lower power consumption of more modern CPUs is a bigger deal than at home or in a small office.

Whether either of these new developments will be enough to tempt the average user away from a four-core machine remains to be seen, but if it is, it probably won't be Intel's offering that does so. Larger numbers after the “i” imply cleverer technologies, particularly things like hyperthreading, which are designed to improve the number of instructions executed per clock cycle. That makes the processor more complex and more difficult to produce.

Conversely, AMD's approach seems to be to offer a more attractive price-to-cores ratio. The crucial difference is one of performance per unit currency, as well as issues such as power consumption and cooling requirements. These are things we can evaluate only once the benchmarks start to come in, but in the meantime, the good news is that AMD seems to be attempting a comeback, Intel seems keen to meet the challenge and a return to the good old days of a competitive market beckons.