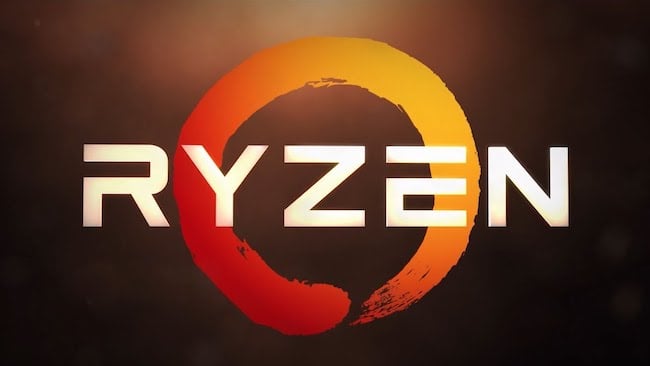 With Ryzen already making serious inroads into Intel’s market, AMD has just upped the stakes massively with the revelation of its new forthcoming 16-core Threadripper. Game on!

AMD held a major event for Financial Analysts on 16 May. It was 1pm in California and 9pm here in the UK when Lisa Su, President and CEO kicked off proceedings with talk of the server chip Naples which has been named EPYC.

EPYC has massive sales potential for AMD and the audience was packed with analysts so this is major news but on this particular day I didn’t care.

It was a similar story with Radeon Instinct, the new graphics card aimed at the machine learning/Artificial Intelligence market. Big, big potential and I still didn’t care.

Mark Papermaster, Senior VP and CTO talked about Moore’s Law and bits of architecture such as Infinity Fabric, but that was OK, we knew the good stuff was coming shortly.

Jim Anderson, Senior VP and General Manager, Computing and Graphics Business Unit took to the stage and talked about the success of Ryzen 7 and 5 and mentioned that Ryzen 3 is coming in Q3. Any day now you will be able to buy AMD Ryzen systems from Acer, Asus, Dell, HP and Lenovo. Really, Dell? Dell has been an AMD-free zone since forever so that’s a surprise.

Ryzen Mobile for laptops sounds interesting as the combination of Ryzen CPU and Vega graphics should kick Intel all around the park, always provided the battery life is acceptable.

And then, after two hours, we got the single slide we had been hoping to see. In the Summer of 2017, AMD will launch a desktop CPU called Threadripper that is intended to rain all over Core i9’s parade.

You can see the 58-second excerpt below.

Some months back we got wind of AMD chipsets named X390 and X399. X399 appeared to support dual Naples Server chips (which are pretty much System On Chip with the bare minimum of I/O). Ryzen 7 launched alongside the X370 chipset and X390 looked like a chipset for a single CPU, but which CPU? The obvious answer was something that sits above Ryzen 7 in the food chain and the platform name that surfaced for this new Uber-CPU was Whitehaven.

Since then we have had a steady drip of leaks with the result that we are confident AMD will launch a range of Ryzen 9 CPUs that use a different CPU socket to AM4 that is significantly larger. It isn’t entirely clear whether Ryzen 9 is a double Ryzen or half an EPYC but the headline Ryzen 9 1998X will sport 16-cores and 32-threads with quad-channel DDR4 memory. Base clock speed is estimated to be 3.5 GHz with maximum Turbo of 3.8GHz or 3.9GHz.

It is crystal clear that Ryzen 9 is shaping up to be a workstation processor that should demolish multithreaded tasks such as video editing. Balanced against that Ryzen 9 appears to have clock speeds that are slightly lower than Core i9, however that is a misreading of the situation.

If you take a look at Intel’s massive list of Xeon processors you will see you can buy CPUs with up to 22 cores however as the core count increases the clock speed decreases to balance power draw and heat. The two most interesting models are the 14-core Xeon E5-2690 v4 which has a maximum speed of 3.5GHz and a 16-core E5-2697A v4 that runs up to 3.6GHz. In that context the new Ryzen 9 runs 300MHz faster than a comparable Xeon.

So yes, the lower end of the Ryzen 9 product stack appears to have a struggle on its hands when it comes to Core i9. By contrast the 14 core and 16 core models appear to be in a class of their own.

This leaves us with the big question of exactly how many cores you need in your next workstation CPU. The answer, historically, is that six is nice, eight is better and ten is complete overkill. In the very near future we may discover the correct answer is ‘as many as you can afford.’

[You can read our coverage of the other major news from Intel this week here: Intel preps to launch Core i9, its first new processor line in years]