Intel preps to launch Core i9, its first new processor line in years 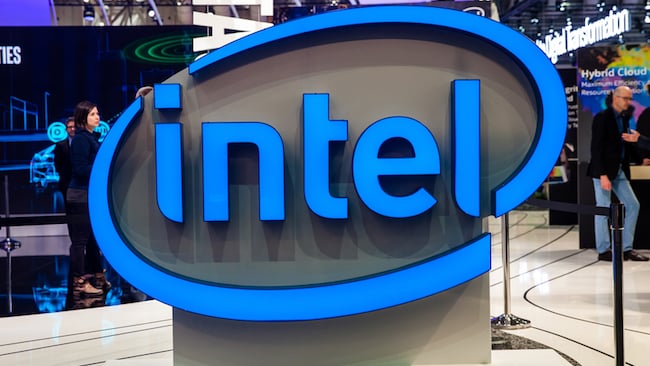 It is only two weeks until Computex, the annual tech jamboree in Taipei, Taiwan, where we are increasingly confident that Intel will launch Core i9 and its HEDT (High-End DeskTop) platform, Basin Falls.

The key thing to remember about HEDT is that ‘High End’ is not the same thing as ‘New’. HEDT technology typically trails one or two generations behind the most current desktop platform, so we currently have Kaby Lake LGA1151 for gamers running on Z270 chipset while the current HEDT uses Broadwell technology. That sounds like a contradiction but the thinking is that serious workstation people pay extra for reliability and are happy to leave it to the gamers to sort out the bugs in new speed silicon.

The news that has leaked out in advance of Computex is that Intel will update HEDT to use Skylake with a new CPU socket and chipset under the name Core i9. Intel will also use Basin Falls to support new Core i7 and Core i5 models that are built on Kaby Lake technology.

The new chipset will be named X299, presumably because this combination of Skylake and Kaby Lake means that X199 would sound older than Z270. A bigger number is always better, right?

Basin Falls will use a new CPU socket LGA2066. However this is a minor revision from LGA2011-3 and we hear from cooler company Noctua that existing coolers can be used on the new platform without the need for any adapters. So we can take it that LGA2066 is the same size and shape as LGA2011-3.

At Computex we expect that Intel will announce four Core i9 CPUs that use Skylake-X technology.

Here are some specs:

Kaby Lake-X is altogether more peculiar. Using the same LGA2066 platform, Intel will announce a pair of Core i7 CPUs that have no obvious role to play.

We have to think that Intel will position these CPUs as the bottom rung of a product stack that supports a single graphics card and a single level of Turbo. Want a new X299 PC? Prices start from £999 (with quad core and dual channel RAM). Upgrade to ten cores and quad channel and you won’t see change out of £2,999.

Keeping one in reserve

Intel is expected to launch these new CPUs and X299 in mid-June with product on sale at the end of June, but it is keeping one CPU in reserve. This is the Core i9-7920X that is expected to launch in August with 12 cores and 24 threads as a direct replacement for the ten core Core i7-6950X. Clock speeds are being kept under wraps, but Core i9-7920X is supposed to have 16.5MB L3 and 44 PCIe lanes.

That is the point when we expect AMD Whitehaven to break cover. We first heard about Whitehaven quite recently, but last night AMD made it official at a high profile event for Financial Analysts.

Whitehaven will effectively be a double Ryzen R7 with up to 16 cores and 32 threads and hence will be named Threadripper. We expect the model codes will follow the form Ryzen R9 19xx which makes the parallels with Core i9 fairly obvious.

[You can read the details all about the new Threadripper here.]

So what does this mean for PC users, workstation jockeys and video editors? Core i9 should be a direct upgrade from Core i7 HEDT with more CPU cores, significantly more clock speed and better support for PCIe storage. The move from Broadwell-E to Skylake-X will doubtless deliver more refinement and a few extra percentage points of performance.

Games typically run on very few threads so for gamers it remains the case that clock speed is king. We expect the upcoming Coffee Lake CPUs will move the goalposts onward from Kaby Lake but nonetheless the extra clock speed of Skylake-X should make HEDT more appealing to gamers who want a high end PC.

Perhaps the most interesting thought is that while Intel appears to be rolling out Skylake-X on schedule, the change of name to Core i9 and the preparation for Core i9-7920X suggests they it is responding to AMD Ryzen.

This is very good news and may, conceivably, lead to a reduction in CPU prices as competition ramps up. Well, we can always hope...