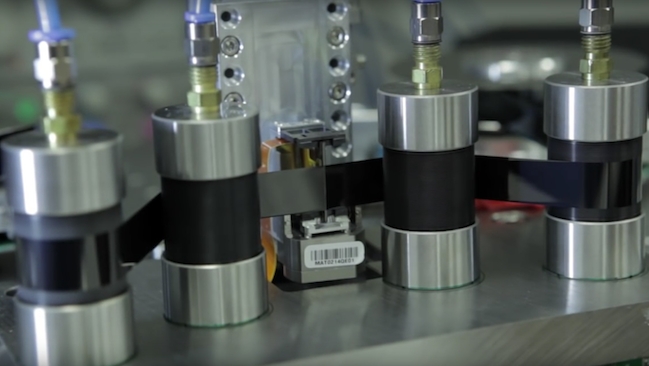 While it’s tempting to think of tape as a dead end format being rewound into obsolescence, the reality is a big different as IBM’s latest pushing of some fairly impressive boundaries demonstrates.

It'd be easy to get the impression that LTO is the only tape format left in the world, and in some ways that was sort of the idea. LTO arises from frustration during the late 1990s over the huge number of mutually-incompatible tape formats that existed at the time. There is some sense in the desire for alternatives, so that if there turns out to be some huge, unanticipated flaw in a system, there's something else to go to, but the purpose of LTO was compatibility, and that – plus the frankly fairly small market – is probably why nobody has released a competitor.

Although actually, there always has been one. IBM and Oracle make some very upscale storage systems intended for big institutions. Those upscale storage systems include tape backup, and IBM has just announced an update. The company's new TS1155 drive essentially supersedes the TS1150, offering 15TB capacity against the previous generation’s 10TB — and that's 15TB of real capacity, without factoring in compression.

A criticism that can be levelled at LTO is that it mixes messages with regard to capacity, with the latest LTO7 revision frequently being described as having 15TB capacity, matching that of the TS1155. In fact, an LTO7 tape has a capacity of 6TB, and the marketing assumes a 2.5:1 ratio of lossless compression. IBM suggests that the TS series drives will achieve 3:1 compression on most content, boosting the 1155's capacity to an exceedingly capacious 45TB, although this sort of compression doesn't tend to work very well on noisy media data like video anyway. It'll take LTO8, with its intended 12.8TB capacity, to come near IBM's big new tape drive.

The TS1155 is available in Fibre Channel and 10Gbps Ethernet formats, and that's a good thing – the format is specified up to 360 megabytes per second, somewhat faster than LTO7's 300, although that's not going to come anywhere near saturating either of those connections. LTO8, in case we feel like hypothesising about the future, is intended to achieve 427 megabytes per second. In any case, it doesn't really matter: the TS1155 is intended for IBM's big data storage boxes, not for plugging into a USB port on a workstation to dump a flash card full of camera original files. As such, it's an interesting curiosity that currently represents the zenith of tape tech, but if you have to ask, you probably can't afford it.

Fun as all of this is, though, there's a rather unsettling coda to the story of tape storage in 2017. Tape is expensive – not quite as expensive as hard disks, so long as you write enough tapes on your £1500 drive, but so far it's always been slightly too expensive to be taken up by all of the people who really should be using it. The total amount of LTO storage shipped, in terms of megabytes of space, has always been steadily increasing, but the total number of drives and media sold doesn't look quite so rosy. LTO7 exists, but future revisions are a roadmap, and significant investment will be required to bring them into reality. It seems likely that niche systems such as IBM's, which is crucial to large industries such as banking, will continue because the customers are likely to have the inclination and the ability to pay for it.

Whether even more niche situations like filmmaking are enough to keep LTO going in the long term remains to be seen. Likewise, we don't know whether the format will hit some limit of fundamental physics that makes it impossible to continue the so-far-unstoppable increases in size and speed. There might never be an LTO10 regardless.

Ultimately, we could reasonably assume that all of this will at some point be overtaken by an entirely novel form of storage – something like the techniques using ultrafast lasers being looked into by the University of Southampton. Camera originals written indelibly into slugs of inexpensive glass, that last billions of years and can withstand a thousand degrees? Yes, please.