What will the new Mac Pro be like? We think we know. 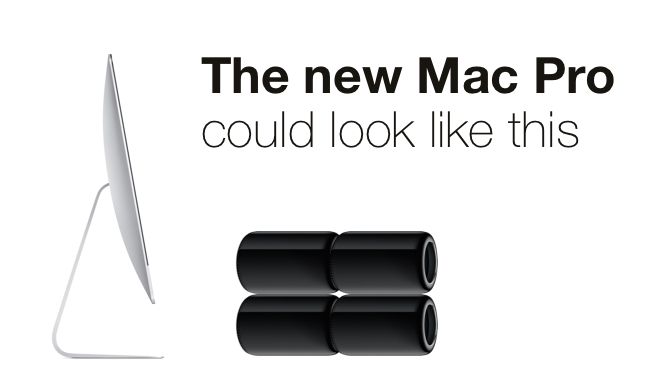 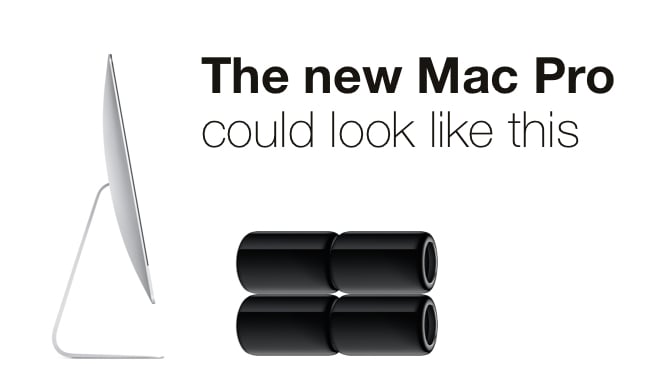 Well of course it won't look like this. But we think it will be some modules and a screen. Here's our reasoning below.

There have been modular computers in the past and they’ve been terrible. I remember from the nineties a startup computer company that spent a fortune on an expensive “reveal” to the press of their new, modular PC that was said to be “future proof”. As far as I know, the company sank without a trace shortly after. The trouble with “future proofing through modules” is that you have to keep manufacturing these expensive custom parts. It’s not a business plan that works. It’s much better to stick to expansion through an industry-standard bus. Otherwise, instead of being future proof, you’re going to find a small range of proprietary accessories that are about as attractive a prospect as a cornered rattlesnake.

But having said that, things are different now. We’ve reached something of a plateau with CPU speeds. Most recent advances have had more to do with memory, bus design, interconnects and GPUs. This does change the landscape for modular computers and perhaps makes them seem more feasible than a couple of decades ago.

Remember that Apple loves to keep things in-house. Also, remember that Apple is trying to move its computing architecture completely inside the company too. It has achieved this with phones and tablets (with its “A” series CPUs), and the fact that it hasn’t and possibly can’t do this yet with the Mac-side of its business is likely to be a worry for it. If such an architecture were to form the basis of the new Mac Pro, it would mean something very important to Apple: that if and when it moves its Mac line to Apple processors, an update to the Mac Pro would simply be a matter of replacing the CPU module.

(This whole idea begs so many questions that it’s hard to know where to start, but it is worth mentioning because such a move by Apple would be far from the most surprising thing it has ever done).

So the new, modular Mac Pro might give us a glimpse into Apple's future CPU strategy. Again, it depends on what it means by “modular”.

The most radical architecture of all might be for a computer that has no central part at all. It might be that the CPU, GPU, Memory and I/O are completely separate units — but probably mechanically interlocking in some way. Perhaps the same device that locks the units together would carry the data between them too. Topographically, nothing much would have changed, but physically, it would be all different. What would be the advantages to this approach?

Modularity, obviously. Any module could be swapped with any new module. That means that new CPUs, GPUs and virtually any other aspect of the “ecosystem” could be swapped out. Such an extreme topology, though, would require a suitably fast interconnect between the units. It’s doubtful if even Thunderbolt 3 could do this. While it’s reasonable to regard Thunderbolt as “PCIe on a wire”, there are important differences. But it is possible to get “raw” PCIe in and out of a computer on a cable. What about a fibre version of PCIe? Companies like Accusys already manufactures shared Thunderbolt storage that uses PCIe as a Lingua Franca.

Of course, what everyone would really like most is a return to the one-box expandable format of the aluminium Mac Pros. But I can’t see that happening. If that option had any place at all in Apple’s thinking then I suspect it would have kept the “traditional” Mac Pro in production as the Mac Pro Classic. The reason I don’t think it will bring the silver box back is that there is a big difference between “modularity” and “expandability. As we’ve hinted above, modularity implies that Apple has control over the modules. You won’t be able to fit a GPU into the new Mac Pro unless it’s entombed in a Mac Module, having gone through an extensive approval process. In fact, it seems likely to me that third parties will have very little control or indeed any input at all into Mac Pro Modules. Apple will probably decide on a very limited range of options, all of which will only be available through Apple dealers.

This may be a maddening outcome for power users, but it does make sense in a narrow way. The Mac OS is famously stable. (Well, it is now!)  This is largely because of the high degree of vertical integration in Apple products. Keeping a tight rein on what you can and can’t plug into the system would potentially allow flexibility without the “Mad Max” type of mods that you see in the Windows and Linux world. I suppose an aircraft analogy would be appropriate here: how happy would you be to fly in an aircraft that had been put together by knowledgeable enthusiasts as opposed to one that had to comply with all the regulations? Ultimately, this discussion is all about mission criticality in the sense that the dependability of its equipment is the thing that will ensure a production facility’s bills getting paid.

So that would be my guess: the new Mac Pro will be a highly proprietary modular system with an extremely fast (ie memory-speed) interconnect. There will not be the same type of expandability that we all used to love in the old aluminium Mac Pros. Remember: I can’t say this often enough — this is my guess and I have absolutely no prior knowledge.

Apple has said that it’s going to produce a new display. We can probably assume that this will have a minimum resolution of 4K, that there will almost certainly be a 5K version and — just possibly — an 8K one. There are rumours there will be a GPU inside the display. All of this seems credible except that if there’s a GPU inside the monitor, then that will potentially make the display obsolete at the same speed as the GPU. GPUs can go out of date quite quickly, but there’s a way around this issue.

What if there is a minimum of two GPUs in the overall system? What if there were one GPU in the monitor whose sole job is to handle all those pixels and nothing more? Merely rasterising the image for the screen? There would then be one or more additional GPUs in the computing system itself. Today’s computing is moving towards GPUs because GPUs can do much more than graphics processing. Any fast repetitive task is ideal for a GPU because these chips are so massively parallel. So — and I know this is getting a big wild — I would suggest that the new Mac Pro has three GPUs. One in the monitor (that could also be used as an accelerator for laptop systems), two in the system itself (as modules, of course) both of which could be used for graphics-intensive work, but each of which could be used for some other purpose like AI, Machine Learning, or any other aspect of computing that would be suited for such a platform.

Of course, you can’t make this kind of prediction without being prepared for the possibility of being proved utterly and completely wrong. I’m OK with that.

Either way — it’s going to be fascinating.