Revisit the Internet of 1996 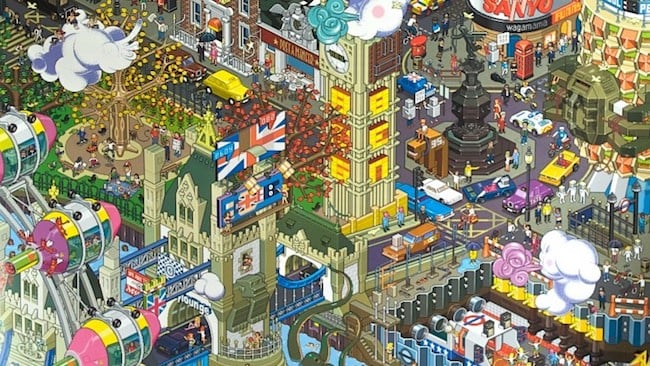 Those of us who were there and remember not bothering with sites that had jpegs on because they were too slow to load might ask why on Earth you'd want to, but there's no denying that an exhibition in London which recreates an Internet Cafe circa 1996, complete with barely functioning web, is an intriguing prospect.

For those of us who remember the pain of dial-up, the excitement of 56k modems, and the thrill of a good Usenet flame war, the internet of 1996 is a fun place to visit. For those of us who have slightly less computing years on the clock, it's probably something of a shock to the system. But that is the whole point of 64 Bits, an art installation that runs until 21 April at London's Queen Elizabeth Olympic Park, and is subtitled 'an exhibition of the web's lost past'.

Created by Jim Boulton, a digital director at creative firm Aesop Agency, the exhibition displays archived examples of the early internet on the machines of the era, stretching from the first website of all back in 1991 to the death of Web 1.0 in around 2005, with, as Motherboard's Ben Sullivan elegantly puts it "all the weird shit in between."

With additional exhibits on the career of Susan Kare, one of the leading designers of the early days of personal computing and the woman who famously made the Macintosh smile at start up, eBoy's delicious pixel panoramas, the chance to have your own ASCII portrait printed, and a journey down the rabbit hole to 1994 and ordering a pizza off the first ever transactional website, it's an experience that manages probably to be both comforting and deeply frustrating at the same time.

It's often said that if you run Twitter backwards it starts in a whirling gyre of unpleasantness and eventually ends up with a handful of happy geeks saying hello to each other. And that would be great but is it really worth sacrificing our broadband for? Head to www.64bits.co.uk and see how you feel.