The state of the market for SSDs: March 2017 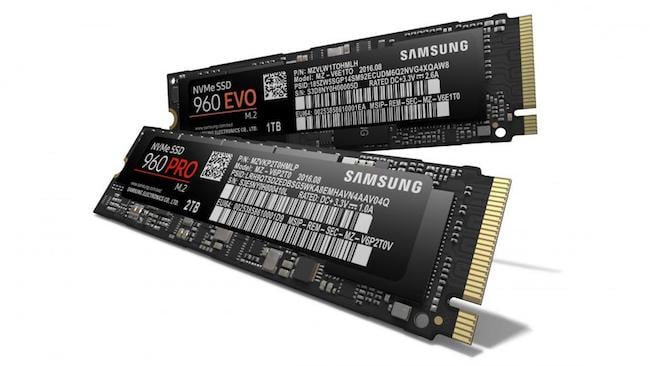 Leo Waldock takes a look at the latest movements in the SSD market and, while these are all from the UK which has its own economic peculiarities at the moment, the trends map onto countries around the globe.

I have to admit I am feeling conflicted. It has been five months (October 2016) since I last wrote about the state of the SSD market and now here we are in March 2017 and very little appears to have changed.

Perhaps the most frustrating point is the way prices in the UK have stuck solid, and recent currency changes mean that we pay the same in GBP as our American cousins pay in USD. Historically we Brits have suffered a dollar tax where we seem to pay too much but now the difference is so obvious that it has become painful.

But enough of my moaning, let’s take a look at the hardware

2.5-inch SATA SSDs continue to be the mainstream offering, which is superb news for anyone who wants to plug a drive in an Atomos recorder. If you fancy using an USB caddy to house an SSD as a portable external drive you will find the 240GB SSD is fairly generic and priced just under £100. 480GB SSDs are also generic and represent better value at £150. These are good sized drives as chunks of fast storage but they’re not really large enough for use in video editing workstations where you want drives measured in Terabytes. The problem is that once you head to 1TB and 2TB the number of offerings on the market is fairly limited and the prices haven’t changed in at least six months.

By happy coincidence I have just received a Press release arrived from Kingston with some hard facts about the SSD market.

‘According to Forward Insights, a total of 63 million SSDs were shipped worldwide in the channel in 2016 with Kingston accounting for nearly 10.1 million units.’

The analysis tells us that Samsung is the big player with 21 percent, Kingston has 16 percent, SanDisk has 7 percent and Toshiba has 5 percent. Intel is down on 3 percent and ‘Others’ add up to 30 percent.

It comes as little surprise that Samsung is the top dog as the Korean giant controls every aspect of its SSDs, including the controller, NAND, software and marketing. And they also know how to charge.

There is significant variation in prices for SSDs with similar specifications. My personal benchmark is the 2TB Crucial MX300 which continues to cost just under £500, and I note the 1.92TB Corsair Neutron XT (which is not yet available many months after its launch) is listed as on pre-order at £845

We know the hard drive giants WD and Seagate will slowly but surely move into solid state storage. A few months ago WD launched two families of dull-but-worthy 2.5-inch SATA SSDs called Green and Blue. WD has now released an SSD called Black in M.2 NVMe form that costs £204 for 512GB, which is a step in the right direction.

In the meantime, you can buy a 10TB Seagate IronWolf NAS drive for £419, which compares rather well with a 4TB Samsung 850 Evo at £1300. Seagate recently announced a 12TB Enterprise drive that has eight platters and is filled with helium, so it is clear there is still plenty of life in the upper end of the hard drive market.

Behind the scenes, there have been some significant moves in the world of SSDs, albeit at a glacial pace. Primarily we are interested in 3D TLC NAND as that technology will drive up memory density and should also drive prices down. The companies we need to watch are Samsung, Toshiba and Intel/Micron and the only way this works for the consumer is if we have competition among these Tech Titans.

Samsung uses 48-layer NAND in the 960 Pro and Toshiba has recently shown 64-layer NAND so yes there is progress but blimey, it’s moving slowly for this frustrated tech aficionado.