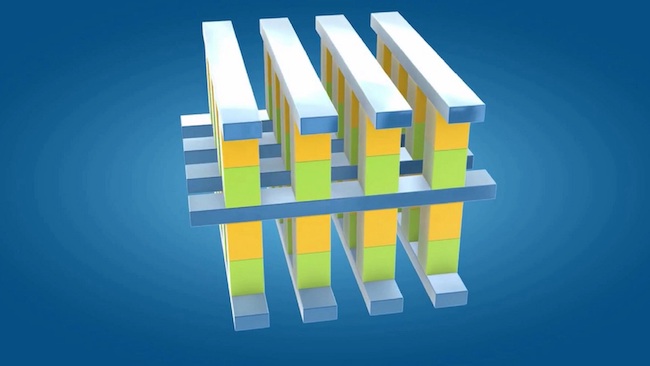 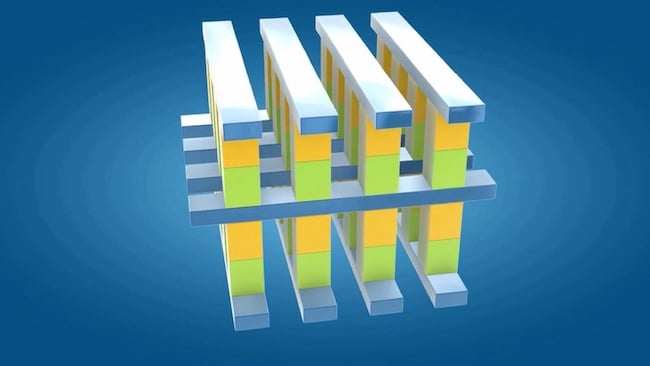 With IMFT’s 3D XPoint technology, higher speed storage and huge computer memory capacity may be coming to a workstation near to you.

Intel and Micron developed 3D XPoint technology is due to hit the shelves in the form of Optane products this year. 3D XPoint is non-volatile memory technology Intel and Micron have developed together. The first products are essentially high-performance SSDs made for servers. Rather than offering big boosts in read/write speeds, they're designed to handle large numbers of concurrent transactions with low latencies.

This is a win for servers, which need to handle large numbers of concurrent users, such as web servers with lots of traffic. The individual reads/writes might be small, but the aggregate throughput can add up to huge numbers.

One of the benefits of 3D XPoint (pronounced "cross point") technology is longer lasting SSDs, which is a good trend. One trade-off is that Optane consumes more power than the current Samsung EVO SSDs, which is a step back.

Being optimised for servers and targeted towards the data centre, Optane is probably not going to be a big winner on price either. Most likely Intel and Micron are going for high-margin products as this is a common approach for recovering R&D costs while ramping up production volumes.

The first Optane products are expected not to have much appeal to filmmakers. They aren't really adding any value that the Samsung Evo doesn’t already offer, but the roadmap reveals some interesting plans that sound more than promising.

Due to the impressive level of performance current x86 cores have achieved, combined with the staggering levels of computing power that GPUs have given us, storage performance has fallen far behind. The spinning disk has been a severe bottleneck for quite some time now and for 4K they're already a liability, never mind 8K.

Now let's take a look at what 3D XPoint could mean, should Intel and Micron come even in spitting distance of their initial performance claims.

First of all, 3D XPoint is the same non-volatile memory SSDs use. Current NAND densities are higher than the initial 3D XPoint densities, so 3D XPoint has a considerably lower capacity.

It promises much higher endurance, especially compared with consumer SSDs. Compared to enterprise SSDs it's not quite as impressive. That, however, isn't the most interesting about the technology.

The most interesting part is that 3D XPoint is MEMORY. Although Micron is going to be selling storage devices for the first three years after launching 3D XPoint under its QuantX brand only, that's a contractual obligation. Intel meanwhile will be selling 3D XPoint as memory.

3D XPoint dies can pack more storage capacity than DRAM can, although not as much as NAND-based dies used in SSDs. It can, however, stack the way that NAND dies do, increasing capacity and theoretically maxing out the initial products at 256GB for a single package. Keeping in mind that a current DIMM uses eight 1GB dies to achieve 8GB of memory capacity, that's potentially a huge amount of storage for a single DIMM.

Since 3D XPoint can be modified one bit at a time rather than requiring a block erase before writing as in the case of NAND used in current SSDs, it has several advantages:

Right now, the products that IMFT (Intel Micron Flash Technologies) is bringing to market are promising for data centres, but future products could bring SSD capacities to system memory. Even current 3D XPoint capacities are huge compared to current system memory. Modern workstations typically have 32-64 GB of system memory, so moving up to 375 GB would be a huge leap.

Intel achieving its goal of delivering terabyte DIMMs using 3D XPoint would signal a tremendous leap forward in memory technology, which after over a decade of near stagnation would be a tremendously welcome change.