The Asus Tinker Board: should you get one? 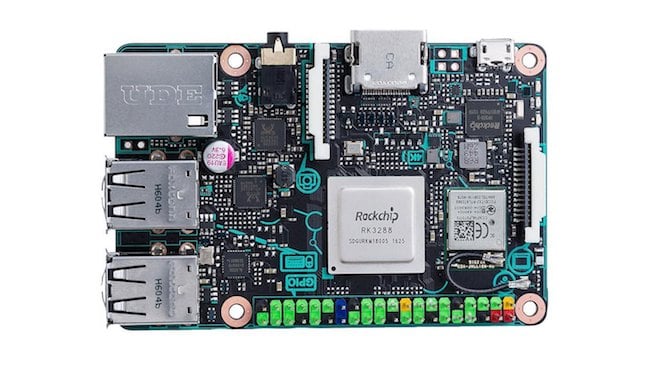 More expensive than a Pi, but the potential is enormous

With double the RAM, a 4K capable GPU, and a processor nearly twice as fast as the Raspberry Pi 3 Model B, the Asus Tinker Board has home brew media appliance geeks battling it out in the comments sections of tech blogs. The potential is certainly impressive.

For the last five years, the Single Board Computer (SBC) has been owned by the Raspberry Pi Project. The project is a charitable educational organization, created with the mission to promote computer literacy worldwide. The goal was, and continues to be, to put capable and wildly inexpensive computers in the hands of everyone. The models range from a $5machine called the Raspberry Pi Zero on up to the most expensive unit, the Raspberry Pi 3 Model B for $35. The Asus Tinker will most likely cost around $60.

‘Pies’ are fully functioning computers (CPU, GPU, WiFi, ports) — users have to plug in power, a keyboard (via USB) a monitor (via HDMI), then boot up a some flavour of Linux (Debian, Ubuntu, etc.), and, boom, instant, cheap computer. However, the use cases have blossomed and mutated beyond the initial vision of computing-for-the-masses set forth in 2012.

The Raspberry Pi concept spawned a whole new genera of tiny computing devices, and rather than selling tens of thousands to colleges and universities, tens of millions of these devices have sold everywhere. And where there’s heat, there’s fire, and other device manufacturers have piled on releasing their own versions of credit-card sized powerhouses.

Some of these machines are literal appliances like the Kindle Fire TV Stick from Amazon. Others are Pi-like kit machines, like the 81 different machines listed here, aimed squarely at the garage-tinkering developer who wants a platform. These SBCs range from 9 bucks to the hundreds and run a wide variety of flavors of Linux, Arduino and Android.

It is in this chaotic, crowded environment that the Asus Tinker lands with such fanfare. So what’s the big deal?

The Tinker’s specs are respectable but not ground-breaking — there are already 4K capable SBCs, ones that have the Cortex A17 processor, and the GPU is from last year. And Asus, for all its size, is jumping into this arena without the benefit of a huge, engaged user-base and third-party products to help turn their SBC into really cool stuff.

Building an SBC that has the same form-factor as the Pi does open up the possibility that it could play nice in existing Pi-based projects. However, the Tinker runs its own flavour of Debian and it may or may not work to just swap out your old Pi for this new unit.

So, Should You Get One?

Today, if you want a dedicated 4K streamer for watching movies, you’re better off with more expensive offerings from Amazon, nVidia and Google. These are SBC devices that are plug-and-play appliances that you don’t have to get your hands dirty with because the media center OS is there and it works. You can literally talk into the remote.

However, if you are, in fact, a tinkerer, a 4K capable SBC from a major product manufacturer is tantalizing. The one thing about this world of teeny-tiny computers is that communities form quickly, hackers can rally around a new product or platform and within months people are doing really cool stuff. But the inverse is true, badly implemented, closed systems will die a quick and inglorious death, destined to live in that drawer where you keep the junk you got on Kickstarter.

The Tinker has one huge thing going for it, and that is Asus the company. Asus is massive, it makes things you plug into computers (3D sensors, cameras, mice, monitors, wearables, pocket-sized projectors). If Asus decides to champion a product line that is the centre of all things geeky, then, look out, really cool stuff could happen.

This is really my hope, I want Asus, or someone to build a bunch of things I can plug into one another, along with an OS that works, like LEGO, but for all things digital. If Asus does this right, then the Tinker could be the first brick in an empire.