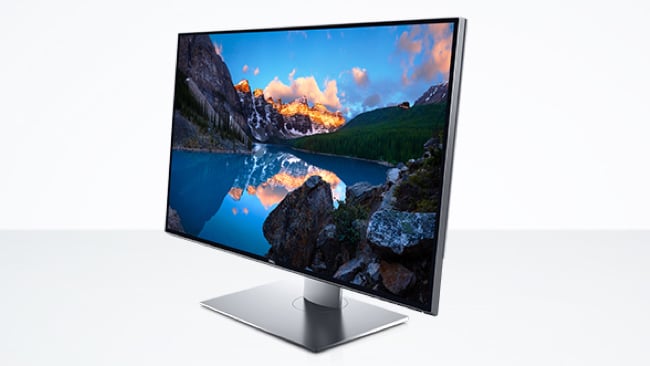 8K in a small space: The UP3218K is agreeably thin

If CES 2017 has proved anything this year it is that the momentum towards 8K is starting to really build, with Dell’s frankly jaw-dropping UltraSharp 32 Ultra HD 8K Monitor being the latest 8K kit to grab the headlines.

This is one of those stories where it’s good to start with numbers, probably the most significant of which is 32,200,000: the number of pixels available on the screen of the new Dell UP3218K. Other ones to note are 1.07 billion (colours), 280 (which the company says is an ‘unprecedented’ ppi), and 100 (percent coverage of the Adobe RGB and sRGB color gamut).

And, oh yes, the small matter of the $4999 it will cost to buy this thing when it becomes available for sale on 23 March on the Dell website in the US. Global pricing and availability is, as yet, unknown.

It is not the first 8K minor the industry has seen, but it is the first production-ready model. And, by way of indicating progress in the field, it is a significant advance over the surprisingly bulky and ungainly Sharp 8K prototype that surfaced at Createc in October. That Dell minimal bezel, for instance, isn't going to look out of place in a lot of high-end production houses.

Elsewhere, Dell also rolled out several new monitors equipped with what it refers to as its new ‘HDR feature’, which comes with all sorts of admonishments that this supports specifications that are different from existing TV standards for HDR and requires HDR10 enabled content from a compatible source.

Nevertheless the Dell 27 Ultrathin Monitor boasts the world’s thinnest profile in its class, an InfinityEdge display, Quad HD technology and USB Type-C connectivity, and with some rathe rnice contemporary design features would probably turn more heads if they weren't bedazzled by the 8K glory. Similarly, the Dell 24 and 27 InfinityEdge Monitors (which also feature dual 6W external speakers professionally tuned by Waves Maxx Audio) have the ‘HDR feature’ too.

But it is the UP3218K that elicited an almost unprecedented ‘OMG’ in RedShark internal communications last night. Now, about that 5K monitor you had your eye on…