The Apple Automobile is go — perhaps 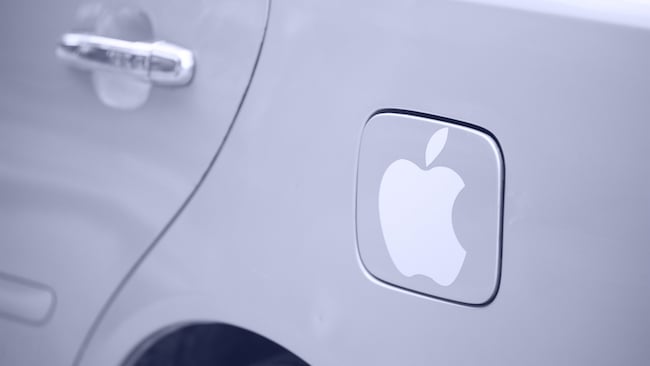 I like driving in iCar: Apple has finally confirmed long-standing industry speculation that it is investing in autonomous vehicles, but does that mean hardware or software?

Rumours about Apple’s self-driving vehicle have been swirling for a couple of years now, aided by the Cupertino company registering such domain names as apple.car and apple.auto. Of course, this could just be the company hedging its bets, but enough stories have emerged — from the Wall St Journal’s insistence that several hundred Apple employees were working on the project, to a name (Project Titan), to Bloomberg’s news that the company had hired several dozen former Blackberry QNX engineers — that we’ve been operating in ‘no smoke without fire’ territory for quite some time now.

A September US government department rulebook governing the manufacture and sale of self-driving cars has already drawn responses from the likes of Google and Ford, and it is this that has finally flushed Apple out of the garage, so to speak.

“Apple uses machine learning to make its products and services smarter, more intuitive, and
more personal,” runs its letter to the National Highway Traffic Safety Administration. “The company is investing heavily in the study of machine learning and automation, and is excited about the potential of automated systems in many areas, including transportation.”

The rest of its five pages are essentially a plea for a light touch in terms of regulation, as well as agreement that data from crashes and near-misses should be pooled by all the companies working in the field.

“Data should be sufficient to reconstruct the event, including time-series of vehicle kinematics and characteristics of the roadway and objects,” it says. “By sharing data, the industry will build a more comprehensive dataset than any one company could create alone.”

This pitches it dead against a powerful cartel of established industry interests, including the likes of Google, Uber, Ford, and Volvo.

So, an Apple iCar it is then? Well, not necessarily. That it is up to something in the space is now certain, but just what that is is less so. Reports earlier this autumn suggested that it was abandoning the hardware side of things (ie, building the actual car itself) in the face of aggressive competition in a field in which it had no experience, and is instead now focussing purely on the software aspect of all things autonomous.

Perhaps it is now time to stop paying any attention to rumours that it is in talks to buy Tesla (fanciful) or McLaren (even more fanciful) and create a vehicle of its own. Certainly its plea for openness and the sharing of data hints at an approach that could be ported across different manufacturers. A Ford with a discreet badge that says ‘Driven by Apple’. A Tesla with the Apple logo on the boot…that sort of thing.

Earlier this year, answering questions on the Apple Car, CEO Tim Cook said: "Do you remember when you were a kid, and Christmas Eve, it was so exciting, you weren’t sure what was going to be downstairs? Well, it’s going to be Christmas Eve for a while."

So, now we know we’re getting a present, it’s just it might not be the big present we were hoping for: just a card with a voucher for an online download.