Doom comes to the Mac... but not quite how you might expect! 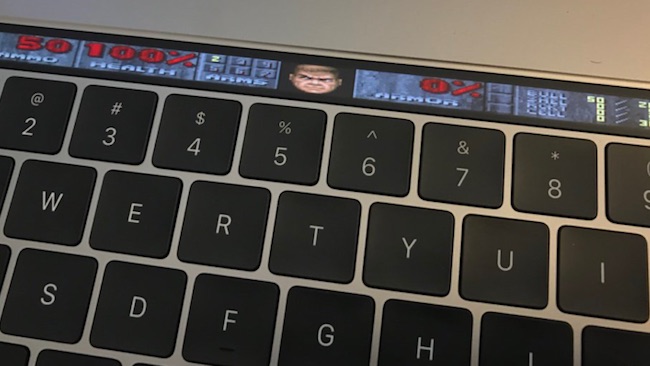 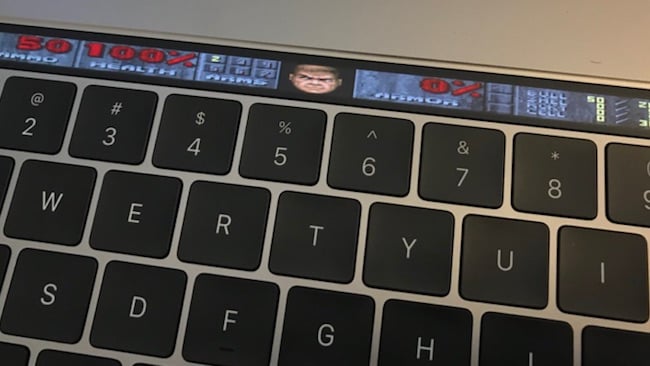 Repurposing the use of CPU power found in everyday appliances to run Doom is nothing new - we've already had Doom on a Canon Pixma printer, for instance. But a new demo shows just how versatile the Touch Bar in the recently released MacBook Pro is.

A developer by the name of Adam Bell decided to port seminal classic Doom, over to the Touch Bar display. At a resolution of 2160 x 60 pixels, it isn't exactly the most visually friendly version of the game. But it does demonstrate the power at hand here. Although it also throws up the question of why Apple didn't just go the whole hog and make the entire keyboard a touch display!

Kickstarter projects aside, such an integration would be rather good, with the ability for all apps to have their own keyboard, with all shortcuts easily to hand. Colour correction control 'surfaces', audio mixing sliders, filter controls, and more could easily be made integral parts of applications, without the need for an additional, and often buggy, separate iPad system, and would leave more screen real estate for timelines and the actual visual feedback.

If anything, this demonstration of Doom hints at potential opportunity lost, or at least future potential. And yet it is still a pretty cool thing to do!

Thanks to Mashable for the heads up on this.

Watch the video of the Touch Bar Doom port in action below.