Windows vs macOS: Does it even matter anymore? 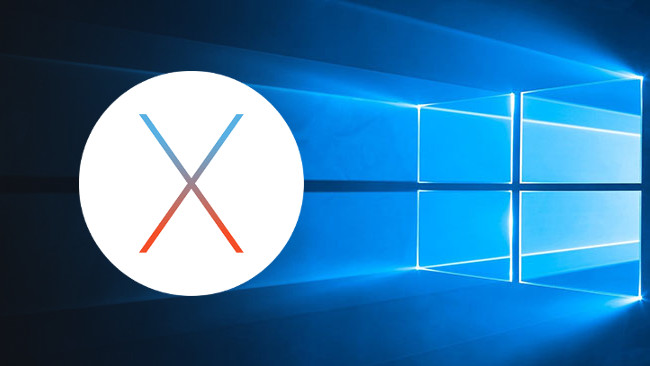 RedShark Replay: As computer operating systems become increasingly invisible, the differences between the platforms dwindle, easing the user's jump from one to the other.

We've had quite a few Apple articles lately. We make no apology for this; it's just the way things happened. Whenever we publish a piece about the Cupertino company, we're accused of being Apple fanboys, even if the article is critical.

I really like Apple laptops. They're stylish, well-made and I'm used to the OS. My main activity is writing text files. That may not sound like something that needs a specific operating system (of course it isn't), but that doesn't tell the whole story. The fact is that I like the way the OS works. To the extent to which I'm so used to it, I like that I can be incredibly productive, because I never have to think about what I'm doing.

Could I use Windows? Absolutely. Of course I could. It would take awhile to get it set up the way I'd want it, but I'd be pretty silly if I convinced myself that I just couldn't use it. And there are some very nice Windows laptops available now, too, many of them faster and with overall high specs than even the top Apple machine.

I don't spend much time editing videos these days. Nor do I have anything like enough time to use the plethora of audio and music software that I've accumulated over the years. But what if I did? How easy would it be to move across to another operating system?

My feeling is that it would be quite easy. In fact, I'm already doing it. I don't want my Mac laptops (I have a MacBook 12" Retina and a 2013 MacBook Pro 15" Retina) to get clogged up with too much software. I like them clean and lean and I usually have a Windows PC workstation or laptop that's passing through on long-term loan that I can run heavy-duty software on.

Usually, when have to use a Windows system, I hanker for how it was ten years ago, when I knew all about Windows - all its foibles, nooks and crannies. While it's still recognisable, a lot has changed and I feel a bit like a stranger lost in a big unfamiliar house. But eventually, when I figure things out again, it's really no effort.

Here's the thing. Once you're inside an application, there's no difference. Resolve, Premiere, Avid Media Composer, Reason, Ableton - all look exactly the same. Run them full screen and you'd struggle to know which OS you're using,

I suspect this is why so many Apple users are now considering moving across to the other side. For these users, the subtle (and not so subtle) nuances of the operating system are much less important than the ability to host their professional applications stably and efficiently.

There are other ways that the operating system is becoming invisible. Increasingly, web browsers are more like mini-operating systems themselves (in fact, Chrome OS is based entirely around browser technology). While you still can't run pro-level media applications in a browser, you can do an awful lot else. All of my collaborative writing work is done in Google Docs and I still find it remarkable that you can see changes being made by other people in your documents in real-time.

Other applications are completely OS-agnostic. Dropbox keeps my files synchronised on Windows and Mac systems. Evernote doesn't care whether it's running on a Microsoft PC, Apple computer or a mobile phone.

And then, there's Linux. For me, this is a step too far, because it's not standardised and I don't have the endurance to work with it, even though I really like the idea of it. Occasionally, I load up a version of Linux on an old laptop, think about using it for a while and then get mired in the details. I completely understand why some people love it, though, and I'm very encouraged to see the number of applications, including fully-fledged NLEs like Lightworks, that work well on the platform.

I wouldn't mind too much if my Macs were taken away from me and replaced with Windows machines. There's nothing magical about them and everything would work pretty much as it did before.

Except for the trackpad.