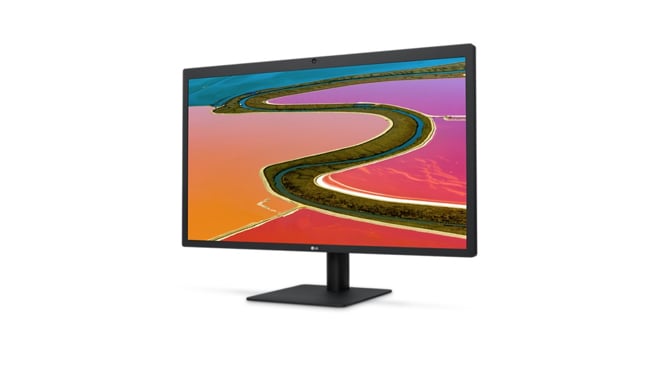 Remember those rather lovely LG 4K & 5K UltraFine Displays that Apple launched a couple of weeks back? Well, they've already come down in price by 25%.

This is being billed as a special pricing rather than a permanent drop — one that it seems will take us through the usual Black Friday frenzy, the holiday gift buying season, and finish at the end of the year — but it is still a significant one. As a result the LG UltraFine 5K Display is now down to $974 from its original price of $1,299, and the 4K Display is now priced at $524 as opposed to its pervious $699.

Both support the P3 wide colour gamut and both are slated for December, though that’s a ship date for the 4K screen and an 'orders open' date for the 5K.

We’ve written before about some of the price differences between countries that the current period of global political feistiness is causing, so we won’t even bother listing prices for other territories. If you live anywhere except (maybe) Canada, they will be more expensive. But a quick perusal of various Apple Store sites round the globe makes it look like at least they will be consistently 25% less so.

Also coming down in price for the same period are a whole slew of dongles, peripherals and more, all designed to allow purchasers of the new USB-C equipped MacBooks to connect their legacy kit up. Discounts here range from 20 to 40%, and are a sign that Apple knows it has a bit of a tough sell with the new kit.

As TechCrunch adroitly puts it: “Film, design and audio professionals often have arcane groupings of systems that all rely on a single esoteric connector to function correctly.”

Again, price cuts seems to be rolling out internationally.