The actual cost of your iPhone camera 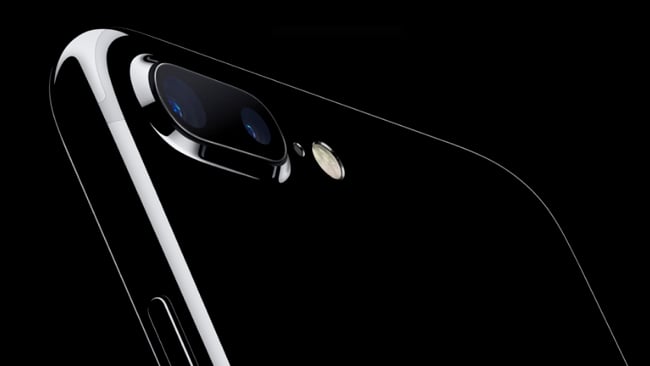 The power of economies of scale: Not as expensive as you might think.

Mark ups on goods are nothing new, especially when it comes to iDevices, but even we were surprised when a teardown of the iPhone 7 revealed how cheap its camera components are.

The result, according to analyst firm Chipworks which does this sort of technical analysis for a living, is a rather paltry $26. Or about 9.5% of the unit’s total manufacturing cost, if you prefer.

The detail the company goes into is impressive. The iPhone 7’s iSight (is rear-facing) camera has a larger, ƒ/1.8 aperture compared to the ƒ/2.2 aperture used for iPhone 6s/6s Plus and features optical image stabilization and a six-element lens.  Although the 12 MP resolution and 1.22 µm pixel pitch hasn’t changed, the iSight’s camera chip is advertised as being 60% faster and 30% more efficient than its predecessor. The chip is a second generation Sony Exmor RS technology platform, probably fabricated using its 90nm technology.

Resolution remains at 12MP resolution with a 1.22 µm pixel pitch as per the iPhone 6, though the chip is advertised as being 60% faster and 30% more efficient than its predecessor.

The unit’s FaceTime camera resolution, meanwhile, has been bumped up to 7MP. Again, this is centred around a Sony Exmor RS chip.

Other notable costs include a touchscreen that comes in at $37 and a battery that costs $4, and you are invited to speculate how many billions Samsung could have saved if it had spent a little more money in that area (though they were twice the size of the iPhone’s 7.45Wh).

Total cost of the iPhone parts is $275, which is a fascinating number when you consider that another noted analyst, IHS Markit estimated that an iPhone 6S cost just under $188 in parts to make. Indeed, to make sure that we are comparing apples with apples, the same company pegs the iPhone 7 costs at a slightly lower $225 (and the camera component at $20), but even so that’s a 20% rise in manufacturing costs in a generation.

With thanks to Peta Pixel for the heads up