There's no such thing as medium dynamic range 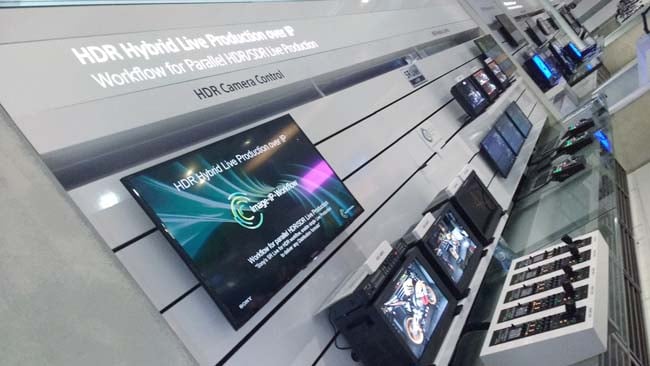 Sony showed live production equipment at IBC to allow events to be broadcast in HDR in realtime.

Opinion: There's no such thing as medium dynamic range or, says Phil Rhodes, at least there shouldn't be.

We've been unstinting in our praise of really good high dynamic range pictures ever since Dolby started showing its superlative demonstrations at NAB and IBC. The company is still doing so, but here's the problem: getting into those demos is not always something that's available to walk-up conference-goers, because they are, justifiably, often packed to the rafters. Similar issues attend Sony's use of the spectacular BVM-X300 to display example HDR material of breathtaking impact and clarity. It's great, but even people with a professional interest will see it only if they go out of their way to do so.

This is, perhaps, surprising. HDR has been under enthusiastic discussion for a while. We might have expected to see a consumer-level HDR roll-out by now. And, of course, we have, to an extent; some of the biggest display manufacturers have started promoting domestic TVs with HDR capability. I say they've "started" promoting those features because it isn't necessarily all that obvious that they've really bothered actually implementing those features. To be fair, there's some extra backlight brightness and, perhaps, they're taking care to use the highest-contrast panels they can reasonably get. Maybe there's a degree of firmware tweaks being implemented, but there's no mistaking the gulf in perceived image quality between the high-end demonstrations, the grading displays and the reality of what's likely to be delivered. 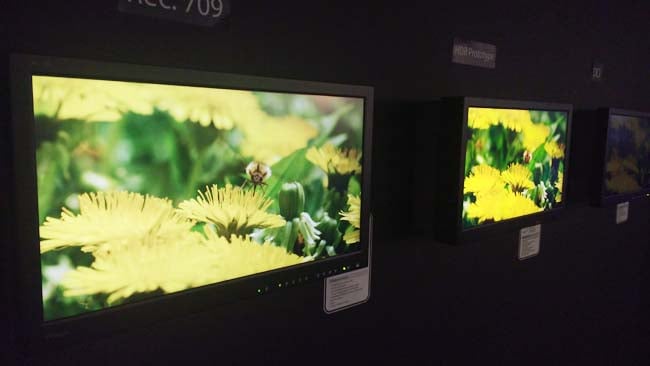 There are actually three displays in this image. The standard dynamic range type is practically invisible.

What's really astounding is that some manufacturers are showing the domestic displays preferentially. Dolby has kept its HDR reference displays out of the immediate public eye, in those closed, private demonstration spaces at the big shows. At IBC, the most visible display was from LG's Signature series (a range which also includes a refrigerator, a washing machine, an oven and a dishwasher). Snarkiness aside, these 4K displays are OLED-based and produce superb images that anyone would be pleased to watch, but they don't have the sheer punch of the four-thousand nit options being shown behind closed doors. We can make all kinds of excuses about OLED technology making up for in contrast what it lacks in brightness and there's something to be said about the amount of stray light in the less-than-ideal viewing environment of a trade show floor, but there's a valid criticism here. The people with probably the best HDR technology in the world opened with something less than their best and the less said about the consumer demos, the better.

Not only is this a shame on its own terms, it's a bit of a break from recent tradition. Television has existed for anything up to a century. While it's only really been a major force since the 1950s, it's still worth noting that the last twenty years has seen many times the progress of the previous fifty, in terms of perceived image quality in the home. There's been constant progress, of course, from monochrome to colour to widescreen, HD and 4K, with sound improving alongside, but much of the most obvious improvements have come in the last ten or fifteen years to most domestic settings. Things have improved out of all recognition and people notice. Internet distribution can now achieve, in many cases, better pictures than broadcast. It's easy to find examples of otherwise disinterested non-technical people complaining about the image quality of old YouTube videos.

As we mentioned after IBC, some of the best displays in the world currently are LED video walls. These are, of course, massively expensive, being comprised of an absolutely staggering number of individual LEDs, but they're also a nice example of modern electronics manufacturing techniques making it possible to do some quite spectacular things. Sony displayed a system it calls CLEDIS, below, which was specifically designed to have a low-reflectance fill around the LEDs. Several other manufacturers also showed high-resolution, small-pitch LED displays. 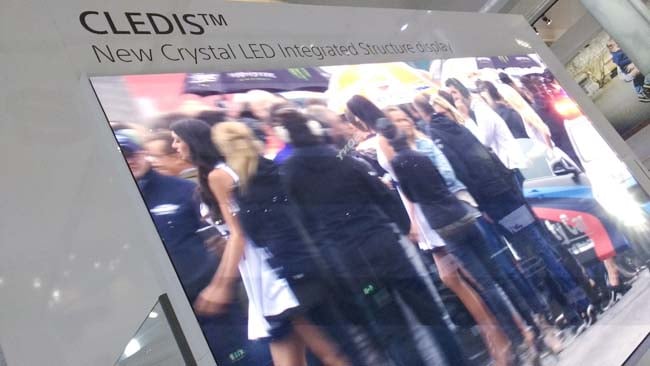 LED video walls have grown in resolution, while retaining the huge capability of the underlying tech,
and are at least as good a candidate for HDR as anything.

Like OLEDs (which are really only a vaguely related technology), these large displays have the advantage of a zero black level and, therefore, theoretically infinite contrast. They also have the sheer power to create high brightness images and are, though perhaps only as happenstance, likely to make good HDR displays, too. 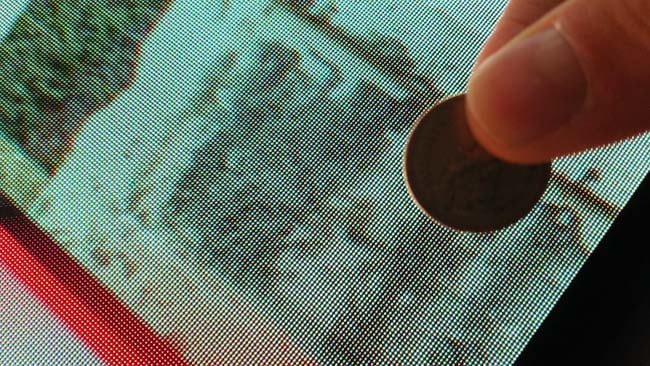 LED video wall resolution.
That's a British penny, a fraction larger than a US cent, and it's in contact with the LEDs.

As someone with an interest in the engineering of these things, a pickier, more informed audience with higher expectations is a very refreshing thing. The work has been noticed. Less-than-great pictures are now subject to criticism on that basis. Regardless, though, there's a risk that HDR is a brilliant innovation that's being squandered. Forget the trade shows. The demos that are being mounted in retail outlets are a bit underwhelming, too, and an unmissable opportunity to grab the consumer with something that's genuinely good is being, well, missed. 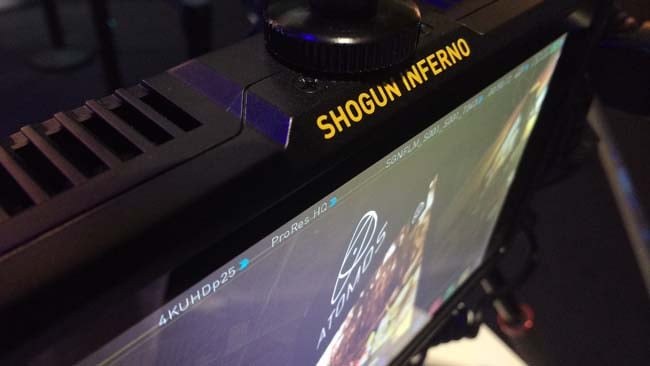 Atomos's Shogun Inferno makes HDR practical on a budget.
So far, there are very few onboard displays designed to even preview HDR.

OK, to some extent, it's the purpose of Dolby's Vision HDR technology to scale the luminance range of the signal to suit TVs. Although there are legitimate concerns over allowing a proprietary standard to become entrenched in distribution, that's a useful trick. The technical problem, perhaps, is not really in Dolby's work; it's simply that the state of the art, as regards to display technologies, isn't quite there yet. OLEDs are notorious for having excellent contrast, but perhaps less brightness than would be ideal and that's clearly being worked on. It's already perceptibly improved since the earliest broadcast monitors, which could yellow with (not much) age. Right now, though, domestic OLEDs generally don't have as much brightness as something like a BVM-X300 and even that isn't nearly as bright as the LCD-based displays that Dolby has been showing.

HDR is a fantastic technology which stands to allow people to do better work and enjoy better entertainment. Better displays will, we hope, be along soon. In the meantime, let's not mess things up by making it less than it can be.