The end of Apple Quicktime on Windows means problems for ProRes 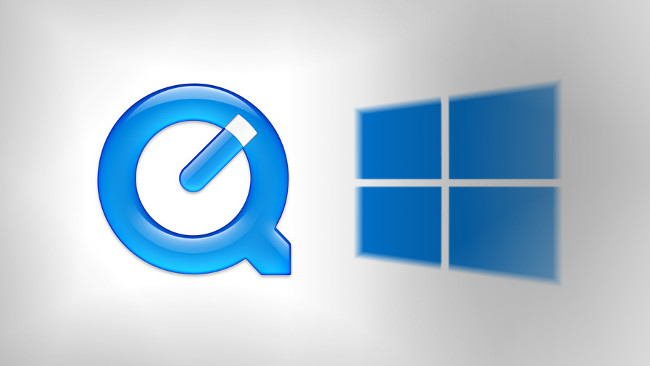 Earlier this year, Apple discontinued support for Quicktime on Windows. This could rapidly become a problem for editors everywhere as, with its passing, they lose the ability to decode ProRes on the platform and the big vendors are all 'still working' on a solution.

Earlier this year, in an announcement overlooked by more-or-less everyone except video editors, Apple announced that support for QuickTime on Windows would soon be ending. Everyone from authorities in the US to Apple itself have hinted that the right thing for Windows users to do is to uninstall Quicktime, and that's slightly concerning, because it will require companies like Adobe and Avid to do quite a bit of work to keep everything working as it does now.

The news is that the required work has still not really been done; the announcements about QuickTime date back to April, but the big NLE vendors are still largely working on a solution. In a wider context, the death of QuickTime on Windows is likely to be overlooked entirely, since there's recently been very little need to install it in the first place; QuickTime, as a common web video format, is very much yesterday's news. For video editors, though, there's one fairly big problem: ProRes.

The importance of ProRes

On a sheer technical level, there's nothing particularly spectacular about ProRes. It's useful not particularly because of what it is, but because of its integration into post production software. It's an intra-frame codec using the discrete cosine transform (DCT), meaning it works similarly to things like motion-JPEG, DNxHD and the codecs underlying tape formats like miniDV, DVCPRO, DVCAM and DVCPRO-HD. It doesn't achieve a particularly spectacular ratio of quality-to-file size, because that would require either a coding technique that works across frames, like H.264, which isn't a brilliant idea for editing, or a technique such as the discrete wavelet transform. DWT, as opposed to DCT, can work better in some ways, but tends to use a lot more CPU time. ProRes was made to be a compromise, designed for the needs of the post production industry, and it offers a compromise of CPU workload, image quality and filesize that makes sense for film and TV work.

Perhaps because it was introduced by Apple at a time when the company was ascendant in the field of video editing, the market penetration of ProRes was broad, deep and rapid. In many ways, it would perhaps have been preferable if this had instead happened with DNxHD, Avid's competitor format, which is standardised as SMPTE VC-3 and is, at least on paper, an open standard. Apple has always considered ProRes to be highly proprietary and the Windows version of QuickTime has never been able to encode it. Third-party software has occasionally been allowed to do it and, as an open source project, the FFmpeg command line tool has never cared much for the politics of corporations. Nonetheless, up to now, with the end of days for QuickTime on Windows, official support for ProRes encoding has always been application-specific, at best.

We should address the possible questions over the fact that this is only a problem for Windows people. The creative industries are something of a haven for Apple users worldwide, but the company's dominance of film and TV work is at its most complete in the US. In the rest of the world, the situation is far less clean cut and there's far lower ownership of Macs as desktop and laptop computers. Almost any other platform offers more power for the money, if the goal is a high performance workstation, so really serious After Effects and 3D rendering people have commonly been Windows users for a while, not to mention the situation with Avid. With Apple's dedication to the workstation market perhaps less clear than its dedication to the smartphone market, simply moving to OSX (now macOS) is not an attractive option for many, especially outside the US.

So, what do we lose with QuickTime? Well, we lose the crucial ability to decode ProRes, which, given the huge range of cameras and offboard recorders which support it, is something of a problem. It's only likely to be a problem for a while, of course, since it's really a problem for the application developers to solve. If you're using Premiere and you need to read ProRes, then Premiere is referring to QuickTime as an external library. That's Adobe's concern, as it is for any other piece of software which needs to read ProRes or any other type of QuickTime file. There are many other libraries which can do this. The main issues for users concern when an alternative is implemented and how much, if anything, the alternative costs.

Given the potential gravity of the problem, we might have expected to see speedier action. However, even Avid's latest advice still involves using QuickTime to allow its software to read and write the related file types. Whether leaving QuickTime installed really represents a serious issue remains to be seen; there are certainly known problems with it from a security point of view. Whether the relatively tiny number of video editors would form a worthwhile target group for online miscreants is necessarily a matter of conjecture, but it's relatively straightforward to insulate a system from most attacks in any case: reinstall QuickTime, hit 'custom install' and uncheck everything except 'QuickTime essentials'. That'll exclude the browser plugin and a couple of other things which pose the greatest risk.

Even under OSX, QuickTime is in the process of being replaced by AV Foundation. It's perhaps the most venerable of the desktop video architectures, having significantly outlasted Microsoft's similar Video for Windows effort (itself long since replaced by DirectShow and then Media Foundation). From the speckly early-nineties video of games like Myst and Riven to high-end movie production, the course of QuickTime has more-or-less charted that of desktop video production. It was never that great under Windows, with most people installing it only for the codecs and, years ago, for the web plugin. Now, though, the little stopwatch-shaped Q is clearly not long for this world. It's almost worth calling this the end of an era.