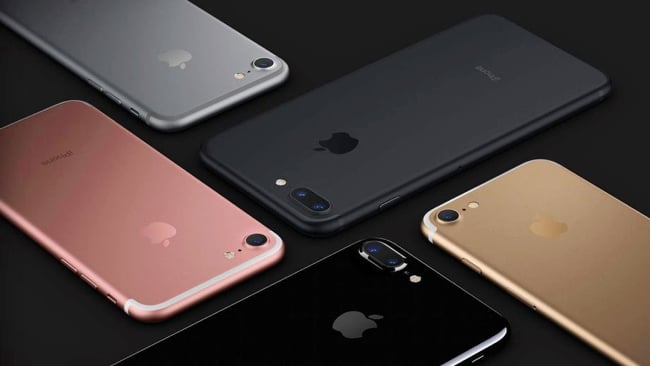 (Not so small) objects of desire: The new iPhone 7

The Apple Upgrade Program is now rolling out in the UK and China after debuting in the US last year and is the main reason why I’m glaring balefully at the iPhone 6S Plus on my desk.

I have to confess, I don’t like my phone. I had envisaged buying it and merging my tablet uses and phone uses into one device, but I find it too small to use effectively as a tablet and too large to use as a phone. UK readers might remember the comedian Dom Joly shouting “I’m on the train!” into a giant sized mobile and thus satirising the start of pervasive mobile culture a decade or so back. That’s precisely what using it feels like.

Inevitably I decided I didn’t like it a couple of days after the ‘return it for free’ period had expired with my mobile carrier (partly because my daughter had kept stealing it to hunt Pokemon and I hadn’t got to use it much). And now I’m locked in to a contract that lasts until July 2018 with a phone that means I have to carry a bag out and about wherever I go because the ruddy thing won’t fit into a pocket.

Ah well, alea jacta est. And caveat emptor too if we’re throwing around the Latin.

What hurts though is I was resigned to this situation until the Apple Upgrade Program rolled out over here. Basically it’s buying a new phone on finance, albeit a pleasing 0% over 20 months, with the knowledge that you can pay a small fee after 11 months (£49 in the UK) and trade your old phone in for a new model as long as the old one hasn’t been bashed about too much.

The advantage, apart from getting a new phone once a year? You’re not locked in to the sort of crazy deal that mobile phone operators seem to specialise in, notably the price-gouging to get the latest model. Sure, you have to sort out your own sim-only deal, but it’s an unlocked phone and you effectively have the freedom to do with it what you want. A pay-as-you-go iPhone 7? Of course, sir. Step this way.

And the advantages for Apple are, of course, legion. It’s locking its users in to the next upgrade cycles and can even predict volumes, though it doesn’t seem to have done a brilliant job of that this time round. Currently there seems to be a shortage of stock for Upgrade Program members and one enterprising chap in New York is even starting a class action suit against Apple as a delay in getting his means it’s not strictly providing him with a new phone every year.

But, stock aside, it seems like a bit of a win win and something that you can image being rolled out for many products that are heading down the commoditised and frequently updated route — though of course it means that, as a manufacturer, you’re also locked in to the upgrade cycle yourselves.

We’re not sure we see it working with cameras so much, though individual hire companies and resellers have often floated similar looking schemes in the past, as high volume seems to be a necessary part of the equation to make it work financially. Oddly enough where we do see it rolling out in the future is with cars. Leasing cars is already an established and popular method of ensuring access to transport and, with future automobile technology owing as much to IT as to the legacy of Messrs Daimler, Ford et al, we can see future vehicles being swiftly distanced by their descendants. Possibly not a new one every year, but one every three years could well be a possibility.

In the meantime, only another 663 days to go and I can upgrade my iPhone. Joy.