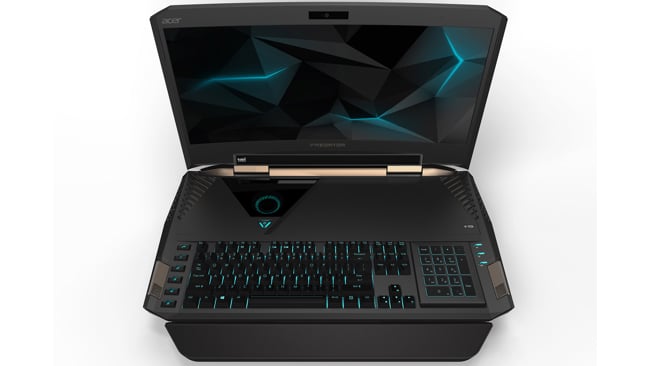 As the last major consumer electronics show before Christmas, the Internationale Funkausstellung (IFA) show in Berlin carries considerable momentum into the present-giving season and electronics firms were focussing on Virtual Reality and HDR screens to turn consumer heads.

If drones were last year’s gadget for the person who has everything, and smartphones and tablets have been the perennial gift of choice over the decade, then it’s a good bet more of us will find virtual reality gear under the tree come December.

VR was the headline act at IFA not least because as screen-based devices reach mass market penetration, as Hollywood box office receipts stagnate (outside of China) and broadcasters face an uphill battle with pure web-based providers, virtual and augmented reality is being seized on with no little optimism.

A reality check: Goldman Sachs, with its hand on the tiller of global investment, predicts that the VR and augmented reality markets will be worth $80 billion by 2025 but that figure is not so significant set against worldwide sales of smartphone last year of over $400 billion (Statista.com). Best to consider 2016 as the year zero of VR/AR market and be prepared for a long haul. Despite the buzz, it will probably take an app like Pokemon Go to ignite mainstream VR interest.

Joining the legion of VR head-mounted displays (HMD) is chip maker Qualcomm which at IFA showed off a VR reference unit which it intends to license to more consumer friendly brands as a kind of white label product. Due for release by the end of the year, the snappily named Snapdragon VR820 (after a mobile processor of the same name) was built in association with Chinese electronics company Goertek. It has a 1440 x 1440 resolution for each eye, higher than the Oculus Rift or HTC Vive’s 1080 x 1200 resolution — although the refresh rate, which helps determine how good the experience looks and feels, is 70Hz compared with 90Hz for the Rift and Vive. The headset also sports cameras mounted on the device to track head motion instead of relying on external sensor systems, a potential breakthrough in making the VR experience less nauseous.

PC and laptop maker Acer showed StarVR, a HMD developed with Sweden’s Starbreeze. These devices will be used at an IMAX VR experimental centre to be opened in LA at the end of 2016, one of several such physical VR cinema venues being built worldwide.

The cheaper and less cumbersome (though arguably not as immersive) route to VR is to use a mobile phone as the display through a removable tray that slides between the lenses and the back panel. Samsung’s GearVR is the best known but German optics brand Zeiss showed off its VR One which supports not only the Samsung Galaxy S5 but the iPhone 6 and costs just £120.

Germany’s revered Fraunhofer HHI has R&D’d this space with pilot demos of what it might be like to experience a live TV talkshow in VR. Using its OmniCam-360 camera the institute has filmed live events that can be replayed back in 3D mode by a viewer wearing VR goggles.

All eyes will now turn to two major launches targeting the holiday season: Sony’s release of Playstation 4 and the NEO VR headset and Google’s announcement of Daydream, a mobile store for VR games and apps and a leap up from its Cardboard goggles.

With the introduction of High Dynamic Range into the production and transmission workflow a hot spot at IBC this week, HDR-enabled screens are already making their way to retail.

These are being badged as Ultra HD Premium, a seal of approval which says that the display meets the specifications agreed (in January this year) by the UHD Alliance - a coalition of content owners and kit suppliers including LG, Panasonic, Samsung, Sky, Netflix, Amazon and Warner Bros to promote the new format to consumers in as simple a way as possible.

The displays have to meet specs from resolution to peak luminance, colour capacity to HDR — but they are broad enough for there to be considerable flexibility in how this is achieved.

When it comes to HDR, for instance, approaches include Hybrid Gamma Log (HLG),  HDR10 and Dolby Vision employed by different broadcasters and content producers.

LG is taking no chances showing how its new flagship G6 TV supports all three HDR routes. This means viewers can theoretically watch more content in this quality, something that LG said sets it apart from Samsung. “We’re still the only TV out there compliant with all the formats. If you want all three, the only way is LG,” a company spokesperson told CNBC.

The G6 is also capable of playing back HDR with High Frame Rate content up to 120p. LG achieved this working with the EBU and the BBC although it should be noted that frame rates for UHD sports broadcasters like Sky and BT are pegged at 50p for at least the next year.

Vendors also differentiate their product by panel technology with OLED and LCD each held up as the best way to display high brightness, subtle contrast and the blackest blacks.

Philips, for instance, launched it first OLED, the 4K 901F Ambilight which boasts HDR (via HDR10) costing £3,500. ‘Ambilight’ is unique to Philips and is marketed as way of illuminating the back of the TV to match the mood of what's happening on the screen. So if the camera plunges into the green depths of a jungle, your wall will then match the hue and you will become immersed in the experience.

German brand Loewe debuted a 65-inch OLED using a panel built by LG. The Bild 7 (‘bild’ is the German for image) is a £6000 TV supporting HDR10 and Dolby Vision and boasts a motorised stand so you can change the viewing angle without getting out of your chair.

Panasonic didn’t launch any new OLED TVs at IFA but did show a prototype of a 4K HDR OLED.

LG has gone down the OLED route but rival South Korean firm Samsung has eschewed the tech for its own ‘quantum dot’ innovation which it says is capable of producing up to one billion colours. It debuted an 88-inch unit at the show.

Vendors are also keen to syphon UHD/HDR content to their TVs. Samsung, for example, has a partnership withAmazon and Netflix to offer HDR titles to Samsung UHD TVs via their respective apps.

Pick of the rest

Acer’s 21-inch gaming laptop Predator 21 X has a curved screen and eye tracking - for esports enthusiasts. By tracking  a gamer’s eye with software, the monitors introduce new interactions like aiming, identifying enemies and taking cover simply by gazing at objects on the screen. The unit’s GPUs house Nvidia GTX 10-series cards (yes, cards) for Virtual Reality — and we'd quite like to see if it’s going to be any use for editing.

Among the plethora of smart watches perhaps the pick was the Withings Steel HR - because it is analogue. Over the top of the hands though a circular digital screen can display smartphone notifications and other data like the weather and your heart beat. File that under things you didn’t think you needed to know.

Sony’s Xperia Ear, due November, is a Bluetooth-controlled wireless earbud that will sit in your ear to give you audible updates on the weather, your schedule, and the latest news. It can also read off directions as your walking or driving, let you dictate messages, and perform web searches. It will not, however, come with science fiction-quality artificial intelligence. That’s probably next year...