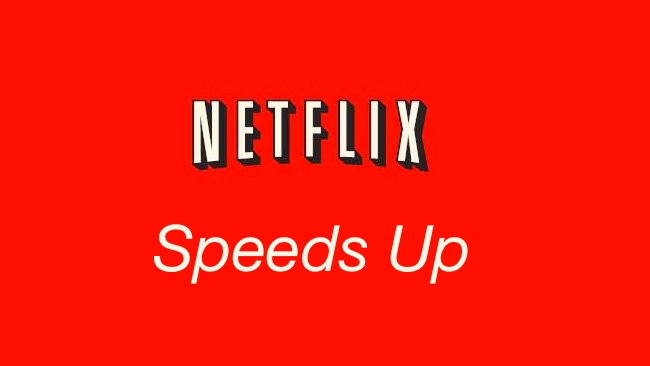 Using new technology from EyeIO, Netflix is poised to offer better quality with less bandwidth. Where's this all leading?

Just before Christmas, Palo Alto's eyeIO took the wrappers off its second-generation codec technology and started making some fairly startling claims about what it could do.

Making sure that 4K was right up there in the headlines, it said that it was pushing H.264 even further than before, encoding video 45% faster and reducing bitrates by a further 26% over its first generation tech, which was released back in February 2012. And back then it was talking about 20% -50% bandwidth reductions, depending on whether clients wanted existing quality or something even better.

Close to their chests

Not much is known about exactly how eyeIO's codec works - in fact, all in all it's a company that likes to play its cards close to its chest - though it does reveal that it uses what's billed as a "revolutionary artificial intelligence" approach to encoding and trumpets the fact that to date 65bn video frames have been produced via its software with a record of zero software crashes. Yes, zero.

This is all fairly significant, as eyeIO's single, announced customer so far just happens to be Netflix, who has been using the software to deliver its higher quality streams over the past couple of months without setting data cap alarm bells ringing at ISPs across the USA. The company would love to offer a 4k service, but ISPs are fighting back hard against any such bandwidth hogging activities, so any technology that could deliver the format without the subsequent increase in bandwidth is going to be hugely popular.

Of course, HEVC (H.265) is the direction all this is eventually going to take, but that will take time to deploy (the standard isn't even ratified yet) and also require new chipsets. eyeIO's technology uses all the existing H.264 equipment currently out there, meaning that potentially Netflix could launch a 4k service significantly in advance of any of its rivals.

All this is speculation, of course, with neither eyeIO or Netflix willing to comment in any depth on the rumours of an imminent 4k launch. But it is interesting to note that eyeIO says its StudioRes product is available for both package media and internet streaming delivery "to bring no-compromise pictures to the next generation of 85in and larger UltraHD/4K screens " which seems a bit of a clue.

Oh, and it's also working on eyeIO.265, a port of its eyeIO technology to the forthcoming HEVC. It will be very interesting to see if it can keep ahead of the bandwidth curve there too.