When NASA calls a camera revolutionary, it really means it 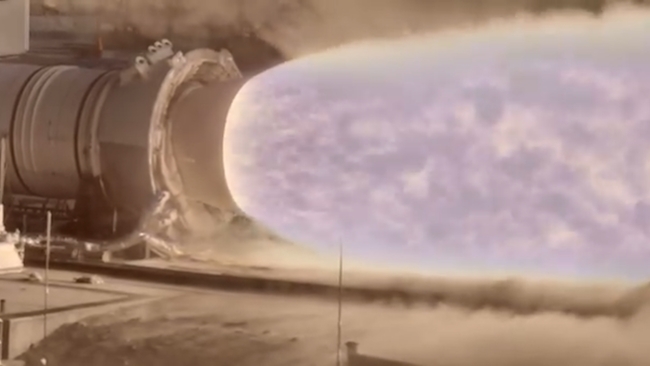 RedShark Replay: This image is from a recent test of NASA’s QM-2 rocket motor, set to be the most powerful in the world when it debuts in 2018, and it is the first outing of the Space Agency’s equally impressive new High Dynamic Range Stereo X (HiDyRS-X) camera.

NASA’s problem with filming rocket tests to see how the engines are performing is one that is going to be familiar to many camerapeople, only a touch more extreme: how do you capture extreme brightness without cutting down the exposure settings and thus losing important detail elsewhere in the frame?

The High Dynamic Range Stereo X (HiDyRS-X) camera solves this problem by taking multiple, slow motion video exposures at the same time and then combining them into an HDR video that perfectly exposes each pixel of the resulting video. And you can see the difference the new camera makes below.

We’ve seen this technology in use before from NASA. Indeed, when this video of the STS-134 launch was released back in 2011, it was a proof of concept for many people who had not seen HDR imaging before.

The HiDyRS-X first received funding last year and has been developed in partnership with the Innovative Imaging and Research Corporation specifically to get at the details within the rocket plume, but this was its first truly large scale test. And in moving from small plumes to the QM-2 it faced significant problems in adjusting for the new order of brightness which was several orders of magnitude above what had been tested before.

That though was just the start of the problems. First the camera’s automatic timer synced with the booster’s ignition failed to go off, leading to what one can only presume was a bit of a scramble for the manual override. Second, despite the three minutes of video up on YouTube of the test, the sheer power of the booster shook the ground so much that the power cable popped out after only a few seconds of the entire two-minute running.

This is rocket science after all.

Nevertheless, the footage captured is not only fascinating it has already proved to be technically useful as well. And a new, more ruggedised HiDyRS-X is in the works, featuring what NASA only refers to as “more advanced” HDR capabilities and an improved manufacturing process to enhance the alignment capabilities of multiple exposure settings.

Quite a lot of the internet is already looking forward to it too. This his one of those many times when science can be beautiful. Videos below.

And from 2011 and the penultimate Space Shuttle mission.