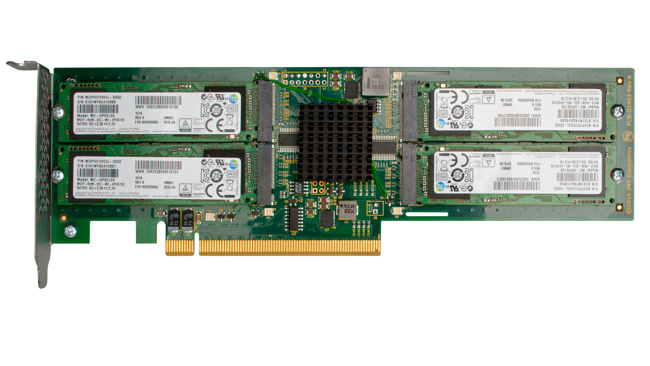 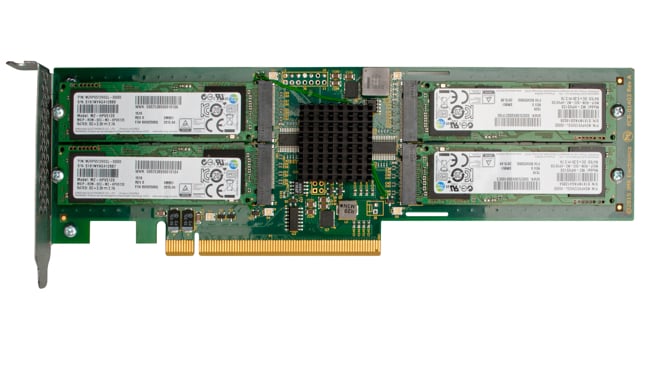 A new SSD from JMR Electronics, the 2TB SiloStor plug-in card, now means that there's no need for *any* HDD in a workstation anymore, even for high volume media storage.

There is an inevitability about the growth of Solid State Drives that makes you realise that conventional hard drives are simply an evolutionary cul-de-sac, especially when SSDs perform like JMR’s new SiloStor plug-in card.

The SiloStor is essentially a NVMe (Non-Volatile Memory Express) SSD full-length, half-height PCIe 3.0 x8 drive based on flash NAND that adds 2TB or more of internal solid stage storage to a user’s server, computer or workstation. Cheap it’s not, the list price comes in at $2,599 for the 2TB card and presumably heads north from there, but fast it is: this is the sort of kit that those who need extreme performance in the rendering or graphics space will happily covet if they can get accounts to sign off on it.

Typical random 4K read speed is given as 90,000 IOPS by the company (sequential read speed of 2150MB/s), with a write speed of 70,000 IOPS (sequential write speed of 1500MB/s), which is blazingly quick. JMR is also rather confident of the card’s longevity and robustness as well, posting out that it has a MTBF (Mean Time Between Failures) of 1.5 million hours and bundling it with a warranty of either three years or 200TBW (TB Written).

It can also be connected via Thunderbolt PCIe expansion.

Exactly when SSDs will break through to the wider mass market is perhaps a bit unpredictable, and there is a sense that there will always be a premium to be paid for performance even when HDDs are considered a thing of the past. For the moment HDDs have the edge in capacity and price, but they have already ceded performance to SSDs and it probably won’t be long before everything else tumbles to the new generation of storage as well. The tipping point is approaching fast.