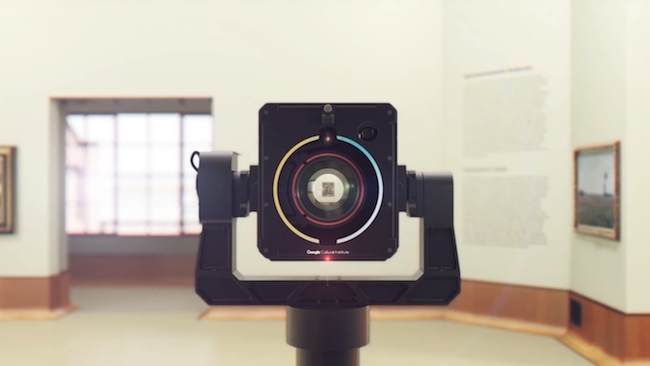 Meet Google’s new Art Camera, one of 20 units the company is building to help digitise the world’s artworks for posterity at enormously high resolution.

As befits an organisation which often has more money sloshing around its coffers than Croesus, Google gets up to some interesting and even charitable projects around the edges of its core activities.

One of them is the Art Project, part of the Google Cultural Institute (no, us neither) which since 2011 has been capturing ultra-high res images of artworks from galleries around the world and loading them onto its website for public delectation and delight. Doing this at gigapixel resolutions is, of course, a fairly labour intensive process — indeed, the company had only managed to process 200 works of art since the project started — which is why the new robotic camera has been developed.

Since then, in the past few months its added 1000 or so new works, with Google saying that what once took a day can now be done in around 30 minutes

A robotic system steers the camera and takes hundreds of high resolution close-ups of the painting in sections as it goes. It’s equipped with a laser and a sonar that—much like a bat, says the company— means that it uses high frequency sound to measure the distance of the artwork. Once each detail is captured, the images are pinged to Google’s servers where they are stitched together for the public’s delectation and delight.

There is no word yet on the ultimate resolution of the images taken, but you can certainly zoom in astonishingly close on an increasingly vast amount of works of art. And, with the company’s philanthropic sensors operating at maximum, it’s providing museums with the service for free and hopes for there to be a lot more to come too.