5G is coming soon. Will it really mean cameras with no storage? 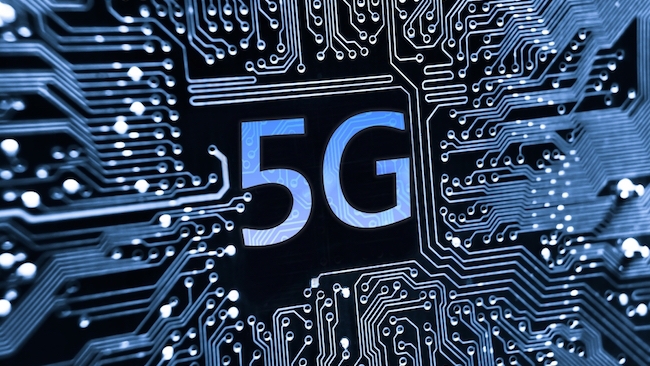 Once everything is connected to everything else all the time, the game changes in many fields.

It’s always tempting to focus on a single aspect of technology and use this as a benchmark for the performance of the rest of the field. Like the iPhone, for example. It’s over 100 times faster than the original one, in just eight years. But this isn’t the most reliable of measures, particularly because it ignores the network effect, which is that when you allow your devices to talk to each other across a network, and that network is very fast, the overall performance of the system completely changes. It changes in a way that effectively multiplies resources together, rather than just adding them. You can’t judge this from a single device like an iPhone.

Look at Uber, for example. There’s nothing especially clever about their technology. It’s slick, and works well, but that’s because of the platforms it’s built on, and not because of anything in particular that Uber has invented. What Uber relies on most is smartphones and wireless networking. Oh, and GPS too. Smartphones provide the battery life, the User Interface, sensors, wireless connectivity and GPS. The Wireless networking allows communication and for the Uber App to feed back the precise location to Uber’s servers. GPS, which has been around for decades, provides the location services.

It’s the combination of all of these technologies that makes Uber possible. By itself, Uber, when it was a start-up, would never have been able to invent all these things. Launch a constellation of GPS satellites? Nope. Design a mobile operating system? Nope. Build a cellular data network? Absolutely nope. And the same for about a hundred other things that they wouldn’t have been able to build either.

So the ability of disparate technologies to come together to form useful things is a very powerful effect. It becomes an almost unimaginably bigger effect once you start networking things together.

The outstanding example is the internet. It’s so much part of everything we do today that we don’t even think about it. It’s like a water supply, or electricity. Mostly it comes out of a hole in the wall and we don’t ever have to pay attention to it until it stops working. Being disconnected from the internet unexpectedly is actually quite traumatic for the average connected digital citizen.

At first we were literally wired to the internet. Then, around the turn of the century, WiFi started on the path to ubiquity - but only in hotspots. 4G is the closest we have to homogenous fast internet, but it is actually very patchy - not only geographically but in terms of the devices that can use it.

But this is where it gets really rather interesting. 4G speeds can be as good or better than fixed broadband. But if we could improve significantly on this, it would mean that everything, and I mean everything, could work wirelessly. Including fast storage, uncompromised video transfer, and even (or especially) shared or distributed processing.

And there’s more. the successor to 4G, which I’m reliably informed is going to be called 5G, is already being tested. Part of the brief for the new standard (which isn’t yet a standard) is that it should not only be faster, but more inclusive and reliable. (Reliable in the sense that connection should be more constant). How is this to be achieved? Well, the technology in high speed data transmission is so complicated that you’d almost have to be sedated before any attempt to understand it deeply. But it’s well tried. All sorts of techniques - including multiple aerials - are used. The idea is to squeeze the absolute maximum amount of data into the available channels. Faster, smaller, and less power hungry chipsets help with this. Better digital signal processing builds on the generations that came before. Unbelievably, speeds of ten to a hundred times those of 4G are being claimed. That would mean that we can expect gigabit and well beyond.

But even that isn’t the main thing about 5G. It’s big, but not the biggest. By far the most important thing about the new generation of mobile data networks is that everything is expected to contribute to it.

Right now, Bluetooth, WiFi, Cellular data, Zigbee (yes, there is a wireless protocol called Zigbee!) all exist in their own domains. There is no communication between them. The only sense in which they share anything is that is that they each grab a slice of the available electromagnetic spectrum.

But with 5G - or at least this is the aspiration - all of these networks will unite to give a homogenous fabric in which everything is connected - all the time.

It’s the “all the time” bit that is the most significant here, because if there’s one way to describe being connected to existing networks, it’s certainly not “all the time”. It’s more like “on occasions - especially if I’m moving”.

This matters. For example, it’s going to be a lot easier for driverless cars to navigate themselves through landscapes that would be ambiguous even to a human driver. If cars talked amongst themselves about their intentions and their “perceptions”, there would be a much greater “awareness” of the surroundings and of future movements and positions. Vehicles would literally be able to see around bends because cars that were out of sight would nevertheless be part of the driverless calculation.

You’d probably never reach the stage where a driverless car relies on mobile data to let it “see” the world, or for its most basic, safety-related tasks. But you could envisage journeys that were faster or safer if the host vehicle had real-time “network vision”.

For video makers, it means that for the first time, you might have cameras with no storage. Instead, video would be uploaded to the cloud in real time. If that sounds impossible now, that is the whole point about 5G. It’s the difference between the possible and the impossible.

Beyond that, everything changes. Imagine a stadium full of smartphone users. A single smartphone is as powerful as a small laptop these days. Imagine sixty thousand of them, all working on the same problem. Now imagine sixty million. And then add in all the smart devices that will range in size from supercomputers to sensors in household bricks the size of grains of rice.

This increasingly granular network will become faster (because the more nodes you have in a network, the faster it gets) and more powerful, as the same factors behind Moore’s law will still apply, and because every additional device adds processing power to the network.

This should be, in perhaps five to ten years time, the network that is everywhere. It will be fast, persistent, and will become central to our lives. And just because that’s the way that progress works, 5G will be the forerunner to something even more incredible.