Why conspiracy theories rarely work out 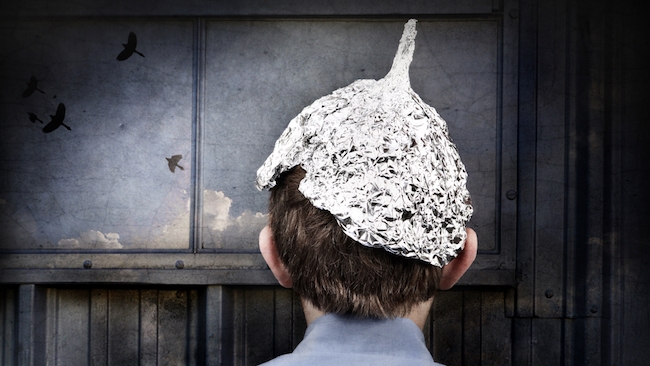 AKA: Yes, we did land on the Moon. It’s often been said that the problem with keeping conspiracies under wraps lies with the amount of people that would have to be involved, and now there’s a mathematical formula that describes it.

As long-standing readers may know, we do like rebuffing the odd conspiracy theory here at RedShark. As space buffs, for us it tends to start and finish with the Moon landings (we won’t rehash the arguments, but you can read more about it all here Why the Moon landing was not a hoax filmed in slow motion), but for others NASA’s supposed clandestine filming of the space missions is only the jumping off point for a whole range of ideas, from chemtrails to Rods to the Taos Hum to the collected works of David Icke.

Quite why large sections of otherwise sensible humanity are so wedded to ideas that are definite outliers on the sanity curve is beyond us (and we look forward to comments along the lines of ‘Wake up sheeple’ just for typing that). But we are indebted to Oxford University’s Dr David Grimes who has come up with an equation to describe just how long conspiracies are likely to stay hidden before being revealed.

You can read the full article in the PLOS One journal here: On the Viability of Conspiratorial Beliefs.  But here’s a quick summary courtesy of the BBC’s article on the subject:

“To derive his equation, Dr Grimes began with the Poisson distribution, a common statistical tool that measures the probability of a particular event occurring over a certain amount of time. Using a handful of assumptions, combined with mathematical deduction, Dr Grimes produced a general, but incomplete, formula. Specifically, he was missing a good estimate for the intrinsic probability of a conspiracy failing.”

This is where it gets interesting, as Dr Grimes then analysed data regarding three exposed conspiracies to come out with a decent numerical probability of a hidden one failing. These included the US NSA’s PRISM surveillance program that involved around 36,000 people and was exposed by Edward Snowden after six years; the Tuskegee syphilis experiment (6,700 people, 25 years, and a real shocker too may we add — Google it) and finally an FBI scandal regarding forensic analysis that involved around 500 people and was also exposed after six years.

All of which led him to conclude that the best case scenario probability of a conspiracy failing, either deliberately or accidentally, was about four in one million

He then applied the equation to four famous current conspiracies and came up with the figures that if climate change was a fraud it would be exposed in 3 years 9 months due to the 405,000 involved; a vaccination conspiracy would be unmasked in 3 years 2 months (736,000 conspirators); and suppressing a cure for cancer would only last 3 years 3 months (714,000 people).

As for the Moon Landings, Dr Grimes estimates that a cover up would have involved about 411,000 employees and that any hoax would have been revealed after 3 years and 8 months. Indeed, given its half century history, only 251 people could have been involved in filming any moon landing hoax at the time for it still not to be a matter of public record.

His conclusion is worth repeating:

“While challenging anti-science is important, it is important to note the limitations of this approach. Explaining misconceptions and analysis such as this one might be useful to a reasonable core, but this might not be the case if a person is sufficiently convinced of a narrative. Recent work has illustrated that conspiracy theories can spread rapidly online in polarized echo-chambers, which may be deeply invested in a particular narrative and closed off to other sources of information.”

Insert your own joke about the merits of Camera A over Camera B here.

And for all those that are still looking to mount some grand scale deception of their own, the figures recommend that under 1000 people be involved to keep something quiet for a decade, and if you want a century’s worth of secrecy you need to limit plotters to 125 people.