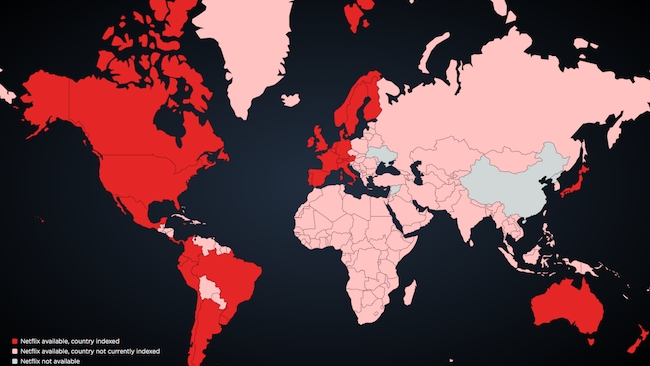 The sensible conclusion that many people reached after CES was that you would not want to buy a television set that was anything but HDR 4K. Latest figures show that it’s going to be a long time before broadband speeds can deliver that content, however.

The latest release of the Netflix ISP Speed Index makes for salutary reading for anyone that’s looking forward to streaming 4K content into their living room. For, while the company itself recommends a minimum download speed of 30Mbps to stream Ultra HD, the number of countries able to provide that on a national basis can be neatly summarised as zero.

And it’s worse than that, they’re not even close.

According to the company’s figures from December 2015, the country with the fastest average connection is Luxembourg which provides its citizens with an average of 4.12Mbps. Canada knocks the USA into second place in the Americas, with 3.46Mbps just edging 3.45Mbps, while New Zealand shades it in the Asia-Pacific with 3.77Mbps.

Other countries of note include the UK (3.69Mbps), Germany (3.78Mbps) and Austria, which somehow manages to prop up the European league table with 2.70Mbps. Costa Rica is the slowest country that Netflix indexes, its citizens logging on at a mere 1.87Mbps.

Obviously this table is going to change immensely within the next few months as — hopefully — the company starts providing data for all the 130 countries it expanded its service to during CES. Certainly it will be interesting to see how some of the much lauded South East Asian networks measure up in terms of sheer speed.

There are two real problems here, though. First, Netflix’ own help files suggest that a minimum of 5Mbps is needed for reliable HD streaming and, while in urban centres that may be possible, countrywide it certainly isn’t. And second the minimum speed for Ultra HD may be a lot higher than even Netflix is suggesting.

Reports out of the UK suggest that BT, one of the few ISPs to have established a 4K service, is declining to progress orders unless a minimum estimated speed of 45Mbps can be guaranteed, the headroom being necessary for other users in the household, phone calls and the like. And, once inside your house, a physical Ethernet connection is also being insisted on.

One thing worth noting: the UK government defines super fast broadband as 24Mbps. Clearly, until compression technology improves, Ultra HD in the home is going to need a new definition of super mega high speed or some such before we’re streaming it into our living rooms.

What broadband speed are you getting at home? Let us know in the comments. House swaps considered...