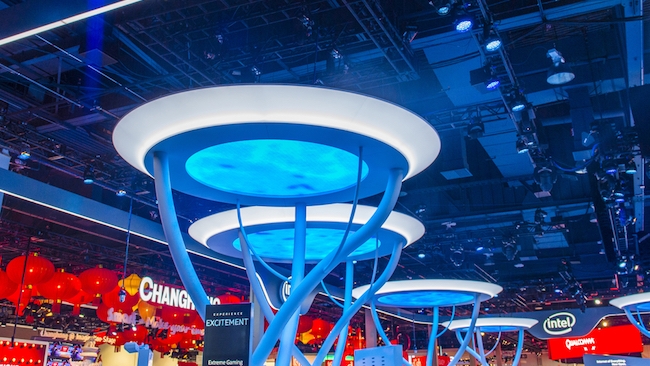 The tech world returns from its festive break with a bang as the mammoth CES 2016 starts in Vegas this week. With the round of press conferences kicking off today, we take a quick look at what might be making the headlines as the week unfolds.

CES this year is bigger than ever, taking up a mammoth 2.4 million sq ft of exhibition space, up 200,000 sq ft from 2015. Undeniably, it's bigger, but is it better as well? That seems to be slightly more debatable, with the buzz this year more characterised by evolution and practicality than innovation and the wow factor (though if you really want an alarm clock that will wake you up the to the smell of cooking food, this is apparently the place to come).

Much of what we will see looks set to be know already: it will just be better packaged, more user friendly, and hopefully even cheaper than before.

Televisions are one of the tech heartlands of the show and the main battleground between the Far East manufacturers that dominate the industry will probably be in bendiness rather than out and out size this year. LG launched a peelable set that you could stick on a wall last year, and it will be interesting to see how far progress in that areas has extended.

4K is, of course, a given at the consumer end now and expect to see HDR feature heavily in both the sets on the floor and the industry agenda. Whether the industry can get behind a HDR standard in time for the Olympics this summer is doubtful, but 4K HDR is probably going to be the base spec of any sets sold from this summer on, aided and abetted by the first HDR Blu-ray players which should break cover at the show. The only real question about the immediate future of the domestic set is whether more people will follow LG down their current OLED path (though, as a side issue, there is also the television's role at the heart of the developing smart home systems to consider).

Some consumer market cameras may break cover at the show, though the camera rumour blogs have been very quiet over the Christmas period, but anyone interested in the bit of the industry where they get mounted on UAVs will have a field day. The drone zeitgeist shows no sign of abating just yet, with some genuinely interesting technology such as new, specific chipsets from Qualcomm (Snapdragon Flight) and Intel on show, not to mention a hydrogen fuel cell which could allow machines to stay airborne for hours. And GoPro's Karma might even put in a rumoured early appearance.

Definitely on show will be HTC's Vive VR headset, which indeed we ought to know a lot more about within the space of 24 hours. The headset should have been on the market by now, but was delayed to incorporate what HTC said was “a very big technological breakthrough”. A press conference later today will reveal all. Sony and Oculus all have announcements lined up for the next couple of days too.

There are also some rather interesting rumours of a batch of new headphones reaching the market driven by Apple’s Lightning connector and effectively allowing a digital audio signal to be sent from the iOS device of choice to the cans where they can be processed by onboard amps and converters.

Elsewhere, it will be all about cars and automobiles (VW’s new electric microbus already seems like a show stealer), smart home technology, a wearables market that seems stalled at the Fitbit level, rideables (hoverboards have already been banned from public areas) and more. That’s the thing about CES: it might be more evolution than revolution this year, but the sheer variety of tech on offer never makes it less than fascinating.