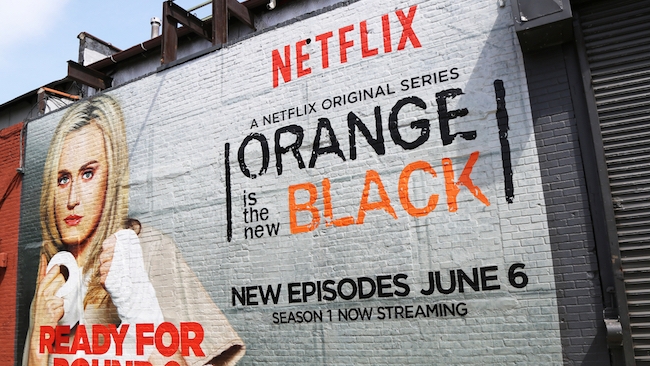 It is one of those counter-intuitive sounding things, but Netflix has a new plan for making sure that its video content hits your monitor in the best condition possible, even if that means lower resolution.

The new scheme is called “Per-Title Encode Optimization” and, as the name rather implies, it means it is now analysing the content it offers and delivering it in different resolutions depending on the nature of the title in question.

What, you say? You mean they weren’t already doing this?

There is lots of detail on the Netflix Tech Blog, but what it seems it’s been doing since it first adopted H.264 over five years ago is using a fixed bit rate ladder that matched resolution to bitrate at a level that didn’t result in significant encoding artefacts. Thus a 320x240 image was encoded at 235kbps, while Full HD had 5800kbps lavished on it.

The corollary of course is that for some HD content — the company uses cartoons as an example — 5800 kbps is like using a sledgehammer to smash a walnut: complete overkill. It also means that a customer living in an area of poor bandwidth is automatically busted back to SD to watch the same cartoon, one they could be watching comfortably in HD quality.

It’s a ‘one-size-fits-all’ approach that doesn’t work all the time. The company says, and we quote: “Encoding high complexity scenes [and by this it means anything from action to shots with a lot of grain in] at 1920x1080, 4300 kbps would result in encoding artefacts such as blocking, ringing and contouring. A better quality trade-off would be to encode at a lower resolution 1280x720, to eliminate the encoding artefacts at the expense of adding scaling.”

Lower the resolution to improve the quality.

A quick survey of a selection of its titles revealed that there were a lot that could be encoded at lower bitrates, thus freeing space on the Netflix servers amongst other things, and others that needed a lot more, 8000kbps and above. Thus the company is embarking on a new scheme of producing per-title bitrate ladders, presumably using a lot of cloud computing power in the process.

The company gives two examples to show what it’s on about.

BoJack Horseman is an animation with simple content - flat regions and low motion from frame to frame. In the fixed bitrate ladder scheme, 1750kbps was used for the 480p encode, whereas under the new scheme it can start streaming 1080p video at 1540kbps.

The somewhat more complex (in all aspects) Orange is the New Black, gets 4640 kbps for the highest quality 1080p encode, a 20% saving over the 5800 kbps allocated via the fixed ladder scheme. Quality is unaffected, whereas the impact on server space and data caps is all positive.

Of course, Blu-ray and DVD titles have been encoded in a similar manner for years, and it’s good to see the technology finally being rolled out to streamed content. But, without wanting to upset anyone, there is another, and arguably simpler, way that Netflix could ensure good quality downloads in low bandwidth areas, and it’s something that Amazon Prime started doing over the summer: simply let viewers download their content.