A few years ago, "portable" meant something a bit different 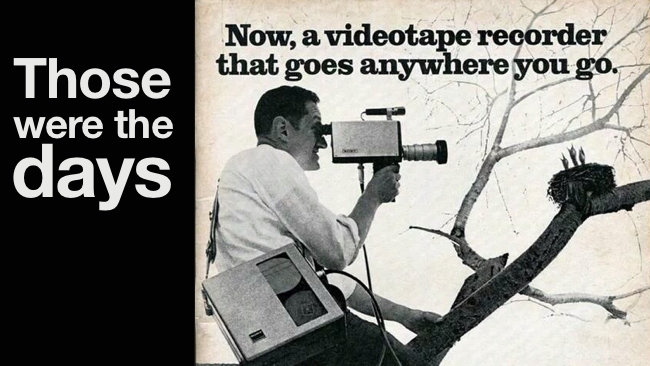 When we see pictures like this, it jolts us into realising how lucky we are today to have smartphones that can easily outperform this undoubtedly advanced for its time VTR from the seventies. At my school we had a non-portable VTR of the same sort of vintage, but to us it was miraculous.

Until this thing arrived, the only way to store moving images at a sensible budget was 8mm film, which I used extensively in some stop-motion animation projects during my school lunch breaks. Making the film (maybe three seconds at a time) took ages, and then we had to wait for it to be developed and for the results to arrive by post.

So when the VTR arrived, it was like a visitor from the future. For the first time, we could shoot our moving images and see them played back immediately, a bit grainy, but remarkably sharp, and resolutely black and white.

Sony CV 2000 monochrome reel to reel VTR - thanks to www.rewindmuseum.com

Around the same time, my dad, who had just visited NASA, showed me an HP 35 scientific calculator, given to him by the space agency. This shirt-pocket sized device went way beyond the “standard” calculators of the day and was at ease with scientific notation and logarithms. He let me take the device to school, where the rest of the maths class was still using sliderules. 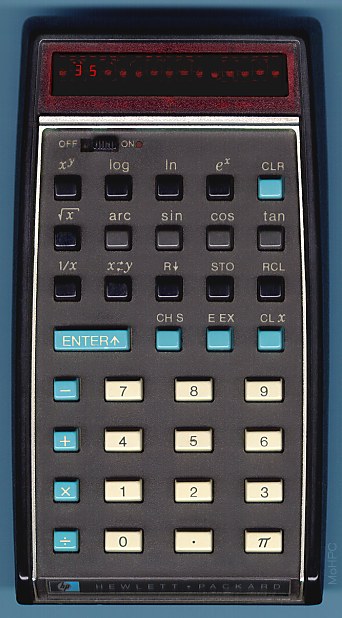 It’s the same story with the black and white VTR and the calculator. Both incredibly advanced at the time they were for sale, they are now mere historical relics.

The calculator is now just an app running on a smartphone, and VTRs are virtualised as well, in the form of file playback devices, either in a laptop, tablet, cellphone or even studio deck.

Smartphones are around a billion times faster than the original HP 35 calculator, and you can now buy solid state HDMI and SDI 4K recorders that look like alien artefacts in comparison with the vintage Sony VTR.

To say that today’s state of the art in consumer and professional video electronics is impressive is a massive understatement. And it’s no less staggering to consider that, because of the exponential rise in the power of technology, in as little as ten years time, today’s products will look as old-fashioned as the one pictured above.