Why is LiFi suddenly in the news? 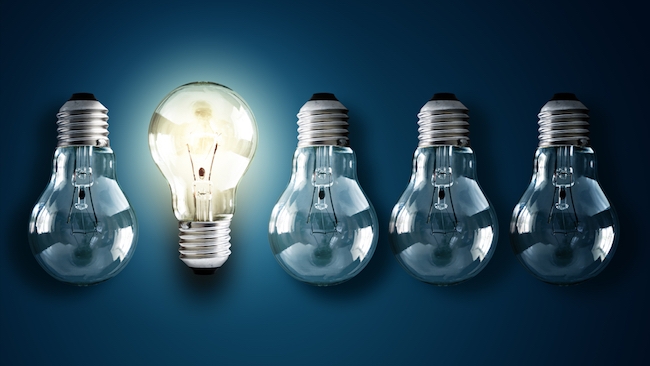 Visible Light Communications (VLC) technology could soon be transferring data round your home at impressive speeds - all via your light bulbs. But why are we talking about it now?

First off, as a concept, LiFi has been around for a few years now, first being coined in a TED talk in 2011 by German physicist and professor of mobile communications at the University of Edinburgh, Harald Haas. Since spun out into a commercial venture called pureLiFi, the technology works by modulating a LED lightbulb at an intensity undetectable by the human eye but extremely detectable by a special photodetector. This can be done at the nanosecond level, with all sorts of wild theoretical data limits up to 224Gbps being posited as a result.

The reason this is being talked about now is that an Estonian startup called Velmenni used a Li-Fi-enabled lightbulb to transmit data at around 1Gbps last week and, according to the International Business Times, its CEO is talking about the technology going mass market by the end of the decade.

Basically it looks like there’s been a well placed press release that has ignited interest in the technology again (especially given that a quick Google will reveal that reachers have already bust quite a long way past that speed).

This will be familiar territory for anyone who knows their Gartner Hype Cycle — the Peak of Inflated Expectations is where the media speculation is at its most intense and some of the claims at their least investigated.

Indeed, there has been a fair amount of excitement about this, which is perhaps fair enough when you consider that the WiFi standard that most people are familiar with, 802.11n, tops out at 72Mbps (which is where some of the 100x faster than WiFi headlines have come from).

However, there are plenty of speedier WiFI specs down the line ready for mass market adoption that can take advantage of MIMO (Multiple Input Multiple Output) and other technologies and don;’t require that whole paradigm shift. 802.11ac raises the bar to 500Mbps and is already incorporated in MacBooks and HP laptops, while the Wireless Gigabit Alliance’s WiGig takes that even further, using the unlicensed 60Hz band to ramp things up to 7Gbps.

And there are issues with LiFi tech too, most notably that it doesn’t go through walls, and data transfer speeds are much impacted when going via reflection. It’s also not going to work outdoors and there are some potential security problems to be addressed too.

Nevertheless, it is interesting and this could be an early indication that there might be some new developments worth talking about when CES starts in January.