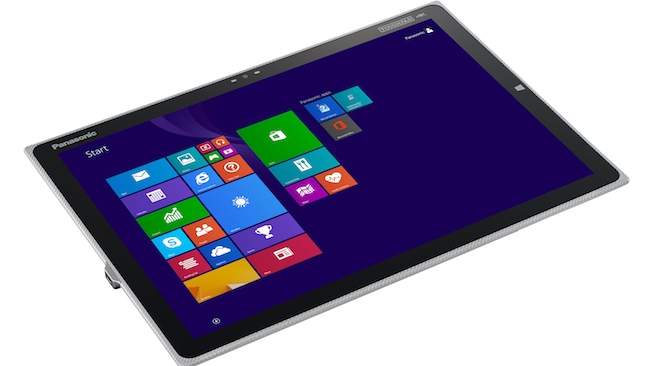 Panasonic’s ruggedised 20in Toughpad was initially aimed at industrial uses, but it’s just had a significant performance boost and a HDMI 2.0 input to make it at home on a film set too.

Some machines are just so tough that they achieve legendary status based on durability alone: the Toyota Landcruiser, for example, or Toshiba’s 1987 T1000 laptop that gained such a reputation for indestructibility amongst journalists that it was still in use in the field a very long way past obsolescence.

Panasonic’s Tough series is aiming for the same sort of reputation and the new Toughbook 4K Performance is making a serious play for the film production community. It’s like an iPad Pro, except bigger. And, of course, tougher.

The Toughpad 4K Performance model now features an HDMI 2.0 input and, via some proprietary software, supports DCI 4K, allowing videographers and photographers to plug cameras directly into the device so its 3840 x 2560 LCD can serve as a viewfinder as well as a workstation.

The Windows 10 unit also supports HDCP 2.2 for DRM to protect content by creating a secure connection between the tablet and source, and is powered by Intel i7-5600U vPro processor and an AMD FirePro M5100 graphics chip.

So, it’s got the grunt but how tough is tough? Panasonic claims an annual failure rate of Toughbook mobile computers and Toughpad tablets of 2.4%, roughly six times less than the industry average, though it also classes the Toughpad 4K as only being ‘business rugged’, meaning a 2.5-foot drop rating (bottom side) and a 1-foot drop rating over 26 drops. It also features a Magnesium alloy chassis and GFRP rear case fo rprotectuon against humidity and dust. (For the curious, fully rugged tends to mean surviving a drop from ‘handheld’ height and an all-weather IP65-compliant dust and water resistant design.)

All that toughness still costs, however, and the upgraded Toughpad 4K Performance model with Windows 10 Pro is available now at a list price of $4,229. A Windows 7 model will soon follow in January 2016.