IBC2015 in the rear view mirror 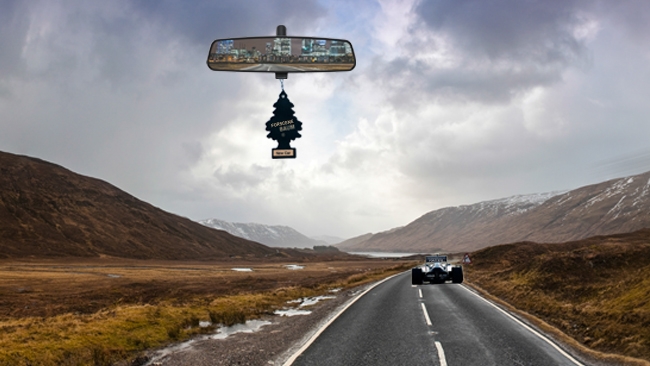 Another IBC is over, a week of long days and late nights are done and we can return to the relative normality of the office. As usual, the show was enormous and I heard some scary figures from people about how many miles they had covered walking around the halls.

Every year, IBC has an official theme; this year's theme was 'Content Everywhere', but there are also the trending technologies that create the actual themes for the show. One of the themes for 2015 was again 4K; with both Netflix and Amazon offering 4K streaming, BT Sport launching a 4K channel and Sky promising a 4K channel soon, there is obviously a lot of 4K production in the pipeline. 4K cameras are everywhere and post-production systems are all adding 4K capability. The cost of a 4K TV for consumers has fallen below the magic £500 mark, so a lot of people are buying them, even if they don’t realise that there is precious little 4K content as of yet.

In the Future Zone at IBC, they were already demonstrating 8K TV. Personally, I think that is a bit of a stretch for the average living room, but if you have a spare $133,000, you can buy an 8K set already from Sharp. One area where 8K resolution might make sense is sports. A locked off 8K camera covering the entire playing area could be useful as a master source from which HD or 4K content could be generated, both for the broadcaster and for the officials, ensuring that no part of the game was ever missed. I wouldn’t like to think what the bandwidth would be to stream 8K content to the home though!

I am personally very glad the see that 3D (or to be more accurate, stereoscopic) has faded mostly into obscurity. Most broadcasters have quietly shut down their 3D channels and nobody is really pushing the whole 3D thing anymore. Even Hollywood seems to have gone off the idea with the number of 3D movies falling. In 2012, 41 movies had 3D attached to them. In 2013, 35 movies. And in 2014, just 28 movies involved 3D. Certainly, my own experience was that, whilst the production and post-production processes involved far more equipment and potential for error, clients were unwilling to pay much of a premium for 3D programming. Goodbye 3D, see you in another 20 years.

The omnipresent thing at IBC this year was 'The Cloud', with many manufacturers offering cloud-based solutions for storage, review and approval, sub-clipping and logging. It was interesting to see that the only offerings with real editing like Forscene were really 'remote access' systems, rather than truly cloud-based solutions. With the addition of more video and audio tracks, auto sync, multicam and AAF import, Forscene is developing into a remarkably powerful editing tool. The freedom and flexibility it offers to production teams allows for considerable savings in both time and money, something which is increasingly important as programme budgets continue to shrink.

Forscene had a great show; we had a car racing simulator on our stand which attracted a lot of visitors. But it was not just a gimmick. By streaming video and audio feeds from the two cameras and the simulator itself, we were able to demonstrate our 'Boxless' workflow, with the feeds being transcoded in the cloud into our proxy format. This allows editors to edit the race almost live (about 20 seconds behind live, to be exact) using a cloud-based editing system that will run on any computer and only needs 1.5Mb/s Internet bandwidth. (To put that in perspective, your 3G connection on your mobile should be twice that!) This workflow then enables you to publish directly to YouTube, Twitter or a content delivery network without a hardware box in sight. This has enormous potential for sports, news and other live or near-live workflows and has already been used for a major European sporting event this summer. Certainly, the visitors I demonstrated the system to were blown away by the possibilities.

Looking back, IBC was incredibly successful for us; the response of all the visitors to the stand was overwhelmingly positive and we have an enormous number of leads to follow up on. I see great things for Forscene going forwards and I definitely think we are in pole position for the race to NAB.