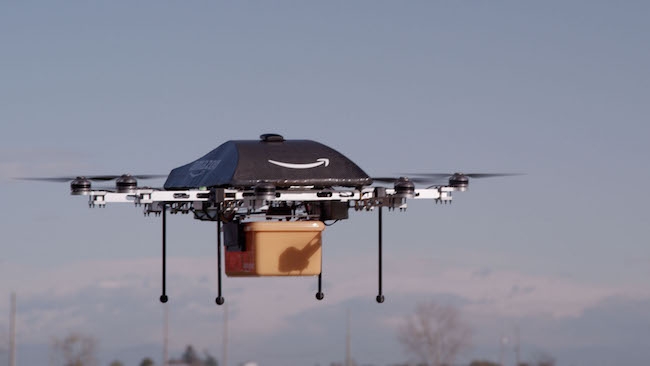 In yet another bid to kickstart the prospect of autonomous drones delivering its packages anywhere in under 30 minutes, Amazon is lobbying for the 200ft to 400ft slice of airspace above the world’s cities to be given over to sophisticated and autonomous drones.

According to the UK’s Guardian newspaper, Amazon unveiled its plans at a NASA UTM Convention at NASA Ames in California, and was mindful to set out certain safeguards, namely that the drones must be equipped with

“The way we guarantee the greatest safety is by requiring that as the level of complexity of the airspace increases, so does the level of sophistication of the vehicle,” said Gur Kimchi, vice-president and co-founder of Amazon’s delivery-by-drone project, Prime Air, who addressed the meeting. “Under our proposal everybody has to be collaborative – vehicles must be able to talk to each other and avoid each other as the airspace gets denser at low altitudes.”

It’s an interesting proposal, and one that you can see perhaps having enough technological and business innovation momentum behind it to eventually get somewhere, though Amazon’s confident assertions of it being possible within the next decade seem optimistic. We would suggest that 5G networks will be a benchline requirement at least.

For the moment though it does seem to have pulled off the enviable trick of uniting the various global aviation regulators and the current drone industry (which is mainly supplying hobbyists who are occupying that precious 200ft) together in opposition to the proposals.

You can have a look at the positioning documents, courtesy of the Guardian, here: Revising the Airspace Model for the Safe Integration of Small Unmanned Aircraft Systems. 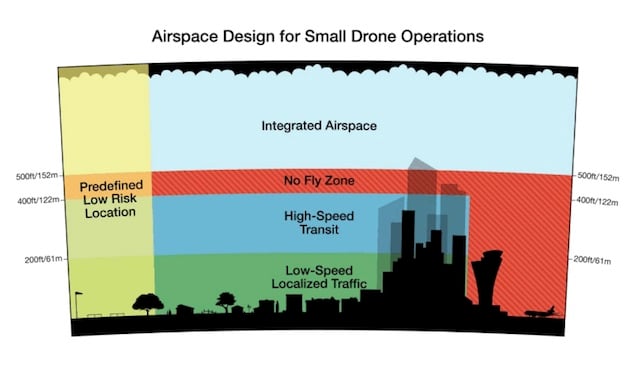