Lighting is not just important: it's everything! 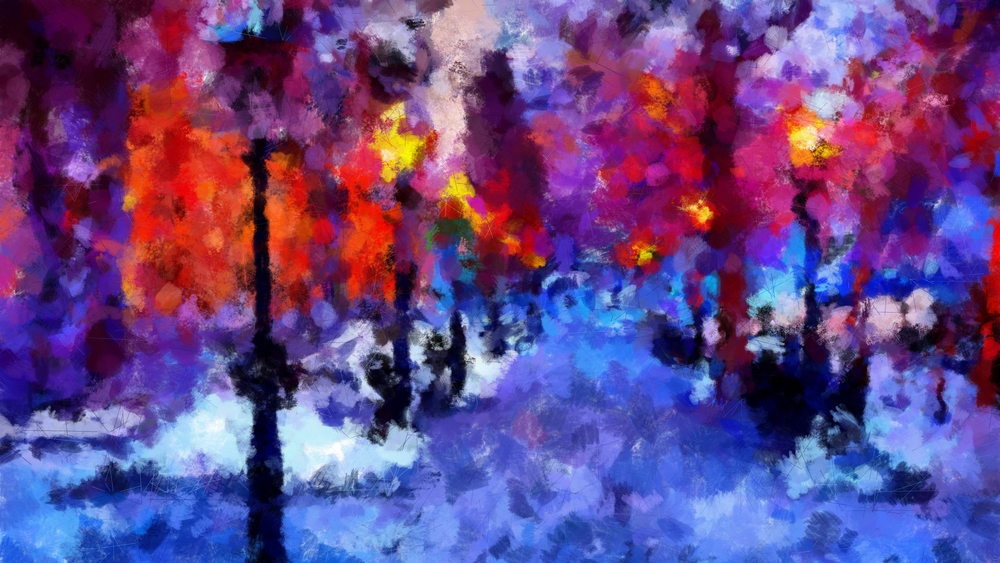 Just stop for a minute and think about what it is that makes a great image. Yes, its the subject - you have to have something to point the camera at; and yes, it's the camera itself - although they type and quality of camera you need depends very much on how you define "quality" itself.

But a hundred percent of the time, what matters most is light. And this is not just a case of stating the obvious, because everything about the way you light an image will affect the image itself. In a sense, the image is the light.

"The image is the light": that's true in a very literal sense. The French Impressionists knew this. What distinguishes impressionism from previous schools of art is that the French painters simply painted what they saw, not what they thought they saw.

What does this mean? What does it mean to paint what you see as opposed to what you think you see?

It's all about how the brain works. Let's say you're at an art class, and the teacher asks you to paint a chair. The first thing you'll do is look around to find one. You'll use your knowledge of "Chairness" to select a suitable subject for painting. You'll have an internal process that applies a set of rules to the objects you see in the room.

You won't realise you're doing it, because it's completely automatic, but the process will be something like:

1) Look around the entire room. Make a rough note of what's there and where.

3) In that latter category, you need to separate chair furniture and non-chair furniture. So you might note that there's a table, and that it has four legs, but you don't sit on tables. Chairs can be loosely defined as furniture that you sit on.

Whatever the actual process, the nature of it is that you're going through a set of pre-known ideas (objects and categories of objects) and applying them to things in the real world. You're matching your existing knowledge with what you see out there.

So when you paint a chair, you're painting it *as an object*, because you're using your knowledge to inform the image that you paint. For example, even if one of the legs is obscured by another leg, you still know that the chair has four legs. You could paint it "from memory" from another angle, without ever having seen all four legs. The fourth leg would be "made up", but you wouldn't know it from the painting, because it would be unlikely that a chair would have three legs all the same, and one completely different.

French Impressionists tried to bypass their intrinsic knowledge of objects and the world by painting light exactly as they saw it. They wouldn't carefully guide their brushes along the edges of a chair leg: instead, they'd paint the light they saw coming from the object. And if that light was ambiguous, or didn't add to our physical knowledge of the object, it didn't matter: what mattered instead was how the light behaved.

The result was a different type of art, where you could certainly distinguish objects and people, but where boundaries were less distinct and based solely on the behaviour and appearance of light. The edge of a shape had no more priority than a dappled reflection off the surface of a piece of glass. In a sense, the artist was leaving the interpretation to the viewer. It was, perhaps, the earliest example of "raw" format imaging.

There was, of course, plenty of room for artists to impose their style on the image. Impressionist paintings still record the artists' interpretation of a scene - but it is done at a different level; one where the abstract elements are stored as light impressions rather than a rigid "components".

The effect is magical. It is one of my favourite styles. And it led the way to more modernist forms of art once the shackles of object-oriented painting had been thrown away.

Because what is photography, (with still and moving images) if it is not the process of recording light? Film doesn't care if the crystals on its surface represent a person, a chair, or an abstract cloudscape. There's no object orientation or recognition with film. Same with pixels. These technologies record light and nothing more.

In fact, it takes high technology to recognise objects in a photographic image. It's still a challenge, although some areas are getting very good, like face recognition. It is this reverse process (of recognising objects) that is the biggest hurdle in making robots understand the world. They may be able to sort spanners in order of size, but put them on a busy street, and the sheer visual "noise" is overwhelming. This, too, will change, as the push for driverless cars makes the technology commonplace.

So, photography, still and moving, is absolutely and completely about light. The light is the image. You could even say that, with cameras so good these days, and the ability to crop (ie alter the composition) from very high resolution images, the closest analogy to the modern role of the painter is the person who's in charge of lighting.